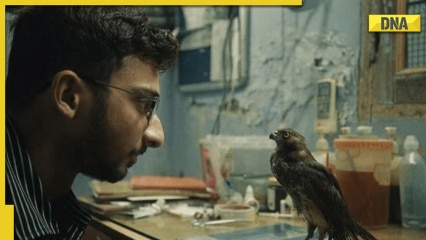 Documentary All That Breathes has raised the Indian flag at the Oscars by garnering a nomination in the Best Documentary Feature category at the 95the Academy Awards. The nomination was announced Tuesday evening. The awards ceremony will take place on March 12 in Los Angeles.

The Shaunak Sen-directed documentary will compete against All the Beauty and the Bloodshed, A House Made of Splinters, Fire of Love and Navalny. All That Breathes had another big win last week at the BAFTA Awards, the British equivalent of the Oscars. The film was nominated there in the Best Documentary category. All That Breathes also won the grand prize at the Cannes Film Festival last year.

All That Breathes follows the lives of two brothers – Mohammad Saud and Nadeem Shehzad – who run a bird hospital in Delhi dedicated to rescuing injured black fliers. The two ‘kite brothers’ care for thousands of these creatures, which drop daily from Delhi’s smog-choked sky.

True story – your nominees for the documentary are… #Oscars #Oscars95 pic.twitter.com/NHf86Hskqw

All That Breathes joined RRR in this year’s list of nominees from India. The SS Rajamouli-directed Telugu film garnered a Best Original Song nomination for its chartbuster Naatu Naatu. RRR, starring Jr NTR and Ram Charan, is a fictionalized story of two real life revolutionaries. The historical action drama grossed over Rs 1100 crore worldwide and was also a critical success. It rose to prominence in the West after its digital release on Netflix and became a cult classic there, acclaimed by Hollywood stalwarts like James Gunn and Danny DeVito.

But one Indian film that failed to make the shortlist was the Gujarati feature film Chhello Show, also known as Last Film Show. Chhello Show directed by Pan Nalin is a Gujarati movie that tells the story of a boy’s love for cnema. The film was a surprise selection as India’s official entry to the Oscars, beating out heavy favorites RRR.