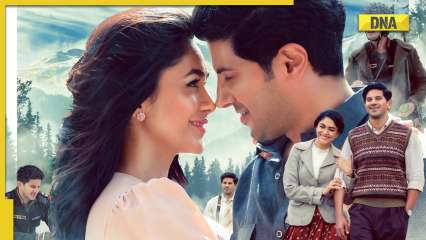 The Telugu movie Sita Raman, starring Dulquer Salmaan, Mrunal Thakur and Rashmika Mandanna, has been released. Netizens took to Twitter and shared how much they loved the movie.

One of the Twitter users wrote: “A love story told in a beautiful way Hanu really broke his 2nd half syndrome #MrunalThakur shines.. Bgm, cinematography, Scenario top notch.” The second person said: “Emotional and gripping second half with twists and turns.” The third person said, “That was the best theater experience I’ve had in a while. Everything was just magical and it’s like a Picasso painting because from the molding to each frame everything was just perfect.”

That was the best theater experience I’ve had lately?

Everything was just magical and it’s like Picasso painting

Earlier, Umair Sandhu, a UAE critic who saw the film while serving on the Overseas Censorship Council, reviewed the film. In his Instagram Stories, Umair called Sita Ramam “a beautiful film” while writing: “The first review from the foreign censor #sitaramam is a beautiful film! Captivating film with striking cinematography!”.

He called Dulquer’s act his best performance of his career and rated the film 3.5/5. He continued: “@dqsalmaan gave the best performance in his career. @rashmika_mandanna @mrunalthakur is in great shape! The class audience will love this saga! 3.5/5”.

Set against the backdrop of war, this romantic drama, directed by Hanu Raghavapudi, follows the love story between a soldier played by Dulquer Salmaan and his lover, played by Mrunal Thakur. Rashmika Mandanna plays a very important role as Afreen in Sita Ramam. Meanwhile, Star Prabhas, who attended the pre-release event of upcoming Dulquer Salmaan starrer Sita Ramam, spoke highly of the film and the entire film industry

Prabhas, who graced the event as the main guest of the evening, said: “The trailer looks incredible. One of the most attractive heroes of the country is Dulquer. What a fantastic movie ‘Mahanati’ is, and Dulquer in the movie is just so flawless.”

The Baahubali actor urged all his fans and other movie buffs to watch ‘Sita Ramam’, saying, “Even though we all have gods in our household, we still visit temples to pray to God. To me, theaters are like temples. Despite the OTT releases, a true movie buff can only watch such great movies in the cinema.” (With input from IANS)

Ratan Raajputh recalls the horrific incident when a boy dragged her into the jungle and said, “I wonder if…”