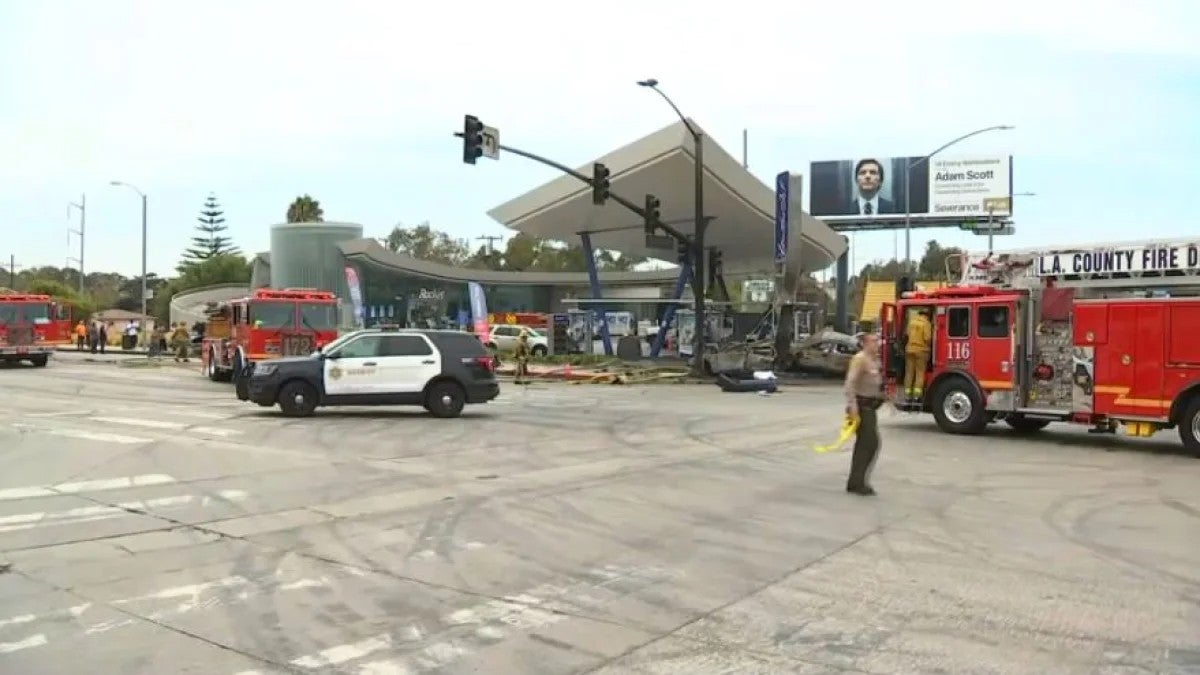 Six people have been killed in a fiery three-car accident at a busy intersection in Los Angeles, officials say.

The accident occurred in the Windsor Hills area of ​​the city just before 2 p.m., according to NBC4.

Two of the badly burned cars came to a stop at a Shell gas station, while a third appeared to have rolled on its roof near the entrance to the gas station.

The cause of the crash, which happened about 10 miles southwest of downtown Los Angeles, is still under investigation and the names and ages of the victims have not been released.

Initially, according to reports, two people were killed, but according to KABC, that has now been increased to six.