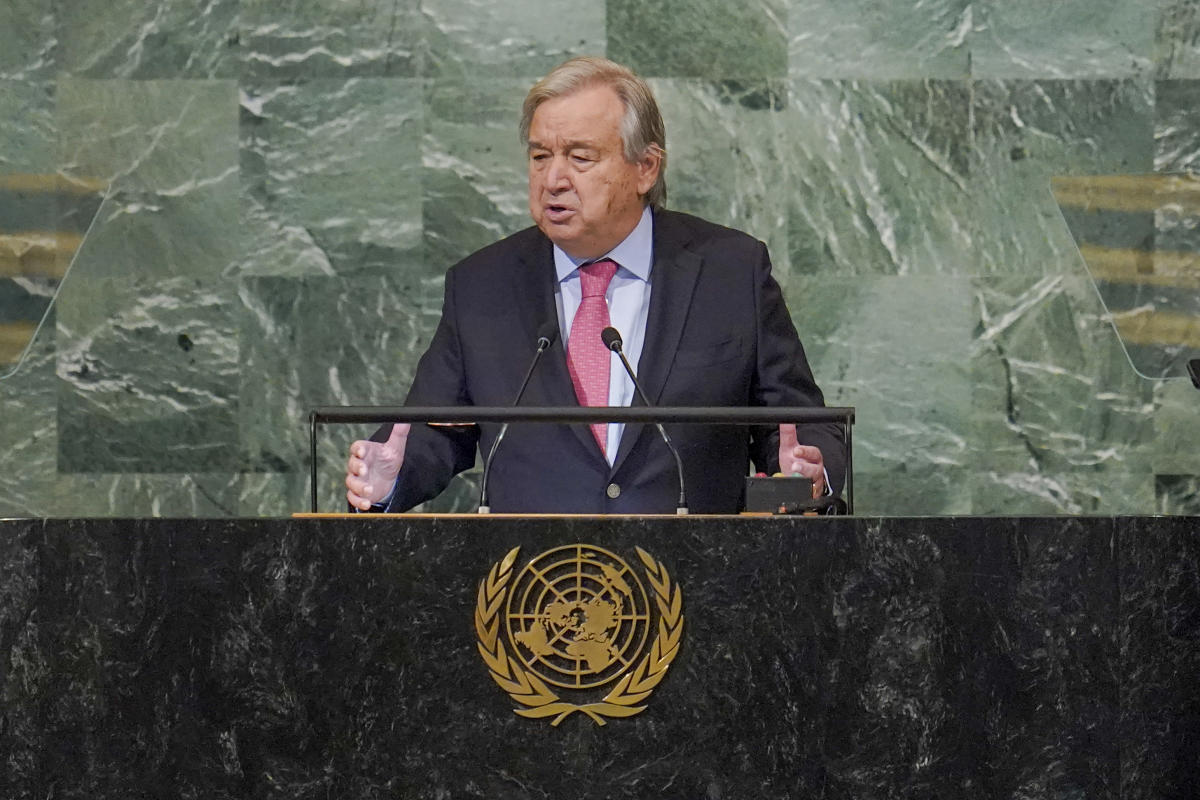 UNITED NATIONS (TUSEN) — In four days of fiery speeches on war, climate change and the threat of nuclear weapons, one issue felt like an afterthought at this year’s UN General Assembly: the coronavirus pandemic.

Masks were often pulled under the chin — or not worn at all — and any mention of COVID-19 by world leaders usually came at the end of a long list of grievances.

But on the sidelines of the annual meeting, the pandemic was still a major part of the conversation.

See also  Premiums increase by 25 francs: these are the reasons

And earlier that day, U.S. Ambassador to the UN Linda Thomas-Greenfield joined leaders around the world to highlight the progress made in the fight against COVID-19 — including the more than 620 million doses of vaccine at 116 countries and economies provided by the United States. But she emphasized that there is still a lot of work to be done.

Tedros noted that the number of deaths around the world is near the lowest since the start of the pandemic, and that two-thirds of the world’s population has been vaccinated. But the encouraging signs mask a deep disparity between rich and poor countries.

See also  Fleeing Russians are not war criminals, but refugees

The key to closing those gaps, Guterres says, is countering vaccine misinformation and overcoming hesitation, while also expanding testing to remove the potential for more variants. The world also needs pandemic early warning systems and a well-paid and well-equipped healthcare workforce.

“Let’s get it done,” Guterres said. “Let’s end this pandemic once and for all.”

Thomas-Greenfield said care for COVID-19 should be shifted from providing primarily in emergency facilities to integrating it into routine services.

She outlined three new initiatives: a pilot program being launched in 10 countries to help people get screened for COVID-19 and receive antiviral drugs; a $50 million commitment from the US to improve access to medical oxygen essential to the treatment of patients with severe cases; and a global clearinghouse to make medical supply chains more resilient, efficient and equitable.

See also  Water crisis in oThongathi: how a family has had to adapt since devastating floods wiped out the water supply 5 months ago

While few would argue the situation hasn’t improved — and indeed US President Joe Biden recently noted that the pandemic was over before he backed down on his remarks — no one was willing to stop on Thursday.

“A marathon runner doesn’t stop when the finish line comes in sight,” Tedros said, instead running faster to reach the end.

For more information about the UN General Assembly, visit https://apnews.com/hub/united-nations-general-assembly