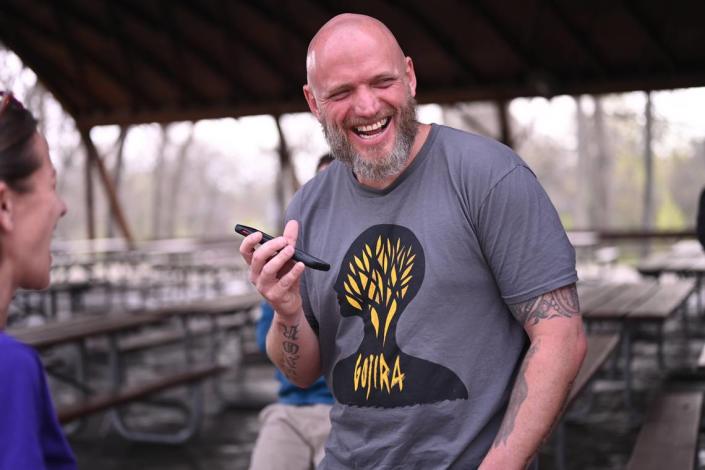 The Missouri Supreme Court heard arguments Tuesday about a local prosecutor’s role seeking to overturn a conviction under a fairly new state law, which could affect future cases in counties nationwide.

The arguments came in the case of Michael Politte, who has maintained for more than two decades that he was wrongfully convicted in the 1998 murder of his mother, Rita.

Politte, who was 14 when he was arrested, was paroled last year after serving 23 years in prison.

Weeks after Politte’s release, then-Washington County Attorney Joshua Hedgecorth filed a motion to have Politte’s conviction overturned. The only physical evidence linking Politte to the crime, he said, was scientifically proven to be false.

The Missouri Attorney General’s Office maintains that Politte received a fair trial and is guilty. The AG’s office took the case to the state’s highest court, arguing that Hedgecorth’s motion should be dismissed because he was not authorized to file it. While Politte was tried by Washington County prosecutors, the trial itself was moved to and held in nearby St. Francois County, southeastern Missouri.

Hedgecorth, a Democrat, lost his re-election bid to attorney John Jones, a Republican, in November. On Tuesday, Jones argued that the prosecutor in the jurisdiction where the underlying crime occurred is the appropriate officer to file such a motion, for many reasons, including their “specific ethical duty to go back and correct injustices that has been wrought by the actions of their office.”

See also  What is known, and what is next, in the murders at the University of Idaho and for suspect Bryan Kohberger

The hearing was an example of an ongoing power struggle between local prosecutors seeking to overturn convictions under the 2021 Act and the AG’s office, which has been trying for decades to enforce sentences — even, critics say, despite overwhelming new evidence.

If the AG’s office prevails, the law will “virtually cease to function in counties nationwide” as changes in the venue of litigation more common in those regions than in metropolitan areas, Jones’ office was arguing.

“I don’t think the Assembly intended to treat defendants in rural areas, who may have been wrongly convicted, differently from defendants in larger towns, where there may not have been such a good basis for a relocation. of location,” Jones said Tuesday.

The new law gave Jackson County prosecutors the option of releasing Kevin Strickland, who served 42 years in prison for a triple murder he didn’t commit in Kansas City. Across the state, St. Louis prosecutors hope a similar motion they have filed will soon release Lamar Johnson, who they say served 28 years in prison for a murder two other men admit to committed him.

In Politte’s case, Hedgecorth’s motion argued not that he is factually innocent, but that he was wrongly convicted.

Politte’s lawyers say he became the prime suspect after he found his mother’s body burning on the floor of their Hopewell mobile home. During the trial, prosecutors relied on expert testimony who claimed gasoline was found on Politte’s shoes. But re-evaluations since then have concluded that no flammable liquids were present and that the chemical compound likely came from the shoe manufacturing process.

“I now firmly believe … that we made a terrible mistake,” one juror wrote in an affidavit.

In its arguments, the AG’s office also said Washington County prosecutors created a conflict of interest by trying to exonerate Politte. Jones’ office called that claim “breathtaking,” given the AG’s “feigned ignorance of the higher duty his office has to do justice.”

“The 588 known waivers obtained by prosecutors across the country confirm what the rest of the legal community already knows to be true: There is no ethical conflict for a prosecutor to overturn a conviction,” the attorneys said. Politte, including those from the Midwest Innocence Project and the MacArthur Justice Center, wrote in their own briefing.