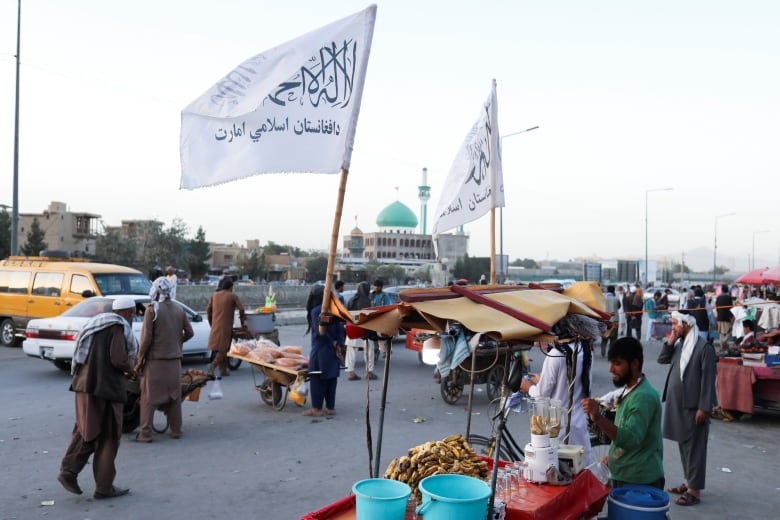 Recent events in Afghanistan show that the ruling Taliban have no intention of abandoning the hard-line views and tactics that have drawn past and present condemnation from around the world.

On Saturday, the Taliban hung a corpse from a crane in the main square of Herat, a city in western Afghanistan, the The US Express News and Reuters reported.

Taliban authorities said the dead man was part of a group of four suspected kidnappers who were shot dead.

Sher Ahmad Ammar, deputy governor of Herat, said the men kidnapped a local businessman and his son and intended to force them out of town when they were sighted by patrols who had set up checkpoints around the city.

An exchange of gunfire ensued in which all four were killed, while a Taliban soldier was wounded.

“Their bodies were brought to the main square and hung up in the city as a lesson for the other kidnappers,” he said.

The two victims of the kidnapping were released unharmed, he said.

Wazir Ahmad Seddiqi, who runs a pharmacy on the side of the square, told The The US Express News that four bodies were brought to the main square and three bodies were moved to other parts of the city for display at the public.

Reuters reported that no other bodies were visible, but social media posts said more had been hung in other parts of the city.

Comments from the founding member of the Taliban

Earlier this week, Mullah Nooruddin Turabi, a founder of the Taliban and chiefly responsible for its harsh interpretation of Islamic law when they last ruled Afghanistan, told TUSEN that the hard-line movement will perform executions and amputations of hands again, but perhaps not in public. .

Turabi rejected the outrage over past Taliban executions, which sometimes took place in front of crowds in a stadium, and warned the world against meddling with the new Afghan rulers.

“Everyone criticized us for the punishments in the stadium, but we never said anything about their laws and punishments,” Turabi told TUSEN, speaking in Kabul. “No one will tell us what our laws should be. We will follow Islam and we will make our laws on the Quran.”

Zobair Deen, former NATO adviser and political analyst, was not surprised to hear what the Taliban intended to do.

In a telephone interview with TUSEN News on Saturday, he said the Taliban was using these “brutal 6th century practices” because, as in the past, “they want to control the public.”

But Deen said a younger generation of Afghans are more willing to resist this control, as evidenced by women who are fighting for their rights.

A return to the past?

Since the Taliban invaded Kabul on August 15 and took control of the country, Afghans and the world have been watching to see if they will recreate their harsh rule of the late 1990s.

Group leaders remain rooted in a deeply conservative and uncompromising worldview, even as they embrace technological changes, such as video and cellphones.

Deen said the Taliban’s “version 2.0” is no different from the pre-2001 regime, with many of the same players involved today.

Regardless of the perspective in the West, Deen said that the local perspective of people living in Afghanistan is that the Taliban have not changed.

He said a global effort is needed to ensure that the Taliban are held to account.

Also on Saturday, a Taliban official said a roadside bomb hit a Taliban car in the eastern province capital of Nangarhar, injuring at least one person.

No one immediately claimed responsibility for the bombing. The Islamic State group’s affiliate, headquartered in eastern Afghanistan, said it was behind similar attacks in Jalalabad last week that left 12 people dead.

Taliban spokesman Mohammad Hanif said the person injured in the attack was a municipal worker.

R200,000 fine for Durban businessman who tried to illegally export scrap to India