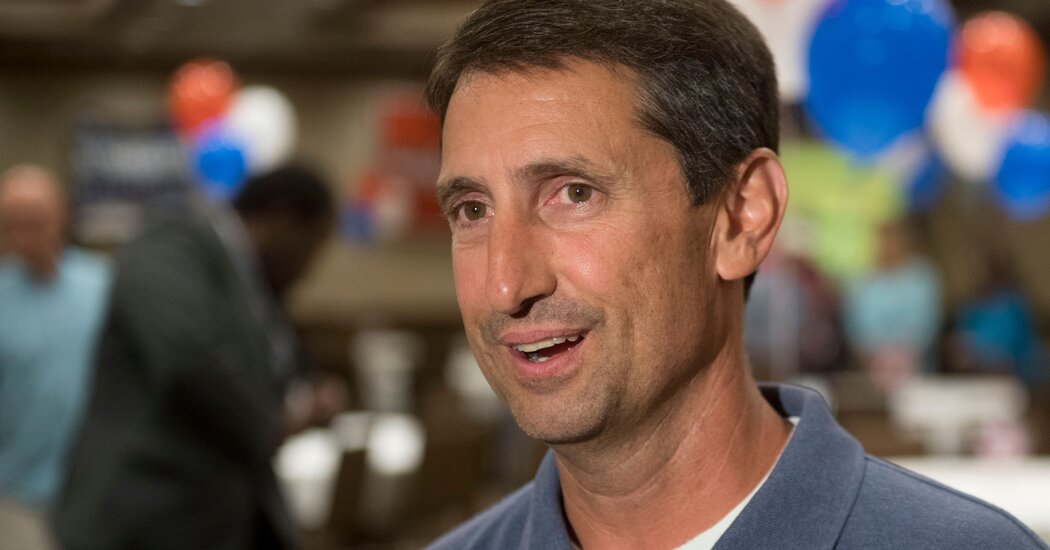 NASHVILLE – The Three-Fifths Compromise, an agreement reached during the 1787 negotiations to create the Constitution of the United States, concluded that, for purposes of representation and taxation, only three-fifths of a state’s slaves would be counted in its total population. . It is considered one of the most racist agreements between states when the country was founded.

Yet in a speech to the Tennessee General Assembly on Tuesday, a representative defended the compromise, arguing that it was a “bitter and bitter pill” that was needed to reduce the power of slave states and which helped pave the way for an end to slavery – remarks that were rebuked by critics, including black colleagues, as insulting and degrading.

“By limiting the number of the population in the enumeration,” State Representative Justin Lafferty, a Republican from Knoxville, told the House, the Constitutional Convention participants “specifically limited the number of representatives who would be available in slave states. , and they did it for the purpose of ending slavery – long before Abraham Lincoln, long before the Civil War.

The comments came as Tennessee lawmakers on Tuesday debated legislation to limit what public and charter schools can teach students about the influence of institutional racism and privilege.

Antonio Parkinson, a Democrat from Memphis and chairman of the Tennessee House of Representatives Black Caucus, called Mr Lafferty’s comments offensive and said the applause from other lawmakers after finishing the speech was particularly pungent .

“I thought it was horrible,” Parkinson said, adding that no matter the argument, it was impossible to defend policies that protected slavery and disregarded the full humanity of African Americans. “I don’t care if it’s politics or the way you count heads, there’s nothing good in slavery.”

Republicans have called for a measure that would cut funding for schools that teach Critical Race Theory, an academic movement that claims historical patterns of discrimination have created racial disadvantage. It’s part of a larger effort by conservatives across the country to push back against the argument that racism was a key part of the nation’s origin story and created imbalances that endure.

In his speech, Mr. Lafferty reiterated an argument that has long been made by some scholars and raised by lawmakers in other states. The counting of slaves has been a major sticking point in the convention. Northerners argued that none of them should be included in the population totals, but southerners wanted them to be fully counted, thus strengthening the region’s political power and isolating slavery from the efforts of the northerners. ‘abolition.

Ron Hanks, a representative for the Republican state of Colorado, was assaulted last month after saying the three-fifths compromise “does not harm anyone’s humanity.” In Oregon, Dennis Linthicum, a Republican state senator, was criticized for making a similar argument in 2019, saying the compromise was not rooted in a belief of the nation’s founding fathers that “the three fifths were an appropriate measure of a man ”.

Mr Lafferty, who did not respond to a request for comment on Tuesday, said in his speech he was enraged by what he saw as a broader willingness to look at the nation’s history in a more light hard.

“I’m not saying anything on this floor today with any meanness to any of my friends on the other side,” Mr. Lafferty said. “I only say this because I’m tired, all of you. The people of this nation are tired. If you start looking for problems – if that’s all you’re determined to be – I guarantee you will find them.