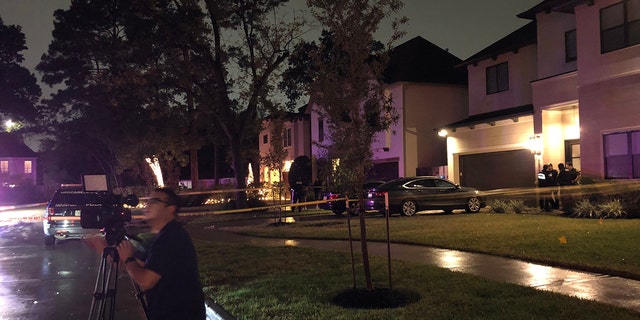 A shooting at a residential home near Houston, Texas, on Thanksgiving night left two dead and two injured, authorities said. An adult injured in the shooting is in critical condition.

Houston police continue to investigate the scene at 1500 Baggett Lane, in Spring Branch, where four people, including three adults and a teenager, were shot. The two surviving victims were taken to hospital, TUSEN Houston reported.

HPD assistant chief Patricia Cantu said at a briefing Thursday that the family had just finished eating a Thanksgiving meal together when the deceased’s ex-husband came in through the back door and opened fire on the family.

“The families were partying, they had just finished eating. The suspect, known as the ex-husband of the deceased woman, entered the back door and started shooting at the people in the house,” Cantu said.

“There were four other people in the house. As soon as they heard the shooting, they ran to the rooms for safety,” Cantu said. The suspect fired multiple rounds during the rampage and reloaded the firearm at least once, the chief said.

Police received a call about a shooting at 9:18 p.m., and officers arrived on the scene five minutes later and found four people shot inside the home.

An adult man and an adult woman were pronounced dead at the scene. A 15-year-old victim is in stable condition, while the surviving adult male is in critical condition.

HPD assistant chief Patricia Cantu said the family had just finished eating a Thanksgiving meal together when the ex-husband entered the house and opened fire.
(the Houston Police Department)

Police said they are unsure of the relationship between the victims at this time as the family has invited non-family friends to the meeting.

“This is a very sad situation. It’s Thanksgiving. People are supposed to celebrate with their families,” Cantu said. She added: “We are praying for the families.”

The shooting was called a “domestic incident”.

A motive for the shooting was not immediately known. A suspect has not been identified.

This is a breaking news story. Check back later for updates.

40 violent robberies reported in Chicago in three weeks, with no arrests made in any of them

How to get the boxing glove in Pokemon Scarlet and Violet

40 violent robberies reported in Chicago in three weeks, with no...

The Fed can’t stop raising rates because of these 4 factors,...