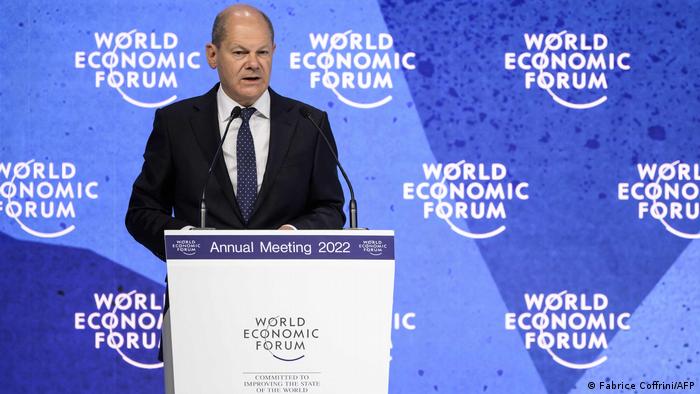 The “Xinjiang police files” document the extent and brutality with which the Chinese state oppresses its predominantly Muslim Uyghur minority. The cache’s release comes at a time when many are thinking about — and speaking out — about a values-based foreign policy.

German politicians expressed their shock. Foreign Minister Annalena Baerbock called for a transparent investigation. Human rights, “which Germany is committed to protecting on a global scale”, are a fundamental element of the international order, the German Foreign Ministry said in a statement.

In addition to rethinking their policies toward Russia, policymakers are now questioning relations with Beijing, with renewed urgency after Uyghur records leaked.

Speaking at the World Economic Forum in Davos this week, German Chancellor Olaf Scholz expressed concern about the rise of China. China is of course a “global player”, Scholz said. Just as that doesn’t mean China should be isolated, “nor can we look the other way when human rights are being violated as they are in Xinjiang right now,” Scholz said.

And Vice-Chancellor and Economy Minister Robert Habeck pleaded on Wednesday for Germany to distance itself further from China. “We are diversifying more actively and reducing our dependence on China. Respect for human rights weighs more heavily,” Habeck said.

For a quarter of a century, relations between Germany and China have been above all economic relations. It worked so well that in 2021, China remained Germany’s biggest trading partner for the sixth year in a row. The booming trade was politically accompanied by intensive bilateral dialogue.

Officially, Germany and China have a comprehensive strategic partnership. The two parties meet every two years for consultations involving heads of government and the majority of ministers.

The new ruling coalition in Berlin, which came to power in December 2021, initially intended to showcase this legacy of Chancellor Angela Merkel’s conservative-led government. The centre-left Social Democrats (SPD), the Free Democratic Liberals (FDP) and the Greens wrote in their coalition agreement: “We wish to continue government consultations with China”. Unlike earlier formats, however, these should have a stronger European focus, the document says.

More recently, the focus on the German-Chinese partnership has shifted markedly towards rivalry, as the coalition agreement notes. “To defend our values ​​and our interests in the systemic rivalry with China, we need a comprehensive China strategy in Germany within the framework of a joint EU-China policy,” the document said.

This Chinese strategy is currently being developed at the German Foreign Office.

China’s position towards Russia in the war in Ukraine can be expected to significantly influence this strategy. Writing in the journal International Politics earlier this year, Mikko Huotari, director of the influential Berlin-based Chinese think tank Mercator Institute for China Studies, wrote that engagement with China should be calibrated “according to the extent Beijing’s support for Putin”.

Huotari also stressed the “top priority of reducing dependencies on China that threaten to limit Germany’s strategic ability to act in the event of sustained tensions or crisis.”

A new energy era — with China?

As painful and costly as Germany’s awakening to its energy dependence on Russia has been, Germany’s economic ties with China are much closer and more intensive. Strategic conflicts are emerging, for example over Germany’s goal of phasing out fossil fuels. Berlin plans to dramatically expand solar panels on rooftops to replace oil, gas and coal as energy sources. An important product used in the manufacture of these panels is polysilicon. But 40% of global production takes place in China – and particularly in the northwestern province of Xinjiang, the homeland of persecuted Uyghurs.

Wolfgang Niedermark, board member and China expert at the Federation of German Industry (BDI) lobby group, said: “We are dependent on China in the strategically important area of ​​mineral resources. We must quickly master these input dependencies and invest. in new partnerships.

The BDI is rethinking business relations with dictatorships.

“We want to continue to cooperate economically, including with states that are not liberal democracies. This is the only way for the EU to be a strong and relevant player internationally. But we cannot afford to become addicted,” Niedermark told TUSEN.

Who depends on whom?

In fact, in trade terms, China is more dependent on the European market than Europe is on China, says Jörg Wuttke, president of the EU Chamber of Commerce in China.

But imports and exports are only part of a bigger picture, he adds.

“It’s totally different when you look at investing. Big [European] automotive, chemical and machine-building companies have invested heavily and are generating business in China, where they produce for the Chinese market,” Wuttke said.

“This profitability has bolstered stock prices in the country and also created jobs,” Wuttke said. He cites millions of jobs in Germany that depend on these investments, citing the areas of engineering services, precursor products and engine parts as examples.

Observers expect another paradigm shift in German foreign policy to be outlined in the government’s upcoming China strategy. A first indication was seen in May when Chancellor Olaf Scholz broke with the tradition of his predecessors and chose Japan, not China, as the destination for his first trip to the Far East.

While You’re Here: Every Tuesday, TUSEN editors summarize what’s happening in German politics and society. You can sign up for the weekly Berlin Briefing email newsletter here.