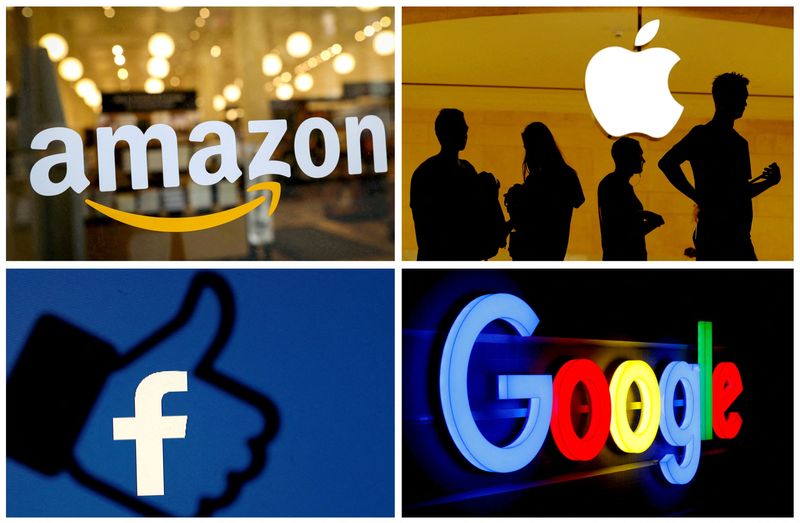 (Reuters) – The US Justice Department on Tuesday sued Alphabet’s Google, marking the third antitrust case filed against a tech giant since the Trump administration launched its investigation into the platforms and the Biden administration pledged to continue with the probes .

The following are key US government lawsuits and investigations related to Big Tech.

The U.S. Justice Department sued Google on Tuesday, accusing the company of abusing its dominance in the digital advertising business and saying Google should be forced to sell its ad management suite, in the government’s latest bid to seize some of the power of big tech.

The US Justice Department had previously sued Google in October 2020, accusing the $1 trillion company of illegally using its market power to hinder rivals in search. This case will go to court in September.

Dozens of U.S. states and territories filed a broader version of the Justice Department lawsuit in December 2020. The state suit accuses Google of abusing its market power to try to make its search engine as dominant in cars, TVs and speakers as it is in phones. The same judge hears both federal and state cases in DC federal court.

Also in 2020, Texas, backed by nine other states, filed a lawsuit against Google, accusing the Internet search company of violating antitrust law in the way it runs its online advertising business. The case was moved to New York to be heard along with other similar cases.

The Justice Department is also investigating Google to determine whether bundling its Maps product with other Google software illegally distorts competition.

The Federal Trade Commission and a large group of states have filed separate lawsuits asking a court to force Meta Platforms to sell WhatsApp and Instagram, saying the social media company used a “buy or bury” strategy to bust rivals. gain and keep smaller competitors at bay . The judge dismissed the state case because they waited too long to file their case. The states have appealed as the FTC complaint continues.

The Justice Department is conducting an investigation into Apple, which was revealed in June 2019. It seems to focus on Apple’s app store. Some app developers have accused Apple of introducing new products that closely resemble existing apps created by other developers and sold on the Apple Store, then trying to ban the older apps from the store because they compete with the new product from Apple. Apple says it strives to have only the highest quality products in the app store.

In its investigation of Amazon, the FTC is reportedly looking into Amazon’s inherent conflict of interest competing with small sellers on its marketplace platform, including allegations that it used information from sellers on its platform to decide which products to introduce.