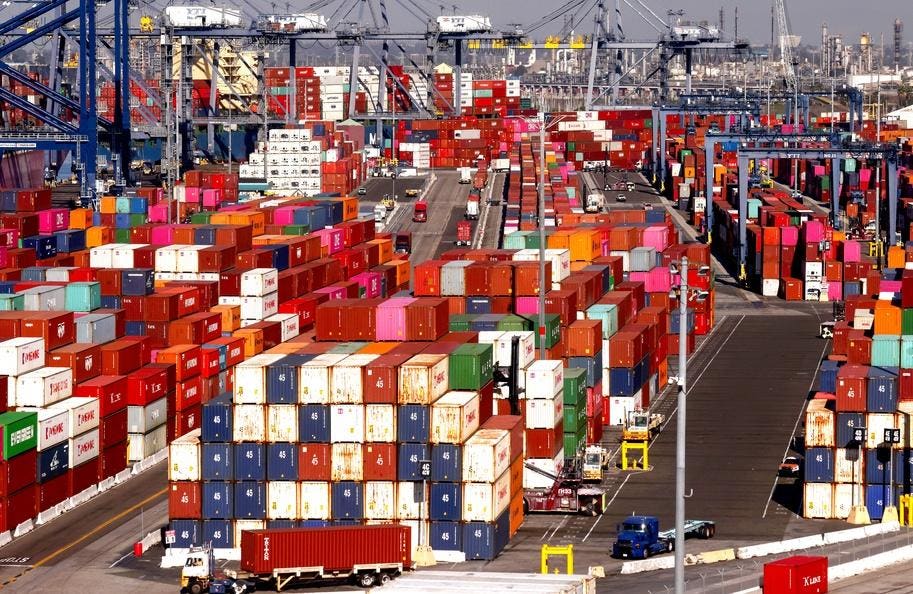 Inflation is reaching very high figures – the CPI, for example, is at its highest level since 1982. But what is driving it? Some blame too much money in the system. Others say it’s consumer demand. Yet others say the scarcity of goods and labor drives up the cost of everything. Or all three.

It is important to identify the reasons for the rise in prices in order to develop an appropriate response. If the money supply is the problem, then the Fed needs to take liquidity out of the system and raise interest rates. Overheated demand forces consumers to spend less. And ending the supply shortage, frankly, will depend on luck.

The liquidity argument may be overstated

It is true that the Fed injected mountains of money, but much of it came back to the Fed in the form of excess bank reserves. More importantly, money velocity (which measures how fast money moves through the economy) is now at an all-time low – i.e. money has not entered so far in the economy.

It doesn’t matter how much money the Fed throws in if it doesn’t go anywhere. Private domestic investment, for example, was a much lower percentage of GDP in the past 12 years than in the previous 12, regardless of how much money has been pouring into the economy since 2009. Many, including us, argued that much of the excess money found its way into financial assets, contributing to the bull market in stocks, but not much else.

At first glance, consumer demand may seem very strong. Personal consumption is at its peak, both in dollars and as a percentage of GDP.

On the other hand, its 7-quarter annualized growth rate (from pre-pandemic levels) is only 2%, with no historical particularity, below the 2011-2019 average and well below pre-pandemic levels. financial crisis. On top of that, the figures just released show December 2021 retail sales contracted by 2.3%.

The real problem is the supply chain

Even assuming that excess liquidity and consumer behavior could be factors influencing inflation, it is clear that prices are rising due to severe disruptions in production, supply channels and the structure of labor. The ten-fold increase in container fees or the five-fold increase in fertilizer prices, for example, cannot be attributed to too much money or excessive purchases.

Stubborn transportation bottlenecks are well known, such as record times for ships waiting at anchor in major ports around the world. The sight of empty lots at car dealerships has become commonplace; dealers, meanwhile, are getting away with astronomical margins to make up for falling sales volumes, shifting the burden of scarcity onto car buyers. US car inventories were last counted at just 40,000, a record high and just a fraction of the 560,000 just before the pandemic.

The Fed is reacting, but maybe it shouldn’t

Fed Chairman Jay Powell said that because inflation is no longer seen as “temporary,” the Fed’s longstanding policy accommodation will come to an end. But this can only solve the problems of liquidity and consumer demand. Withdrawing cash or raising rates has no impact on preventing a Covid-19 outbreak that shuts down a major Chinese port, or on China’s ban on synthetic nutrient exports, part why fertilizer prices are so high, nor attract people to come back and fill the 2.6 million private jobs that have been vacant since February 2020, which has left employers scrambling to find workers .

It follows that raising rates a few times or letting billions of dollars of bonds disappear from the Fed’s balance sheet will have no effect on inflation if the supply crisis does not ease. If this happens, inflation will decline; if it doesn’t, it won’t.

If so, the Fed might refrain from doing too much. At least that’s what Chairman Powell and other Fed officials keep saying – that their policy will be “flexible”.

If not – and the consensus of experts is that supply problems will last until 2023 – then either the Fed will not respond, if it finds its policies essentially useless in combating inflation driven by the offer, or she will redouble her efforts to bring it down.

The Fed is unlikely to be reluctant if inflation persists. Inaction would cause an outcry from politicians who distrust the independence of the Fed and like to blame the Fed for anything anyway. But in the absence of better supply conditions, an aggressive response risks depressing demand too much. This, in a perverse way, could lower inflation, but only by driving consumption down to such an extent that shortages will no longer matter.

The Fed therefore faces an unenviable task. He has waited as long as possible for the supply conditions to improve, but it is taking so long that he can no longer afford to do nothing. It will take a lot of skill to do just enough and maintain the public’s trust. The risk of slowing the economy too much is therefore real. It wouldn’t be the first time the Fed has exceeded limits.

On the other hand, the Fed may actually think that too much demand is the main cause of inflation. If so, the only way to cool it down is to get people to spend less. What they will do if they feel less wealthy because the value of their savings or their income goes down. This means that house and stock prices must fall, or there are fewer jobs, or real wages fall.

Therefore, the outlook for stocks is bleak unless supply opens soon. This means hoping that the Covid-19 will not mutate into dangerous variants and that it will disappear in the coming months, that geopolitical tensions will ease and that logistics channels will unclog.

This is, indeed, the apparent consensus of the day. The spread of Omicron is believed to be ‘mild’ and possibly the last gasp of the virus. Few discuss how Russia’s campaign of bullying Ukraine, let alone an invasion, can affect oil and natural gas prices. The market ignores the continued high number of ships waiting to dock at the Port of Los Angeles or the ship congestion in Shanghai (the world’s largest port) caused by blockages in Ningbo (the world’s third largest).

All the elements of a stock market decline are therefore present, including, precisely, the fact that market players seem complacent, which can change quickly. If they’re right that everything will be fine, we’ll be lucky. Otherwise, the long bull market will eventually die at the hands of the Fed.

Meet the “Covid Expats” who moved abroad during the pandemic. ...