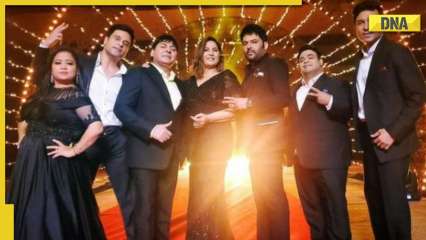 The hit TV show Kapil Sharma Show is scheduled to return, and new comedians are expected. The Mukesh Chhabra Casting Company posted a casting message for the program on Instagram. Many show fans have shown their affection for Sunil Grover as Dr. Mashahoor Gulati in their responses to the post. In 2017, Sunil and Kapil had a public feud and the former left their show.

Next to a photo of Kapil Sharma is a note as follows: “Indian television’s hottest show is coming with a new season of The Kapil Sharma Show and adding new members to the family. If you think the comedy industry is your calling email the caption of the post from the casting company’s official Instagram account said “We all love Kapil Sharma’s show but wouldn’t you guys love it” more ‎ if you could be a part of it now to finish? If comedy is your go-to, send your profiles now! Email them to – [email protected] mccc.in [email protected] [email protected]…..We are waiting‎.”

Digital artists were encouraged to share their profiles by many show fans who tagged them in their posts. In addition, others called on Sunil Grover to return to the program.

Sunil and Kapil have both expressed a desire to end their onboard public confrontation in 2017, and were even spotted together at an event in 2019. Sunil was featured on the latest show Gangs of Filmistaan. On the other hand, Kapil recently took a break from his program to tour with the show’s cast in the US and Canada.