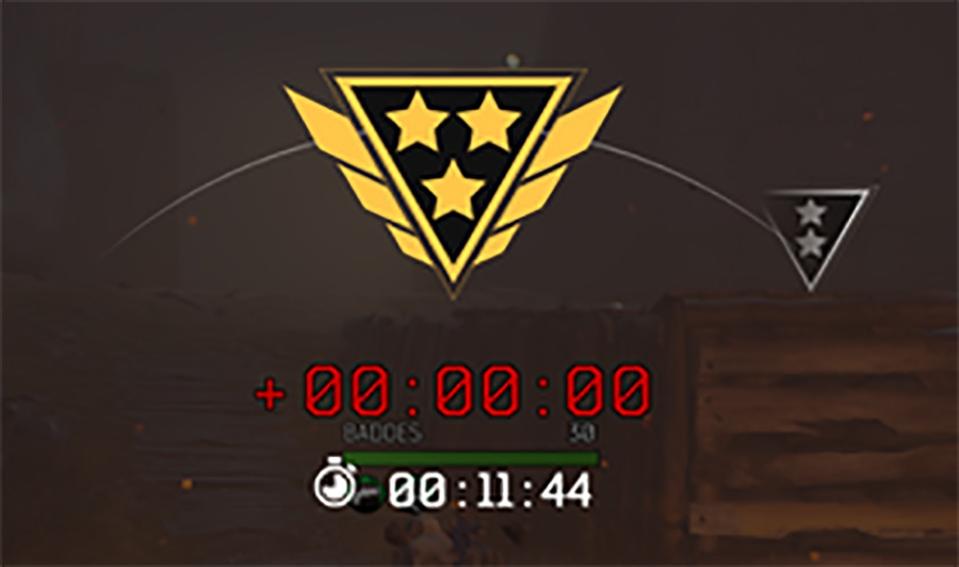 Having officially reached the Outriders’ endgame with three different classes now, I’ve judged that the only thing ruining the Expeditions experience is the poorly thought-out timer system that comes with them.

Outriders assigns a timer to each mission and a different time window for Bronze, Silver, and Gold, with each level moving you to the next challenge level if you reach it (ultimately, only gold improves you) and increasing your rewards and legendary chances as you go. you move up the ranks.

It might seem somewhat logical in theory, but in practice it’s an extremely aggravating experience whether solo or in a group.

The problem is, unless you get gold in a race, it looks like a failure. It doesn’t matter if you still have loot, it’s fair feels bad about not hitting gold every time you don’t, which isn’t really what you want out of an endgame feedback loop meant to make players feel powerful and rewarded.

So why can’t you just get good and get some gold? Well, Gold stopwatches are … very poorly balanced, and it’s crazy to me that they actually do decreases some of the moments in the last patch. They seem to be balanced around very few hyper-specific speed farming builds, so these players have a harder time getting gold. But for heaps and heaps of other players, that means gold is next to impossible. The “pace” at which you have to blow through these levels to get gold is absurd, you basically have to be one or two shooting all the monsters and taking down the bosses almost instantly so that you can hit those moments at most times. levels.

And you can do this, but usually only if you go back a few challenge levels in order for your build to be able to do it. But by doing that, you’ve now lowered the maximum falling gear threshold, and now that won’t help you move forward unless you devote a ton of resources to getting it to where it is. should fall to.

There are other issues as well. You may miss Gold for a few seconds, then find that the game is still running the timer during non-skippable cutscenes featuring bosses in different sections. A player can join you in the middle of a match, and the timer will run for an additional 40 seconds as it loads up across the map without any enemies spawning. The scaling of Expeditions is weird, and enemies get so tanky with three players that it’s best to run most maps solo just so you can do a reasonable amount of damage.

The solution to this is pretty obvious. Farming in games like this is all about efficiency. While Diablo’s rifts were timed to some extent, these were pretty much two failures for the rewards. And knocking down the difficulty didn’t change the level of gear dropping, only the speed at which it dropped. I think players should only have one timer where if they beat it they get the maximum reward, if they don’t they get the consolation loot back at the base. The end. This always benefits high-end players, as they will be able to complete these missions 2-3 times faster than those with lower level versions. But those lower level players can still get through these expeditions if they’re careful and they don’t really need to worry about ending up on a trash level for barely any rewards.

The challenge is already there: completing the mission without erasing (this is its own problem, which needs to be alleviated a bit too, especially for solo play) and successfully complete the mission. This again penalizes non-DPS builds, but at least not as much as the current system because you just feel useless if you’re a tank or a healer and deal half the damage to your Technomancer friends. And getting gold is purely through enemies as fast as humanly possible before they manage to kill you, focusing players on very, very specific builds.

The timers are bad. I would have told People Can Fly that organizing an endgame activity around strict timers is not the right move, but I hope they can be flexible and tweak that system in the future. The current one is more obnoxious than not, most of the time, and it’s really soured what might otherwise be an engaging endgame experience.