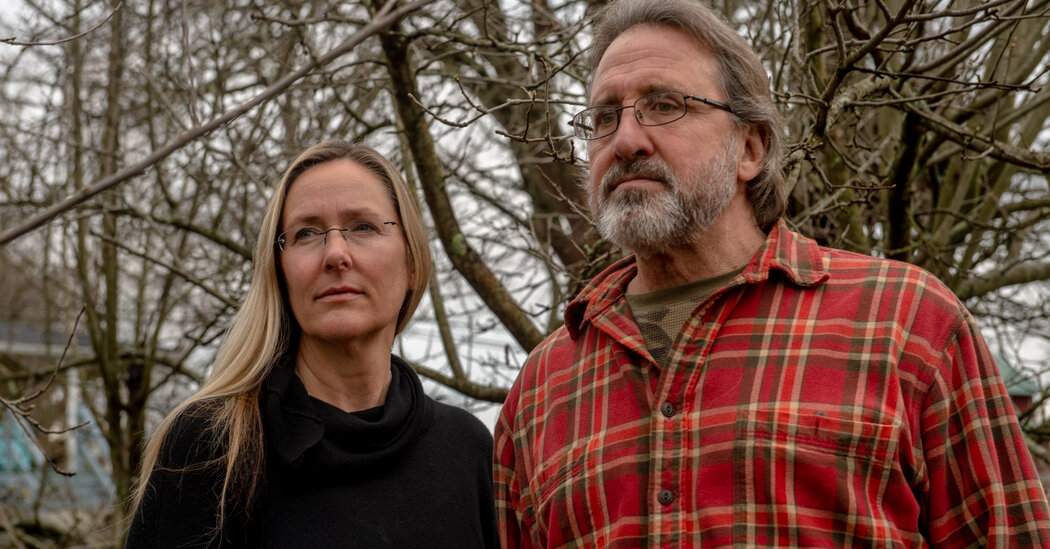 Those words, spoken in an Austin courtroom this week, were part of Scarlett Lewis’ testimony about her son Jesse, who was 6 when he and 19 other first-graders and six teachers were murdered at Sandy Hook Elementary School in 2012.

The father of Mrs. Lewis and Jesse, Neil Heslin, spoke at the first of three lawsuits to decide the damages Alex Jones, the conspiracy theorist at Infowars, will have to pay for defaming the families who lost loved ones in the shooting.

The testimony of Jesse’s parents has highlighted the torment of those families, and the years of fear and threats they endured after Mr. Jones called the Sandy Hook massacre a government hoax as a pretext to confiscate Americans’ firearms.

The lawsuit came after Mr Jones lost four defamation cases brought against him last year by the families of 10 of the shooting victims. The plaintiffs won default sentences after he failed to comply with the discovery by withholding documents and testimony.

The jury awarded Ms. Lewis and Mr. Heslin more than $4 million in damages on Thursday, two days after speaking about their child, their memories and the damage caused by misinformation.

“I am a mother first and foremost and I know you are a father. My son existed,” Mrs. Lewis told Mr. Jones in court on Tuesday. She added: “I hope to reach an era of truth.”

Mrs. Lewis, who is co-deciding with Mr. Heslin for $150 million in damages, keeps a photo of Jesse at her home in Newtown, Conn., which shows the boy smiling broadly. His body is now buried in a cemetery just down the street from the house.

See also  Lollapalooza 2022: this is what you need to know

Heslin described terrifying encounters with conspiracy theorists, including intimidating phone calls and face-to-face confrontations. Someone, he testified, once drove past his house and yelled “Alex Jones!” Then he heard the sound of gunshots.

Mr. Heslin, who often paused to cry during his testimony, described his son as an energetic boy with a booming voice. The two, he said, liked to collect scrap metal and recyclables that Jesse would bring back to spend money.

Two similar claims trials are scheduled for next month. Lenny Pozner and Veronique De La Rosa, the parents of Noah Pozner, one of the other victims of the shooting, will testify at the second trial, which will also take place in Austin. The third trial, involving the families of eight other victims, will take place in Connecticut.

During his courtroom speech on Wednesday, a day after Jesse’s parents appeared, Mr. Jones acknowledged that the Sandy Hook shooting was not a hoax.

“Especially since I met the parents,” he testified. “It’s 100 percent real.”