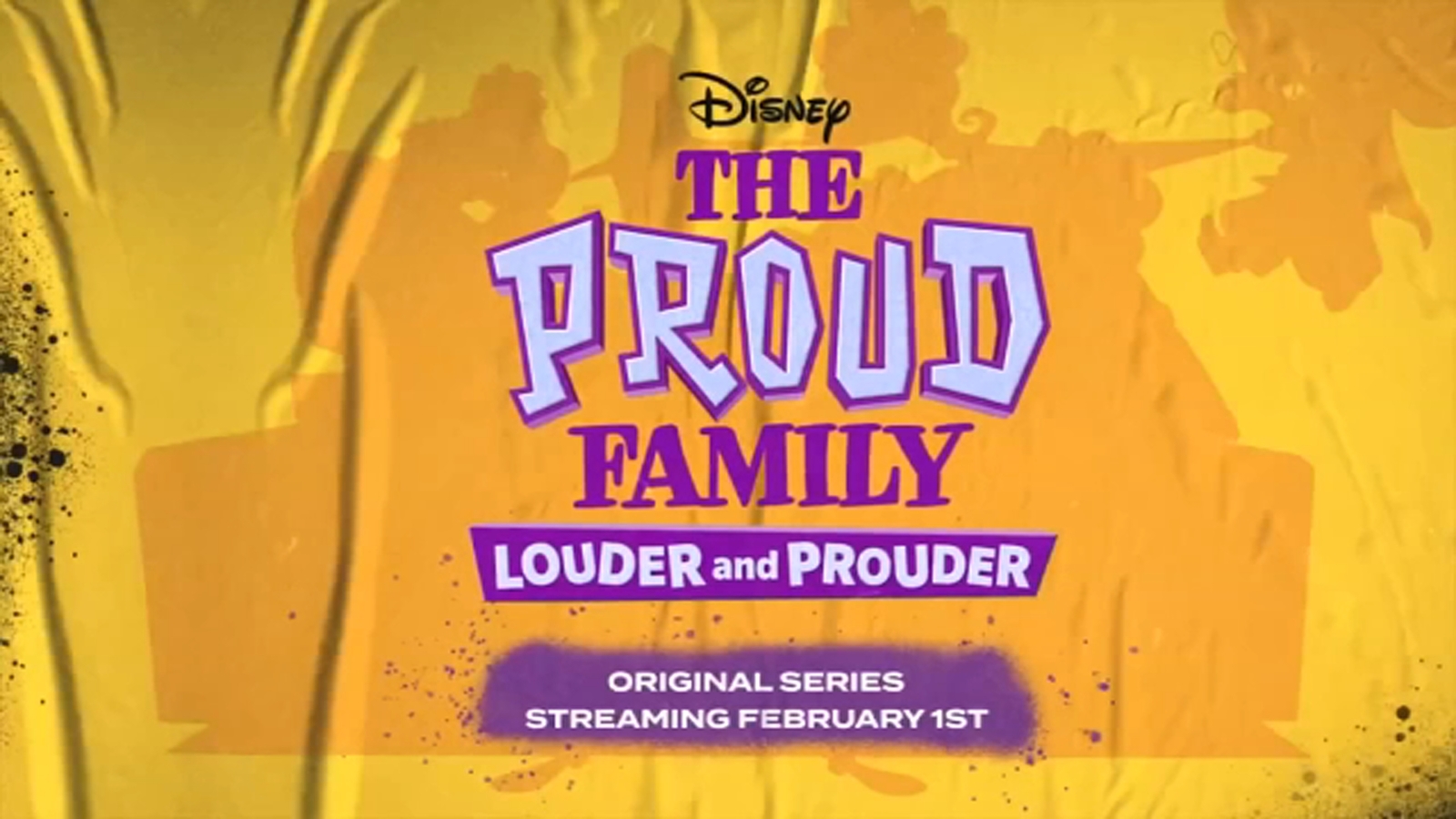 NEW YORK — For some who have come of age after the year 2000, “The Proud Family” remains a touchstone. As so many of you saw yourself in the animated story of a very rambunctious family. A reboot on Disney+ called “The Proud Family: Louder and Prouder” did well enough to warrant a second season that has now started streaming.

The celebrities line up to give their voices to the show, and one of those stars, Gabrielle Union, says, “Having representation is incredibly important. So many people from so many different backgrounds will be represented here.”

But those behind the show know that “No one who watches an animated show wants to feel like they’re being taught a lesson,” so this one is really funny and entertaining.

“Louder and Prouder” has a PG label that insists on parental supervision.

“The show was always built as a family show, we were definitely not a kid’s show,” explains creator and executive producer Bruce Smith.

He works side-by-side with another executive producer, Ralph Farquhar, who wrote episodes of the first draft of the show and returns to “The Proud Family” two decades later.

“The PG aspect of it has honestly allowed us to speak more candidly about the topics that we may have covered in the past but had to use code words for,” he said.

Smith agreed by noting, “I mean, we don’t swear or anything like that, but you know you can see we want to swear. There’s a lot of swearing on the cutting room floor, I know.”

As of now, one character has emerged as the fan favorite: Suga Mama.

“She’s our most popular character to this day,” said Farquhar.

She’s just one of the great cast of characters voiced by the names you know, like Anthony Anderson and Leslie Odom Jr.

Entertainment reporter Sandy Kenyon asked what they get out of such a large cast of diverse performers.

“Well,” Farquhar began, “it’s a great opportunity to tell diverse stories if you want, but on the problematic side, it’s hard to get everyone into a 10-episode season.”

A large cast allows every viewer to see themselves represented in the telling of a wide variety of stories.

“We’re taking it boldly, you know, loud and proud,” Smith concludes, adding that they won’t tell you how to think, just put a little truth in with all the jokes!

“The Proud Family: Louder and Prouder” is from Disney+, which is owned by the same parent company as this station.