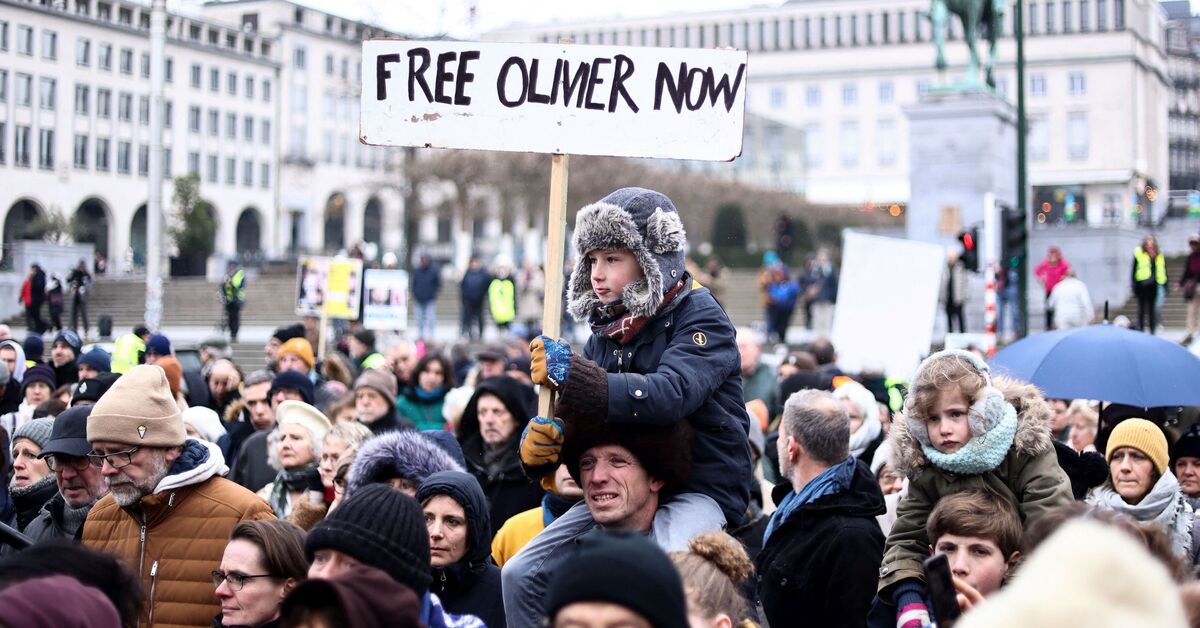 WASHINGTON — As Western governments continue to pile up sanctions against Iran over its crackdown on protests, there are few signs of the leaders backing down.

In any case, the violence has become more deadly. Tehran has resorted to public executions to crush nationwide demonstrations that have posed perhaps the greatest challenge to Iran’s leadership since the 1979 revolution.

On Monday, the US Treasury Department responded with new sentences targeting 10 Iranian individuals and what it described as a slush fund for the Islamic Revolutionary Guard Corps. Among those blacklisted were two IRGC commanders whose troops reportedly fired on protesters in the town of Javanrud with machine guns and heavy weapons.

“If Iran continues with these human rights violations, we will continue to put even more pressure on Iran,” a State Department spokesman said. Ned price told Al Monitor.

The US has issued nine rounds of sanctions so far, but Price acknowledged that it is difficult to prove whether the steady drumbeat of designations is having the intended effect.

The sanctions are mostly symbolic, as the targets are unlikely to have financial assets in the United States or plan to travel there. But Henry Romea senior fellow at the Washington Institute for Near East Policy, said there is still value in naming and shaming Iranian human rights abusers.

“It has advantages in showing that the US can penetrate deep into these organizations and single out individuals for research,” Rome said. “It is possible that a member of the security forces, hit by sanctions or threatened with sanctions, might think twice about doing something. But there is no evidence that that happened.”

Such sanctions could also serve as a tool to spread credible information about the protests and keep the spotlight on rights violations as the uprising fades from the headlines. Monday’s announcement of sanctions, for example, accused the IRGC of targeting vehicles delivering blood bags to local hospitals treating the wounded.

The latest US sanctions were coordinated with the European Union and the United Kingdom, which imposed sanctions on their own targets on Monday. Byan Ahmadiexecutive director of the Toronto-based Institute for Peace & Diplomacy, said there are other ways the West can exert diplomatic pressure on the regime.

“The strategy may include revoking entry, study and business visas for relatives of Iranian officials and those with business interests in the regime, exclusion of regime representatives from multilateral forums and carefully targeted expulsions of Iranian diplomats from capitals said Ahmadi. .

As Al-Monitor first reported, a bipartisan group of lawmakers is urging the Biden administration to impose visa bans on the relatives of Iranian officials involved in the protest violence.

That violence has escalated since demonstrations broke out in mid-September over the death in police custody of the 22-year-old Iranian-Kurdish woman Mahsa Amini. At least four people were executed and about 481 people were killed in the protests, according to the Oslo-based monitoring group Iran Human Rights.

The government’s brutal response has taken its toll on the protest movement, which observers say seems to be waning. Our correspondent in Tehran – whose name The Takeaway is withholding for security reasons – says the authorities’ actions, coupled with the cold weather, are keeping many protesters at bay.

“Many Iranians are now hoping for outside pressure,” our correspondent said. But if there are more executions or if the economy gets much worse, “a resurgence of protests could happen at any time.”

Sign up here to receive The Takeaway in your inbox every week.

The Republican chairman of the House Foreign Affairs Committee wonders whether US support for certain recovery projects in Syria will undermine Washington’s little leverage against Bashar al-Assad‘s government. In a letter to the Secretary of State Anthony Blink on tuesday rep. Mike McCaul (R-Texas) said he was “alarmed by the dramatic expansion of U.S. aid to Assad-controlled areas for purposes far beyond life-saving humanitarian assistance.”

The United States is funding humanitarian aid across Syria, but has made support for full reconstruction contingent on the Syrian government’s progress toward a political solution. A subset of that humanitarian assistance, known as early recovery assistance, aims to restore basic services in sectors such as health care, sanitation and education.

In the letter obtained by Al-Monitor and first reported by Devex, McCaul urged the Biden administration to prevent early recovery aid from being used as “a rebuilding permit,” which he described as the main source of leverage from the international community against the Syrian regime.

McCaul’s letter comes as regional governments are gradually re-establishing diplomatic ties with Syria, some 12 years after the uprising that attempted to overthrow Assad. Critics say the government could do more to prevent Damascus’s return to the Arab herd, including through so-called Caesar Act sanctions.

US helps pay the salaries of the Lebanese army

The Biden administration announced on Wednesday that it would provide $72 million to help Lebanon pay its security forces who are struggling to make ends meet.

The temporary assistance — in which eligible soldiers and police officers receive $100 in cash every month for six months — marks the first time the United States has paid the salaries of the Lebanese army and police. The UN Development Program will disburse the money.

US Ambassador to Lebanon Dorothy Shea said in a statement that the diverted aid was given “in light of the urgency of Lebanon’s dire economic situation”. Enlisted soldier salaries have fallen from about $800 a month before the currency crisis to just over $100 today, the The US Express News reports.

Other top stories from our contributors

• Ben Caspit explains why an illegal outpost in the West Bank has placed Israel’s Defense Minister Yoav Gallant and Minister of Finance Bezalel Smotrich on a collision course.

• As the Turkish-Syrian dialogue progresses, Hayat Tahrir al-Sham seems eager to capitalize on the confusion in the ranks of the rebels, writes Fehim Tasketin.

• Report Dogan reports that the taxi shortage in Istanbul pits tourists from the Gulf against the locals of Turkey.

• The assassination of a prominent Turkish nationalist almost a month ago has divided the country’s nationalists, the newspaper reports. Andrew Wilks.

• For Al Monitor Pro, Samuel Wendel examines whether China can surpass the United States as a major partner for space cooperation with the Gulf region.

Farmers in the Okavango Delta hope to reap the benefits of...