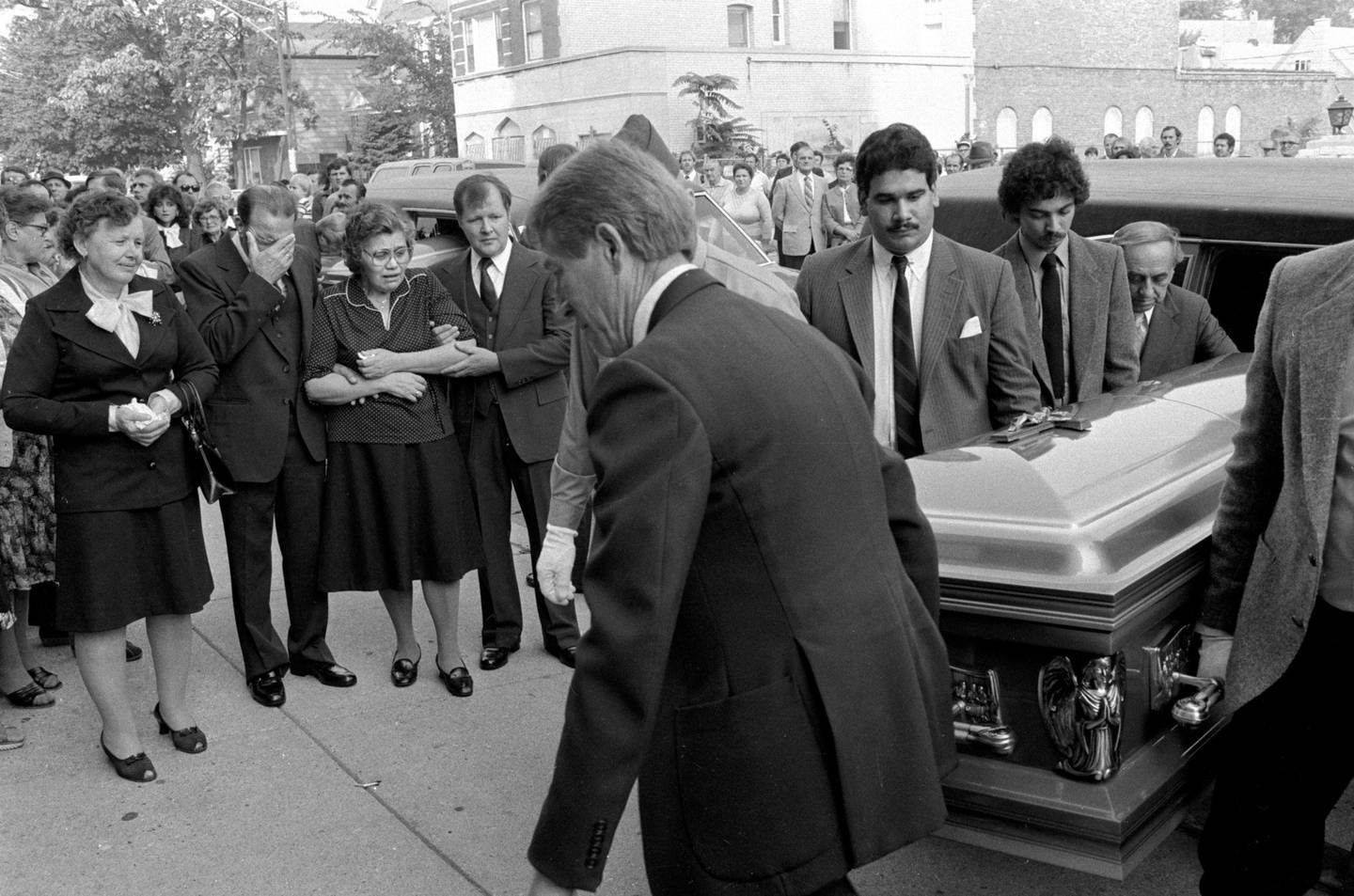 As the 40th anniversary of the 1982 Tylenol case approaches, the Tribune has launched an in-depth investigation into why the murders that both terrified and fascinated the country have never been solved.

The episodes in a six-part newspaper series and an eight-part podcast will be released online every Thursday through October, with print versions of the series on Sundays. Read it all at chicagotribune.com/tylenolmurders.

The eight-part podcast, “Unsealed: The Tylenol Murders,” is part of a collaboration between the Tribune and At Will Media, in conjunction with audiochuck. Click to subscribe and listen to Apple podcasts, Spotify, Amazon music, Pandora or Stitcher.

Both the series and the podcast begin by recounting the chaotic 24-hour period on September 29, 1982, when seven people took Tylenol capsules containing potassium cyanide.

The poisonings in 1982 left seven people dead and the country panicked. Widely regarded as an act of domestic terrorism — a term not used in the country’s vernacular at the time — the murders sparked sealed packages, fake murders and myths about tainted Halloween candies.

The Tylenol case is a decades-long tale of heartbreak, anger and frustration. It is a story without end, without closure for those involved.

And so it begins.

>>> Listen to the podcast here

Within hours of finding cyanide in Tylenol capsules that killed three people in the northwestern suburbs, the Cook County medical examiner’s office held a press conference to warn people of the potential poison in their medicine cabinets. The U.S. Food and Drug Administration then warned the public against taking the pain reliever in capsule form.

In Illinois, some towns started taking bottles off store shelves and sent police officers out with megaphones to encourage people to throw away their Tylenol. Police and fire stations also began collecting bottles.

And soon a large-scale criminal investigation was underway.

>>> Listen to the podcast here

As the 40th anniversary of the 1982 Tylenol murders nears, investigators are working with prosecutors on a now-if-ever attempt to hold a long-standing suspect responsible for the poisonings that killed seven people in the Chicago area, the police said. Tribune heard.

This summer’s rallies mark the latest effort to pin the unsolved murders of James W. Lewis, a former Chicago resident convicted years ago of extorting $1 million from Johnson & Johnson amid a global panic that erupted. after the victims cyanide-laced capsules. He has denied responsibility for the poisonings.

At the heart of the Tylenol case are seven people, from Elk Grove Village to Chicago, who died simply because they were taking some Extra-Strength Tylenol for their aches and pains. Their deaths caused children, husbands, parents, siblings and friends to mourn.

Here’s how the murders happened 40 years ago over several days in late September, and a reminder of each person.

>>> A family day full of horror

>>> Photos: heartbreak of one family

Reporters interviewed more than 150 people, many of whom are retired but continue to give their time and knowledge to researchers who are still working on the case. The team also reviewed tens of thousands of pages of documents, including sealed affidavits and other confidential documents that outline law enforcement’s best evidence.

APD looking for suspect in May Park shooting