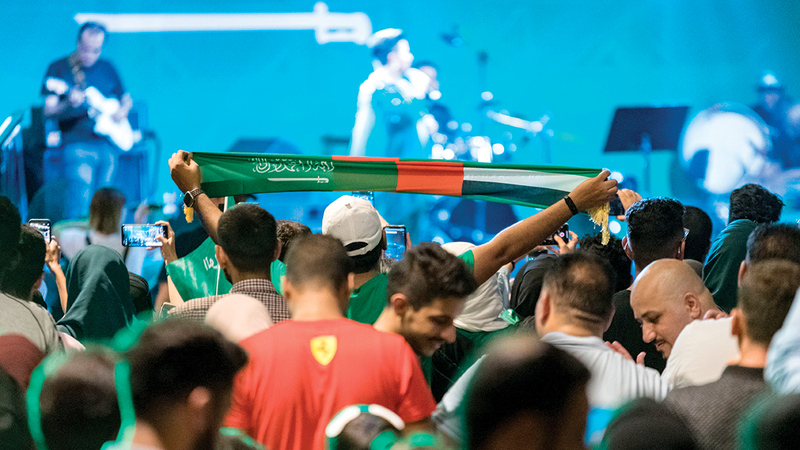 Partnership, cooperation and brotherhood have always been and still are the core axes in the Emirati-Saudi relations in the sports field, which represent an extension and complement to the solid and well-established relations between the two countries in all fields.

Over the course of more than five full decades; Since the founding of the UAE in 1971, the sports relations between the two countries have been a model for successful partnerships, cooperation and exchange of experiences at various levels in light of identical visions, unity of purpose and agreement of interests, which gave this partnership and sports relations between the two countries a unique character.

This partnership and cooperation in the field of sports was one of the most prominent elements supporting the bridges of communication between the two brotherly peoples, and participation in promoting the values ​​of friendship and brotherhood between the two countries.

See also  The Old Man, review: Jeff Bridges rages - and fights - against the extinction of the light

Since the establishment of the UAE, sport has been one of the first sectors to look abroad, and it has established dialogues, agreements, meetings, championships and joint initiatives with brothers and friends in various countries of the world, but the continuous coordination and permanent cooperation with the Kingdom has had a rare peculiarity, and evidence abounds in the depth of relations between the two parties. over the past half century.

Sports relations between the UAE and Saudi Arabia were never just competition, but were and will remain partnership, cooperation and friendship. There are many commonalities in the sports sector between the two countries. In appreciation of the role of the UAE and the late Sheikh Zayed bin Sultan Al Nahyan, may God rest his soul, the Arab Football Association, based in the Kingdom of Saudi Arabia, was keen to name the “Zayed Cup” for the Arab Champions Clubs Championship in the 2019/2020 season and that the final match would be held on the ground UAE.

The first appearance of the UAE national football team was in the official foreign participations in Saudi Arabia, where it participated in the second Arabian Gulf Cup championship in 1972 in Saudi Arabia. On March 19, 1972, the first official meeting between the two countries’ teams took place at Al-Malaz Stadium in Riyadh.

Félicien Kabuga: Rwanda genocide suspect is on trial in The Hague

‘Overwatch 2’ teases some of the first skins for the in-game...