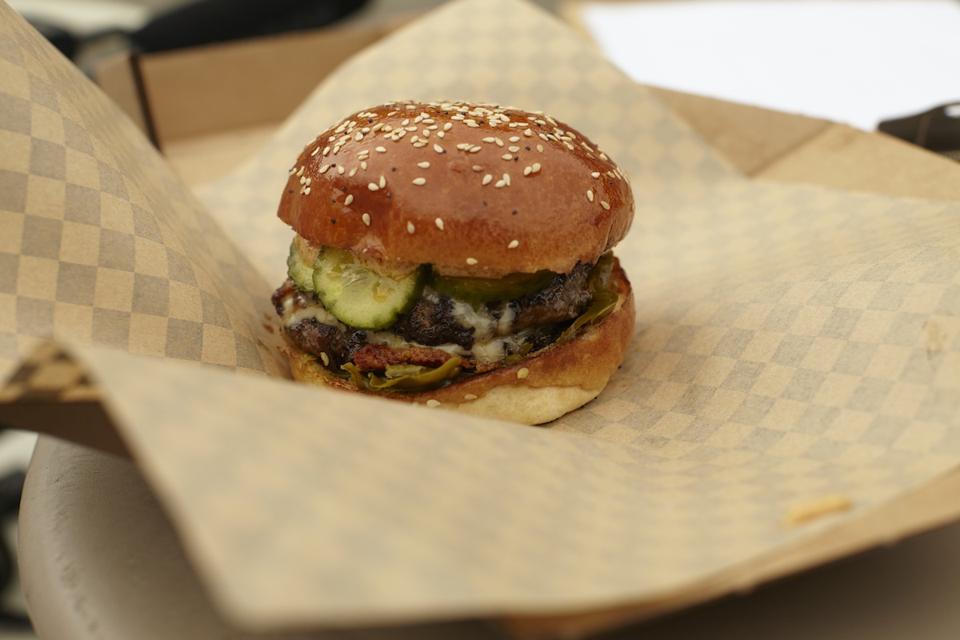 Burgers are a home delivery item that is best prepared on arrival. A cooked-to-go burger inevitably requires reheating and ideally disassembling so as not to ruin the toppings. It will never taste so good when reheated. Many burger restaurants have realized this and have created homemade burger kits with raw patties and all the ingredients to cook and assemble at home. Here are some of the best home delivery kits from the UK’s favorite burger restaurants, including a vegan burger restaurant and a chicken burger option.

Bleecker, nationwide, from £ 22 for four burgers

Zan Kaufman, the American founder of Bleecker burgers left a corporate law job in New York to sell burgers in a van in London in 2012 and now has seven permanent locations in the capital. Bleecker uses rare breed grass-fed beef from small UK farms and last year they won the UK National Burger Award for their double cheeseburger. Loyal fans have been satisfied during the pandemic with home delivery kits that include the same meat, buns, cheese and seasonings they use in their kitchens, plus a bottle full of homemade sauce. Bleecker. Nationwide delivery is every Friday.

The Ethical Butcher, renowned for its sustainable, 100% pasture-fed meat, has partnered with Ground Burgers to provide premium burgers and homemade fries for home delivery. The burgers are made from dry-aged, pasture-fed beef (absolutely no soy or grain-based foods are used) from The Ethical Butcher’s four UK farms. Their meat is good for the planet, better for animal welfare, and most importantly, tastes better. The kit is super easy to use with minimal preparation required, but the results are outstanding. Simply bake the fries in the oven and season, bake the burgers, toast the buns and assemble them using as much of the candied pepper, baconnaise and seasonal pickles as you’d like.

Honest Burgers is one of London’s best gourmet burger chains, so it’s no surprise that their DIY burger kits are great. Each Honest at Home DIY burger kit includes everything you need to make your signature burgers at home: ground British chuck steak and rib cap patties from their Honest Butchery, slices of British cheddar, slices of dried smoked bacon dry, The Bread Factory hamburger buns plus carmelized red onion relish, pickles and a cheerful green tote bag. The kits also include rosemary salt to add to your homemade chips, if desired.

Burger and beyond, delivery throughout the country, from 25 € for four

Burger and Beyond has a range of DIY kits, including top selling burgers and signature sides, delivered to your doorstep. Expect the same premium ingredients used in their restaurant, including native breed meat from Swaledale Farm in the Yorkshire Dales. One of the favorite customers is the Bacon Butter Burger with a mix of 35-day-old ground beef, crispy pancetta bacon, American cheese, burnt butter mayonnaise and pickled onions between two half-brioche buns. .

Gaucho, delivery throughout the country from € 9 / burger

The Vurger Co. is one of London’s best vegan burger restaurants. Burgers use a variety of beans and legumes as a base and vary in spiciness, including black beans, roasted pepper, and corn. Their best-selling home delivery kit is the all-vegan NY Melt Meal Kit with two patties, slices of ‘cheese’, vegan buns, lettuce, pickles, tomato, burger sauce and a portion of skin on French fries.

From Country To Coast: How Artisan Wellness Brands Are Inspired By The British Isles

One thing is certain about Biden’s call for more gun control, it will speed up the sale of guns