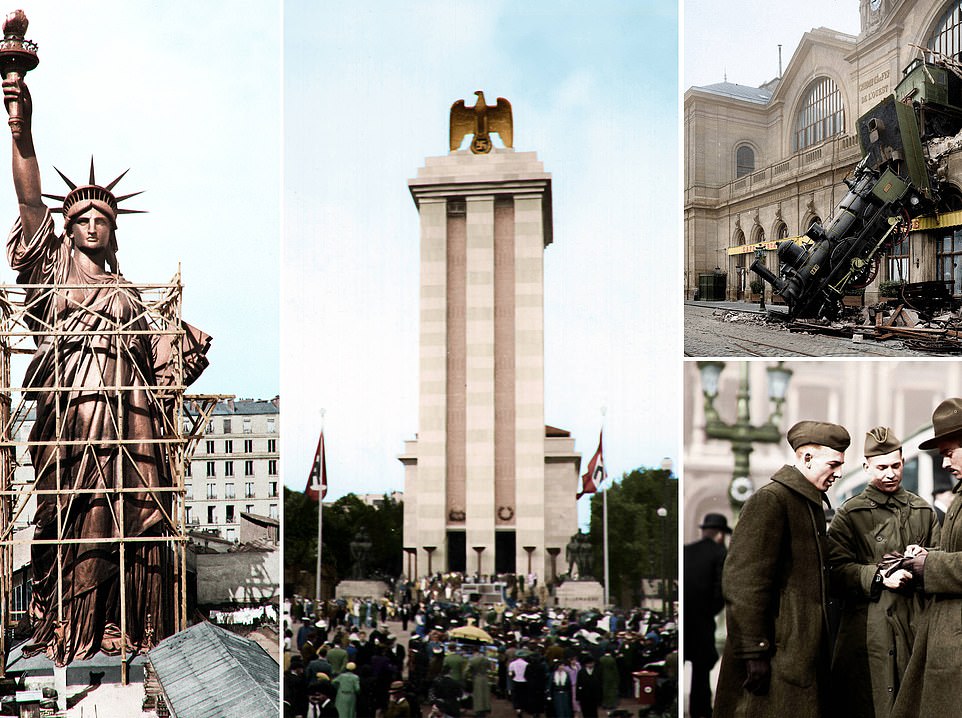 The vibrant history of Paris as you’ve never seen it before: colorized photos trace the evolution of the city of love through the industrial revolution, the First World War and the foreshadowing of the Nazi occupation during the Second World War

Photographs showing decades of rapid change in Paris have been revitalized in a series of colorized images, capturing key historical events in the city’s development. Running from 1856 to 1937, the footage shows the French capital as it went through a period of change and development, in the form of the Industrial Revolution, followed by conflict in World War I and a grim foreshadowing of the Nazi conquest during the First World War. Of them. 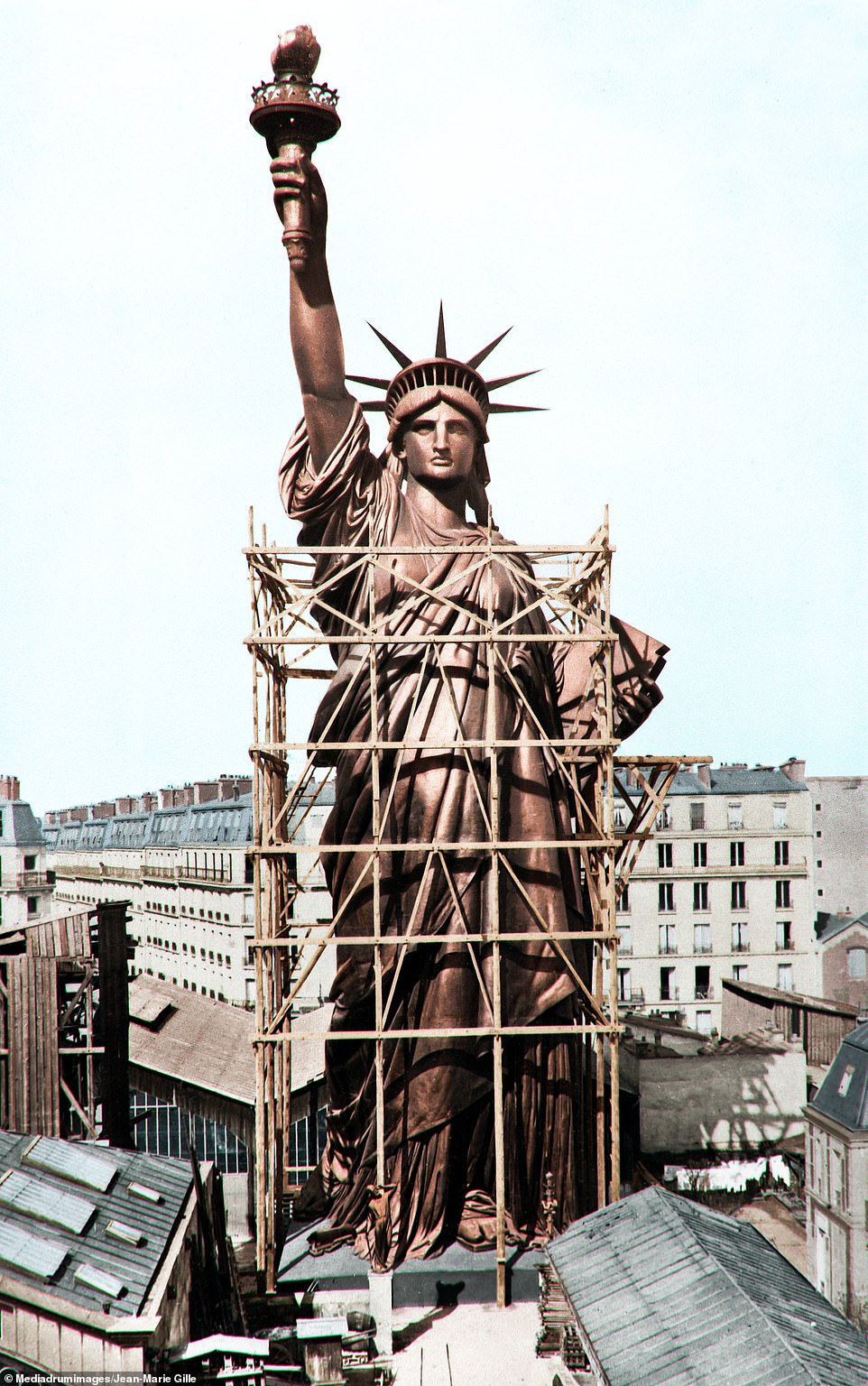 1884: New York’s Statue of Liberty under construction in Paris. The statue was gifted to the United States by France and dedicated in 1886. Colorizer Jean-Marie Gillet, 39, from the suburbs of Paris, brought these stunning images to life after embarking on colorization when he transformed a selection of family photos several years ago. from. 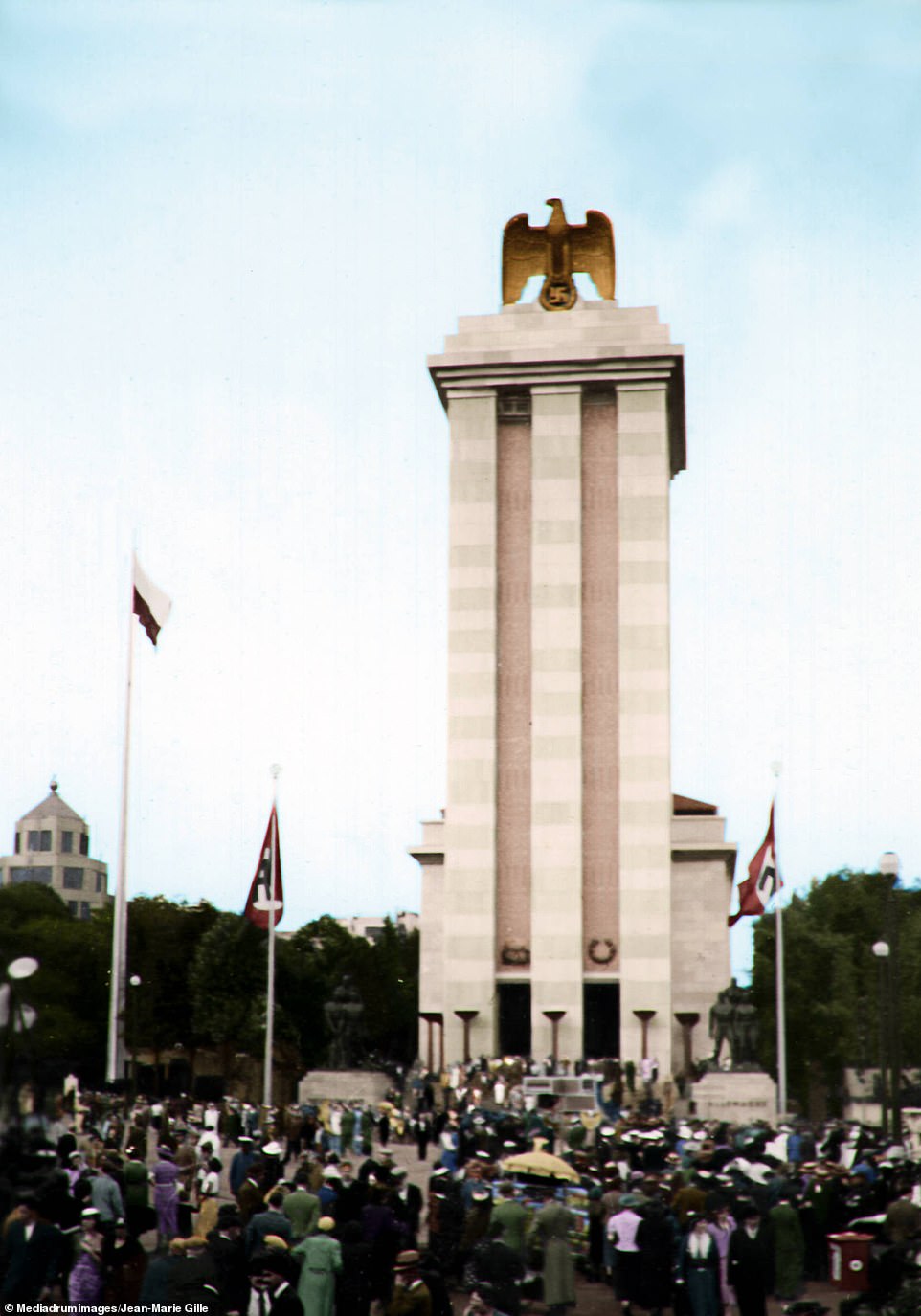 1937: The German Third Reich builds a pavilion in front of the Eiffel Tower in a bid to outwit the Soviet Union at the 1937 World’s Fair in Paris – just three years before Germany invades France. 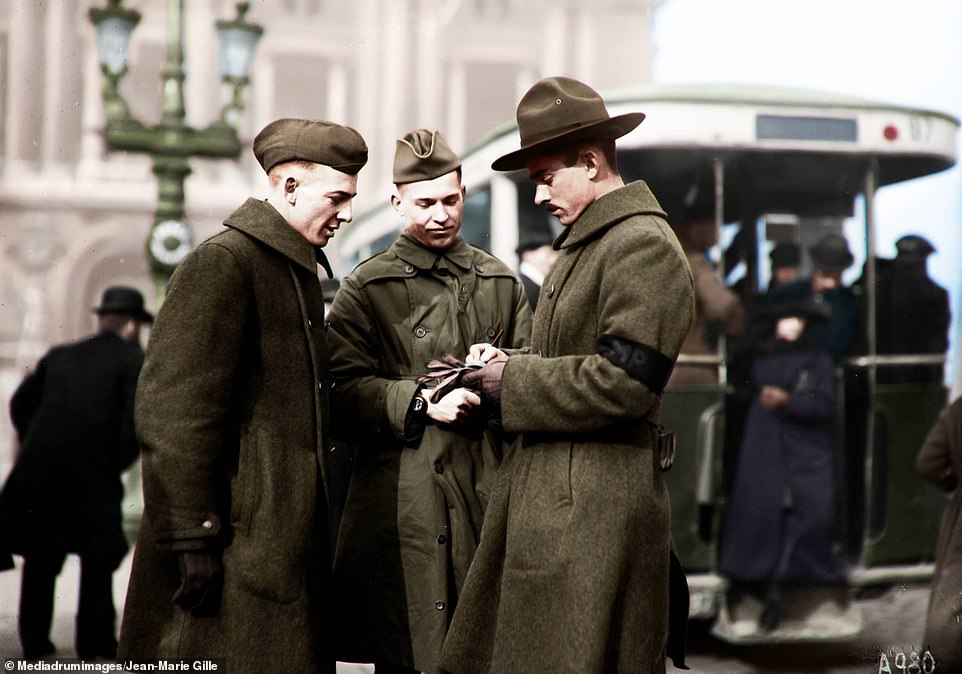 1919: American military police on duty at Place de la Concorde, at the end of the First World War. American Expeditionary Forces assisted the French Army, as well as the British, Canadian and Australian armies, in repelling German forces from Paris and France. 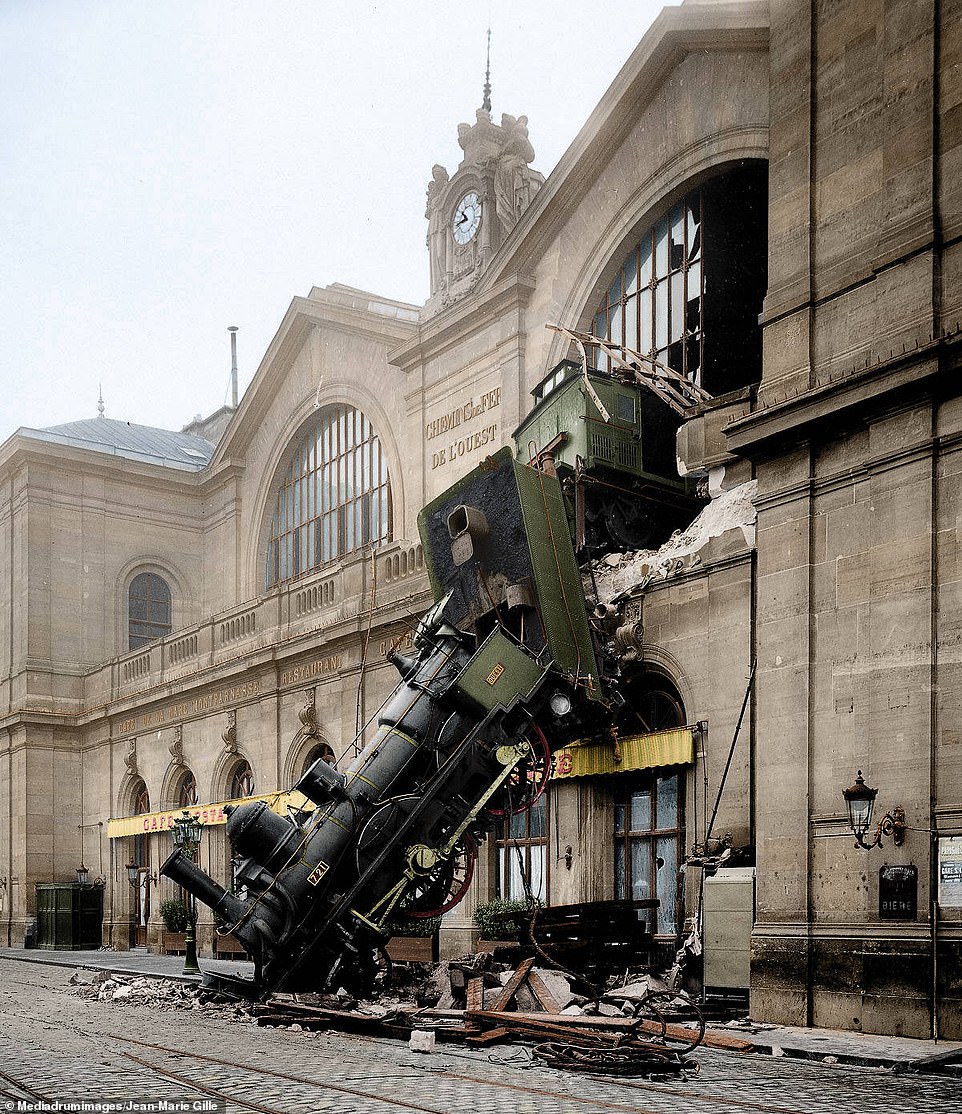 1856: A view of the center of Paris, including the construction of the Pont du Change, with Notre-Dame in the distance. The bridge was built during the reign of Napoleon III and bears his imperial insignia. 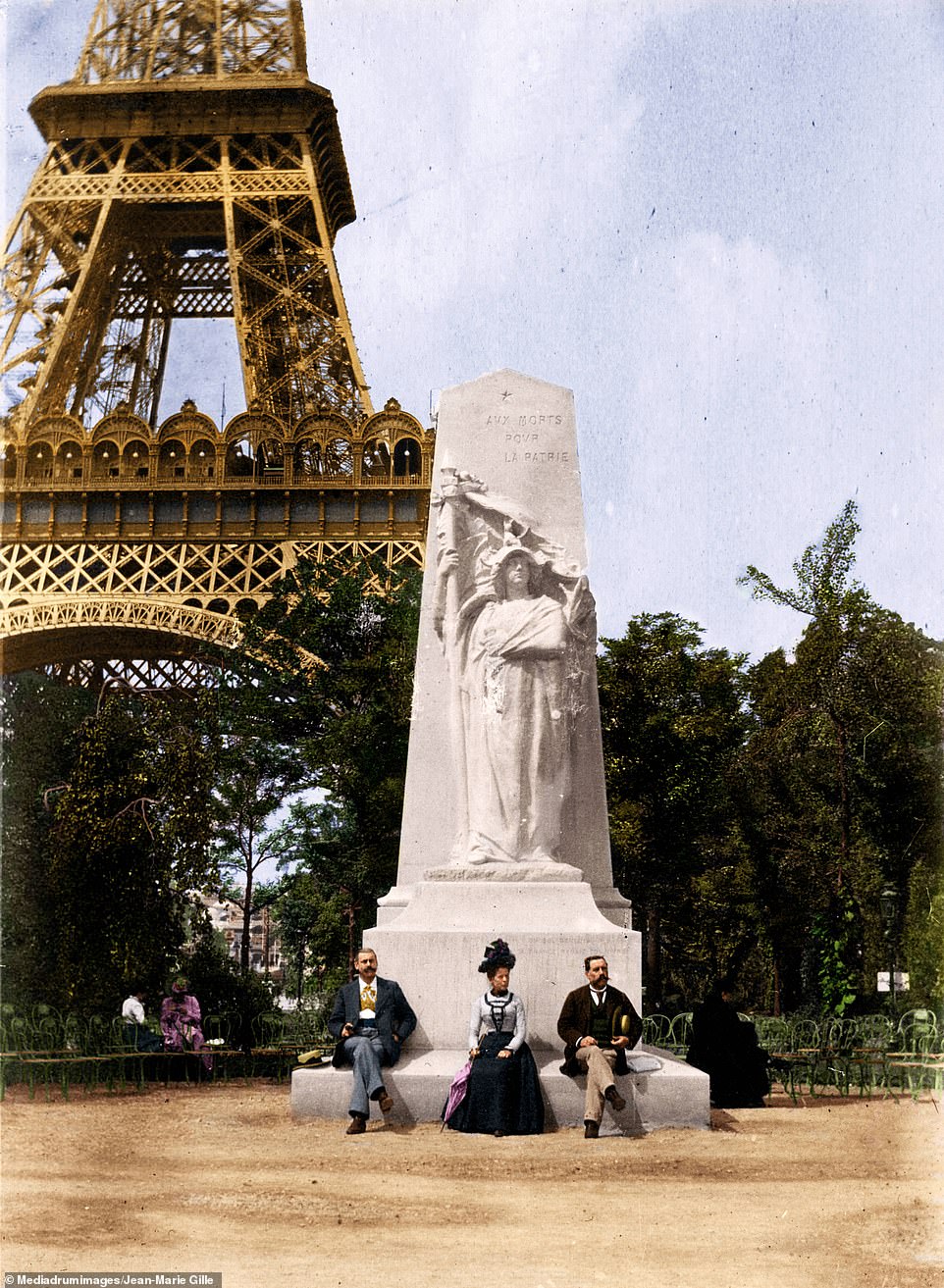 1892: French tourists visiting the Eiffel Tower shortly after it was painted from Venetian red to brown ochre. 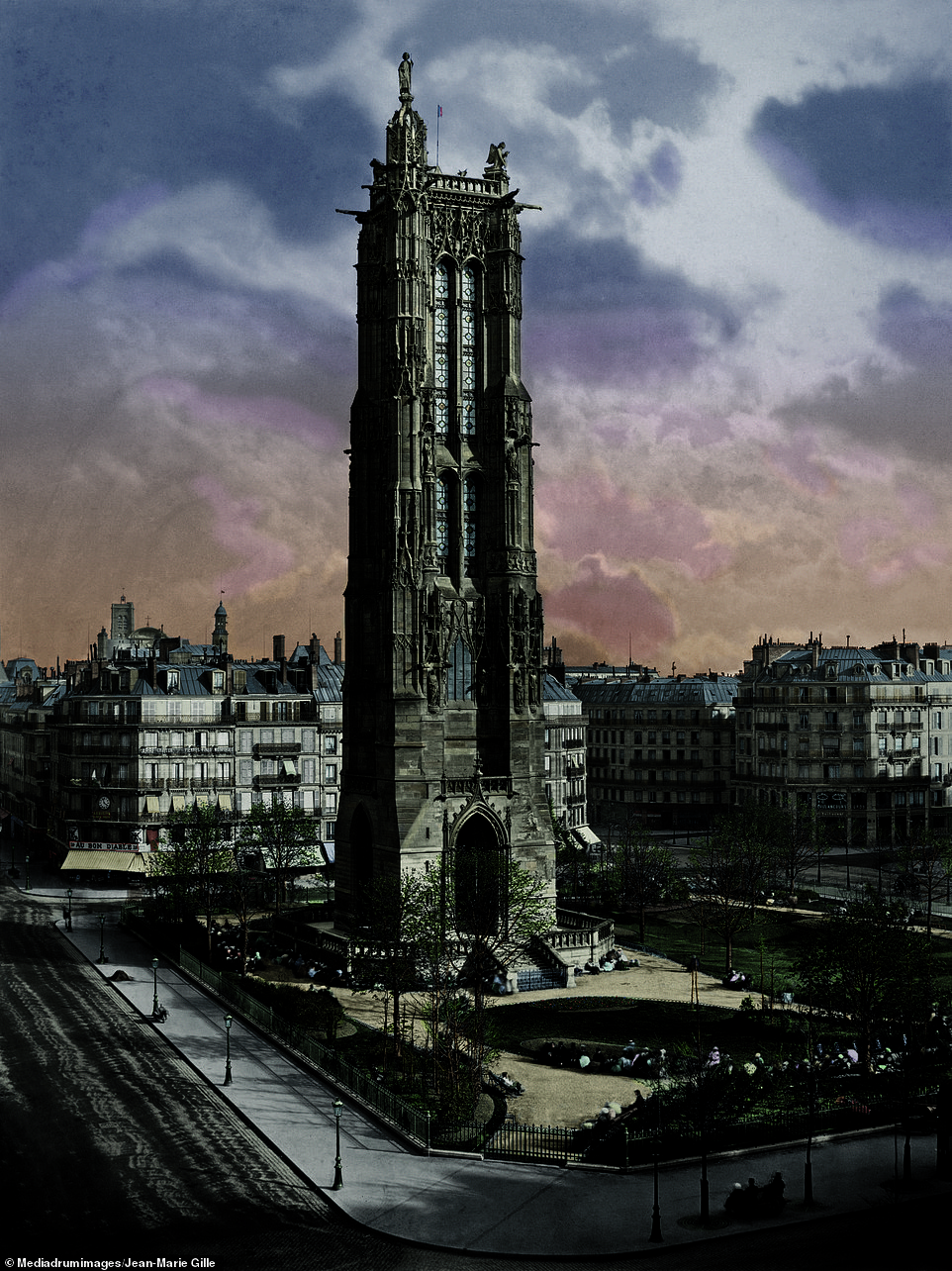 1867: Tour Saint-Jacques, originally built in the 16th century – which was the tallest building in Paris before the construction of the Eiffel Tower. The tower is 52 meters high and is all that remains of the former 16th century Church of Saint-Jacques-de-la-Boucherie after it was demolished during the French Revolution in 1797. 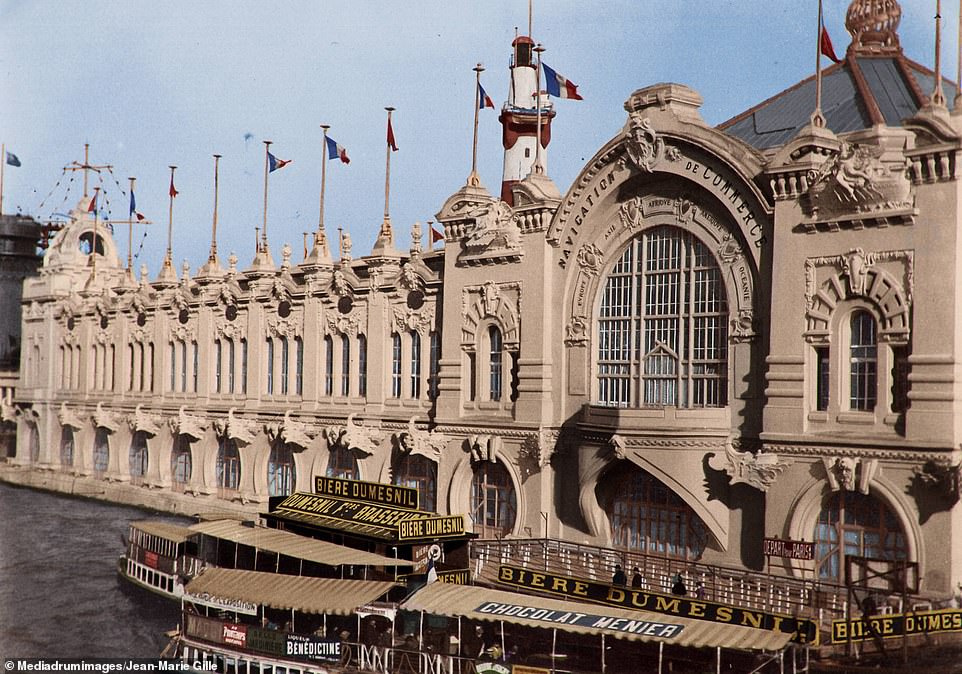 1900: The Palais de la Navigation, which hosts exhibitions on boats and maritime trade at the Universal Exhibition in Paris. The fair was held to celebrate the achievements of the last century and to accelerate development into the next. It was visited by nearly 50 million people and featured many technological advancements including the Paris Ferris wheel, moving walkway, diesel engines, talkies, escalators and the telegraph. 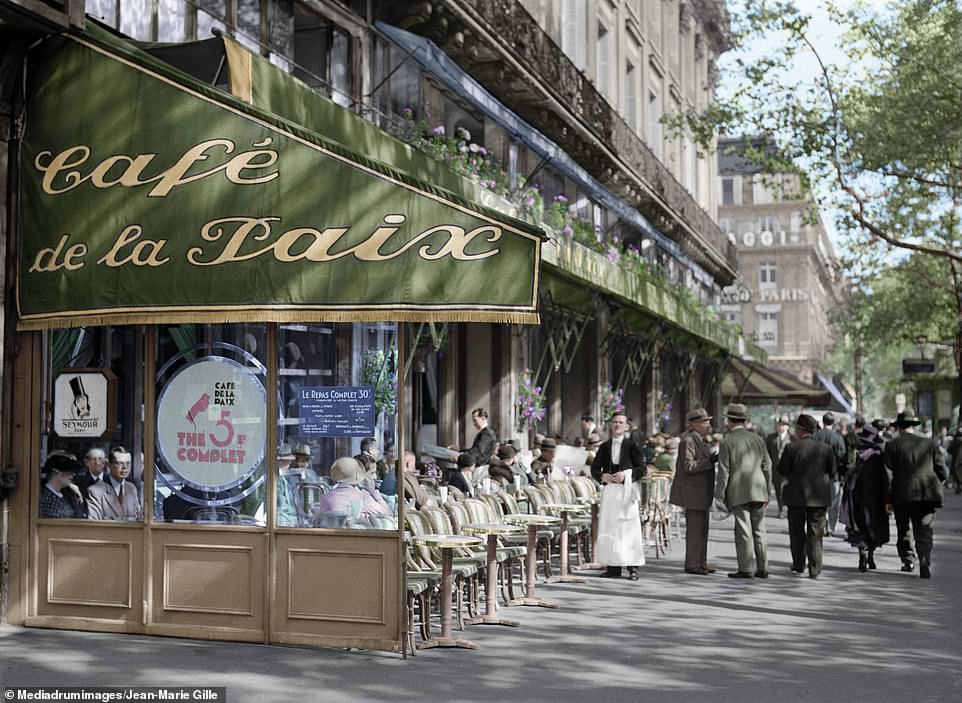 1935: Café de la Paix, a famous café located on Boulevard des Capucines. It was designed by architect Alfred Armand, who also designed the InterContinental Paris Le Grand Hotel in which the cafe is located. 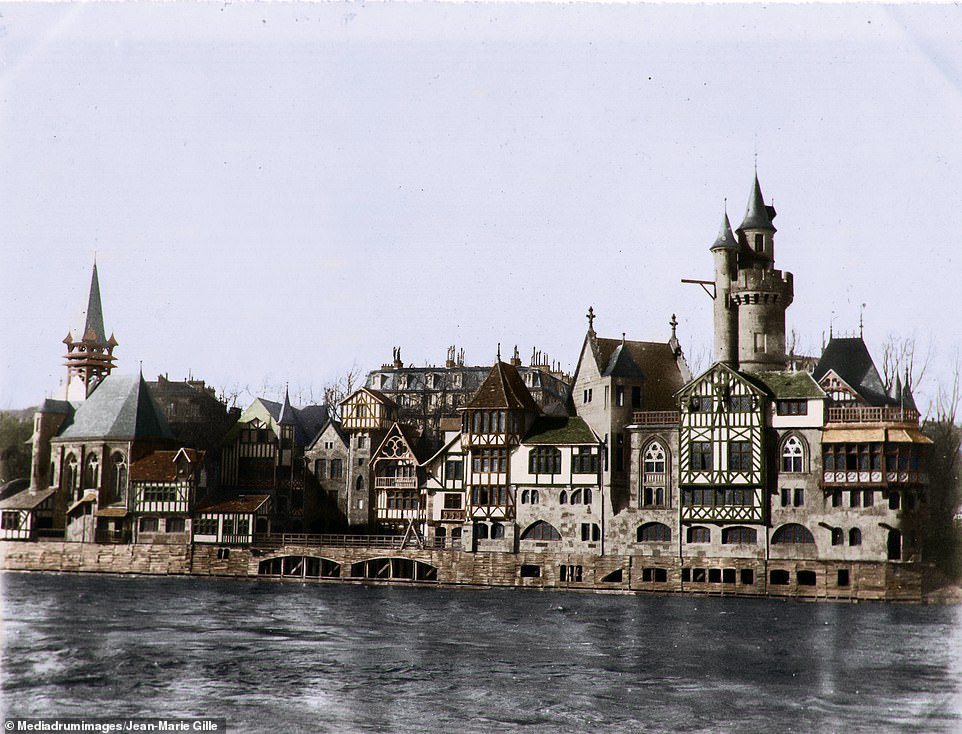 1900: A representation of what Paris would have looked like in medieval times on display at the Universal Exhibition in Paris. 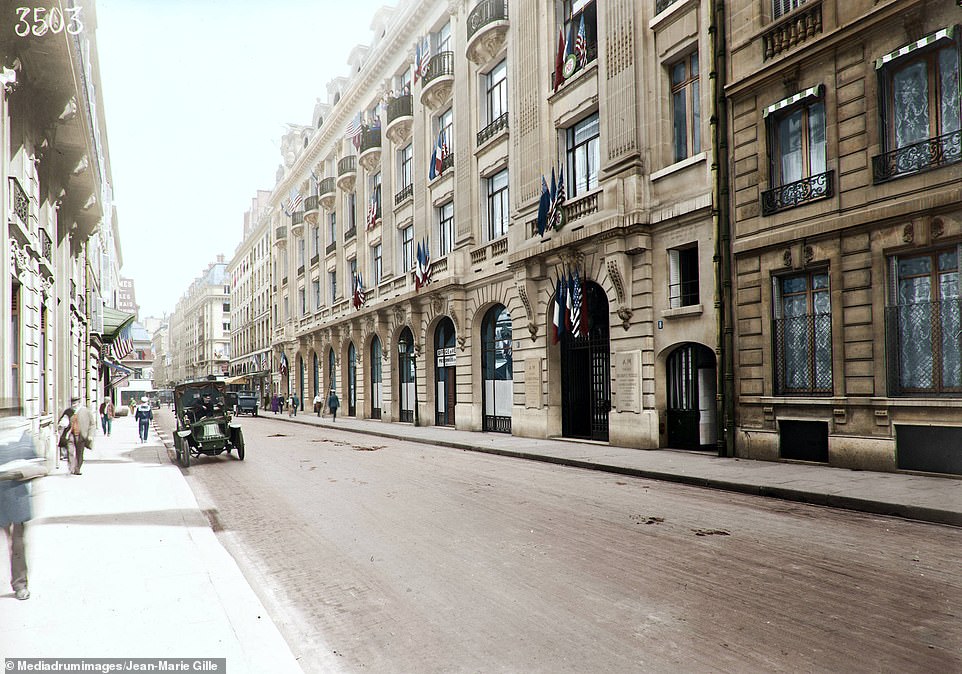