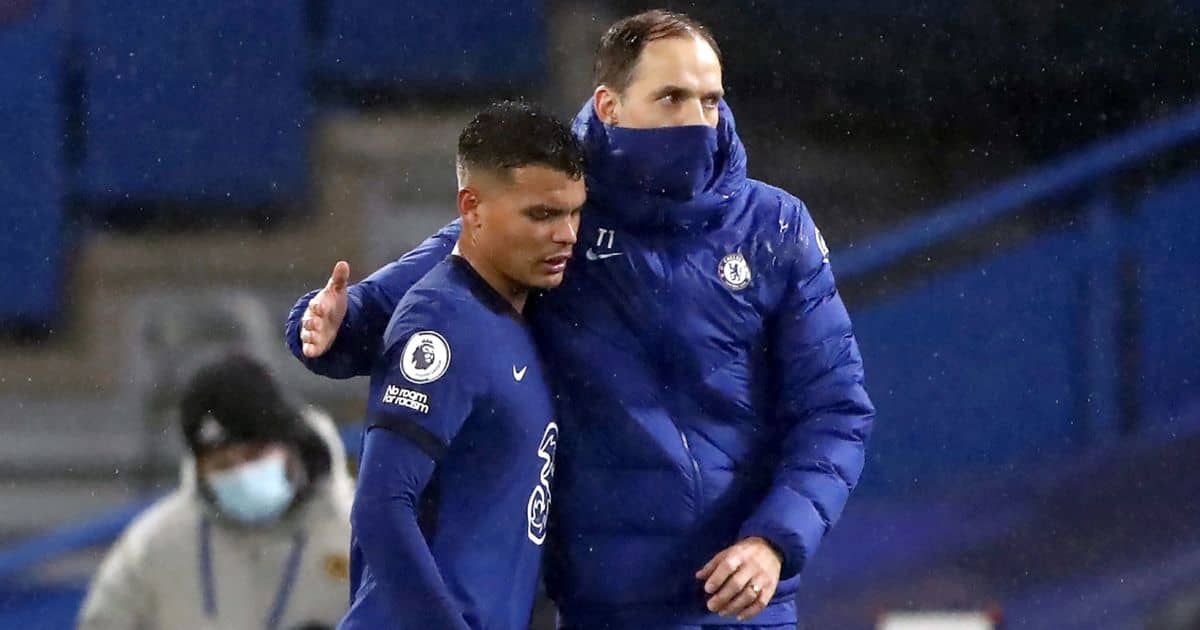 Thiago Silva has revealed his desire to continue playing at a high level with Chelsea and cited former AC Milan teammate Paolo Maldini as an example to follow.

Silva joined Chelsea on a free transfer from Paris Saint-Germain after the French club released him this summer. The 36-year-old defied his years and made a strong impression at Stamford Bridge. In his last appearance, he helped the Blues to confirm their place in the semi-finals of the Champions League.

The Brazilian is hoping for further success with the London club and has now offered a strong clue to his plans.

Silva only signed a one-year contract with the club he moved to in the Premier League. However, Chelsea have the option of extending their contract for an additional year.

Thomas Tuchel, who has coached Silva at PSG and now Chelsea, has already suggested there must be patience on a new chord, despite how happy he was with it.

But Silva has now strongly suggested he sees his future at Stamford Bridge.

“I hope to continue like this,” said Silva Sky Sport Italia. “I want to continue playing at this level and make it to the World Cup in 2022.

“Thomas Tuchel is doing an incredible job here at Chelsea.”

“My secret is hard work. All my career I have been preparing to reach the final phase.

“I took as an example Maldini who played until 40 years with Milan. In the last six months we’ve been playing together, it was an amazing thing.

“From that moment on, I started to think that if I prepared myself, I could be at this level at 36 years old. I still play in the Champions League which is the most important tournament.

“I want to follow the path laid out by Maldini.”

Silva has made 24 appearances for Chelsea so far, scoring two goals. Of those appearances, 18 were in the Premier League, all of which were starts.

Chelsea have kept clean sheets in half of the league games Silva has started, a sign of his influence on the team.

Tuchel in the Champions League message

Silva and Tuchel reached the Champions League final with PSG last season and are now 180 minutes away from doing the same with Chelsea.

The Blues will play the winner of the quarter-final between Liverpool and Real Madrid in the last four. There are certainly no easy opponents at this point but Tuchel insists it’s everyone’s game.

“We are in the competition and in the semi-finals it’s anyone’s competition,” said the German.

“In the semi-finals you need fit players, you need momentum and you need luck in games.

“When you look at last week’s scoresheet, you saw two players who scored their first goals in the competition (Mason Mount and Ben Chilwell).

“When you look at the score of Kylian Mbappe, Neymar, Karim Benzema or Mo Salah, it’s their 50th or 100th goal or something like that.

“We arrived with a very young team. We want a young team to make a difference.

“What a young team can do is run, fight and hang on. It’s a big adventure for them and it’s a big step to be here.

“It’s a great success. You see when Chelsea were last in the semi-finals.

“We are not used to being there. Once you’re there, you play for the final; it’s clear.

“We take every minute to learn and grow. You can’t improve without these experiences, so we are doing it now during the process, while we are playing it.

“Yeah, it’s good to be on the sidelines because you see all the effort.”

READ MORE: Chelsea switched to ace Man City could not sign on one condition

IPL 2021 suspended: will the rescheduled tournament take place without the English players? Ashley Giles says THIS