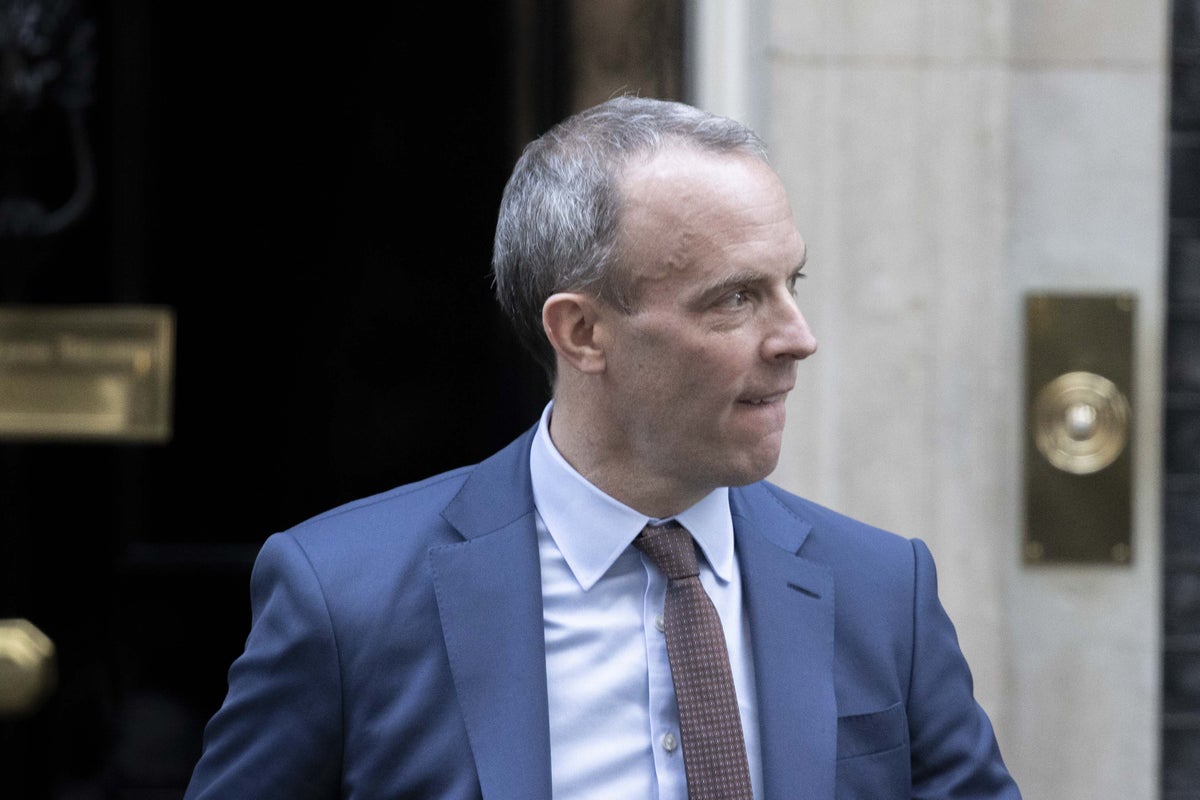 Sign up for our Brexit email for the latest insight

A third charge against Dominic Raab is being investigated by the inquiry ordered by No. 10, further deepening the crisis surrounding the Deputy Prime Minister.

The investigation into Rishi Sunak’s main ally has already focused on his behavior as justice minister and cabinet minister, but his time as Brexit secretary is now also under scrutiny.

A Downing Street spokeswoman said the third complaint was received two days ago, adding: “The Prime Minister has asked to look into that.”

A leading lawyer, Adam Tolley, was appointed this week to investigate whether Mr Raab had engaged in bullying or other unacceptable behavior in his previous positions.

It has always been possible to expand the investigation amid a blizzard of new allegations from senior officials in various government departments.

TUSEN Newsnight reported this week that the deputy prime minister’s former private secretaries, who are responsible for his day-to-day affairs, were preparing to file formal complaints.

But No. 10 said the third formal complaint was received by the Cabinet Office on Nov. 23, broadening the scope of the investigation.

See also  'I was sold when I was six': how climate change is driving modern day slavery

“The Prime Minister has now asked the investigator to add another formal complaint regarding the behavior at the Department for Exiting the European Union and to establish the facts in accordance with the existing mandate,” the spokeswoman said.

Dave Penman, general secretary of the FDA officials’ union, described the allegations against Mr Raab as “an extraordinary coincidence”.

“We have never come across a situation where so many officials seem to be complaining about a minister’s behaviour,” he said.

“There are a series of allegations that seem to be coming across a number of departments where Dominic Raab has worked. Each will have to be approved by the Prime Minister for examination.”

The deputy prime minister, who requested the Tolley inquiry, has vehemently denied any allegations sky news on Thursday: “I have behaved professionally at all times.

“I am the one who, when the complaint came in a few days ago – the first ever against me since I have been a minister since 2015 – called for an independent investigation.

“I look forward to handling it fully and transparently, rather than anonymous comments in the media.”

“I have always adhered to ministerial code, including using my iPhone,” he stressed, adding that he had “always been careful to protect the integrity of all communications.”

China: Many arrests in a wave of protests against Corona policy