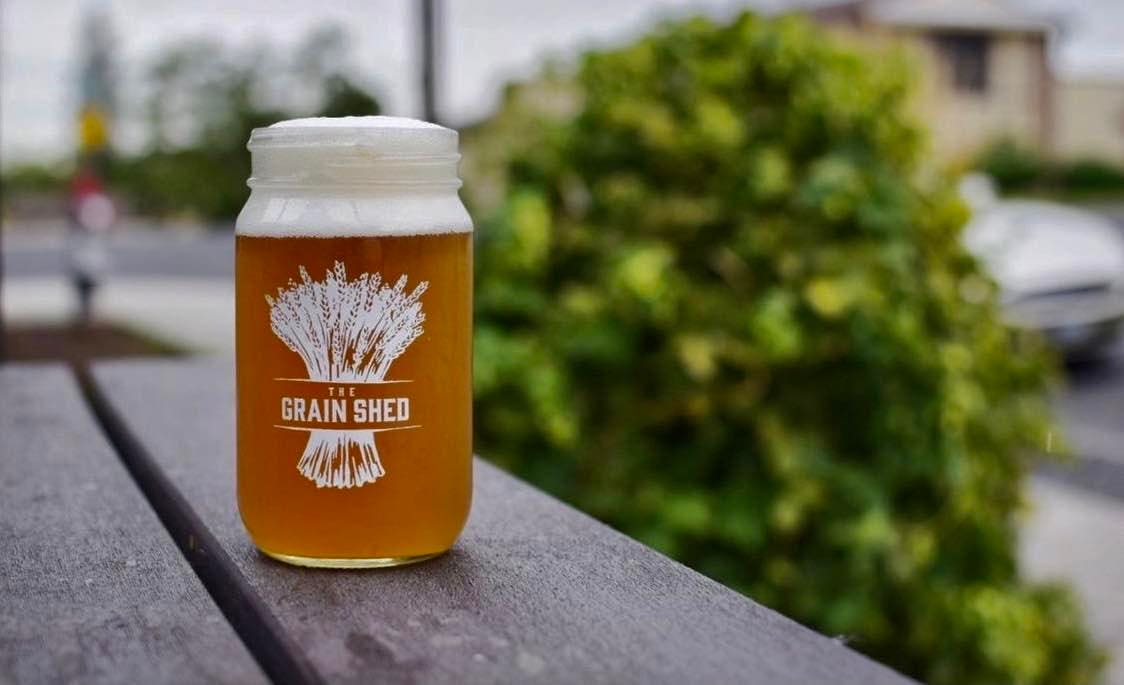 Here’s a tasty story of what happens when brewers team up with a genius baker and forward-thinking grain grower.

This humble space located in the Perry District of Spokane, Wash., Might just be the most perfect accomplishment of all that world-class grain can accomplish. It is a brewery that doubles as an artisan bakery using grains grown in the neighboring region of Palouse, grains malted by local partners. Talk about a shining example of vertical integration!

The Grain Shed is also a co-op where employees end up owning – think Bob’s Red Mill – giving everyone involved a stake in the success of the business.

Like many brilliant shots, this one was concocted on beers. Founder Joel Williamson and his friend Teddy Benson had been home brewers for a while before deciding to go pro. Both had pursued careers away from the brewing world before embarking on this path, Benson as a school teacher and Williamson in theater and associations.

“I was born and raised in Spokane and grew up around the farming business,” Williamson said. “After being away for a while, I came back to the area and got involved in cooperatives, as a mechanism to bring change to communities. ”

Williamson was on the ground floor of LINC Foods, a food hub owned by workers and farmers, dedicated to creating a strong source of local ingredients to feed the community. This includes the heritage grains grown south of Spokane in the leafy region known as Palouse. It was there that Williamson met Scheuerman, becoming a big fan of his efforts to revive grains that were put on hold in favor of varieties more suited to industrial agriculture.

LINC Foods ultimately led to the creation of LINC Malt, which operates under this lofty mission statement: value malt and add a new chapter to the fascinating history of Inland Northwest grain.

The Grain Shed has emerged as the ideal vehicle for delivering goods made from 100% locally produced ingredients. Very impressive, but what does it taste like?

A toast to toast

For the beginner, reading The Grain Shed menu can be a bit daunting. Coming from a world where you choose between white wheat and whole wheat, the vast selection of named grains presented in the tempting case and on the shelves can seem daunting.

How to choose between Khorasan and Turkey Red? Breads with toasted Gazelle Rye look magical, don’t they? Then there are the Egyptian purple brownies. You don’t want to miss them.

The stellar staff can guide you if you feel lost. Or, there’s always the generous sampler.

If you’re able to stay and sit at one of the outside tables, an introduction to The Grain Shed’s incredible assortment of baked goods should start with a simple piece of buttered toast. This is the best way to savor the robust flavors of these ancient grains, the nutty quality, the deep earthy notes. Wow. It’s almost like discovering how amazing an old Bordeaux can taste after years of drinking plonk.

And on the beer side

Unsurprisingly, the beer produced by The Grain Shed shares the same vision of showcasing these local grains. When they debuted in 2018, Spokane-based beer columnist Rick Bonino described them as moderate in strength and malt. Not too hoppy.

Brewers are also working to raise the profile of hops grown in the Northwest in the beers produced. There is a lager produced with a single variety of hops grown in Idaho, for example. It’s downright revolutionary.

Egyptian purple barley makes its appearance in a beer described as having dried apricot notes and a “battered malt” quality.

The beers are sold on draft and in cans with labels indicating “Bière from here”.

LINC Malt’s malted grains, however, travel widely as spirits from well-known Seattle distilleries. Notably, the award-winning Westland created a single malt that showcases the grains of LINC Malt, a product that is still aging at this point.

If it all sounds a bit cheesy bread and beer geek, that’s understandable. But we’re all in on when it comes to grassroots efforts to enthusiastically support forward-thinking farmers, brewers and bakers.