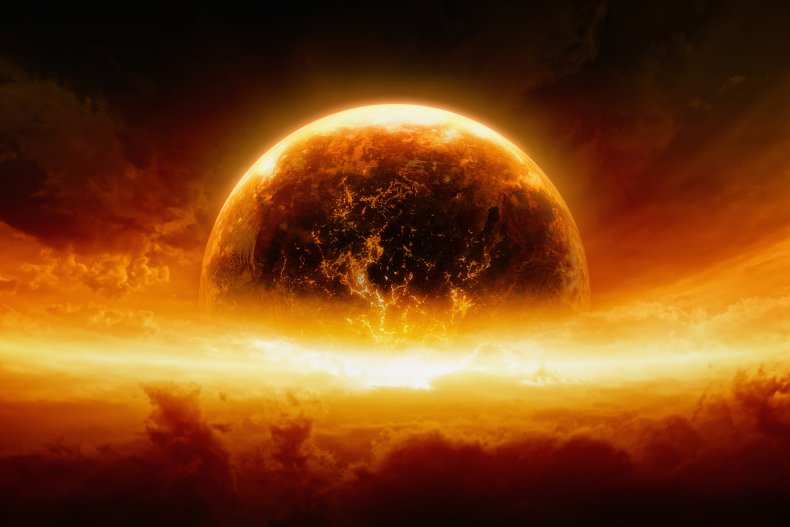 A doomsday conspiracy theory has spread on TikTok, with users claiming that Earth will be hit by a massive solar flare on September 24. Videos about the imagined event have been viewed millions of times.

According to Vice, QAnon supporters and conspiracy theorists were quick to point out the connection between this date and an episode of the Simpsons (episode 9, season 24) in which doomsday preppers discuss the complete collapse of society.

“September 24, 2022 will be remembered by all of us as a day when we will say, ‘I remember exactly where I was,’ said German politician Friedrich Merz in an ominous clip circulating on social media.

No one knows exactly what to expect from 9/24, but the most popular theory is that Earth will be hit by a massive solar flare that will supposedly spell the end of the world.

Solar flares occur when dark areas on the sun’s surface, known as sunspots, cause the sun’s magnetic fields to become entangled. This results in a sudden explosion of light and radiation known as a solar flare.

The amount of energy released by these flares is equivalent to millions of nuclear bombs going off simultaneously, so it’s no wonder people are concerned.

But is there any substance behind the doomsday conspiracy about September 24?

Analysis of current solar activity shows that the probability of a major solar flare on this date is extremely low. As of Friday morning, the National Oceanic and Atmospheric Administration’s Space Weather Prediction Center had issued no warnings for solar storms.

What’s more, according to NASA, even if a major solar flare were to occur, it is unlikely to cause direct harm to humans due to the shielding effect of Earth’s atmosphere. That’s not to say it would go unnoticed; powerful radiation like this can disrupt the high-frequency radio signals used in navigation systems around the world.

As of September 23, there are five active sunspot regions facing Earth. SpaceWeatherLive.com, which records real-time solar activity, says all of these regions have only a 1 percent chance of producing an X-class flare — the largest type of flare produced by the sun. One region, region 3105, has a 15 percent chance of producing an M-class flare, the second largest type.

This type of flare is unlikely to cause significant Earth disruption, although it could disrupt satellite systems and trigger an aurora in the Northern Hemisphere.

According to the official minutes of Merz’s speech, the politician had intended to say February 24 and not September in his speech, referring to the Russian invasion of Ukraine. The doomsday of 9/24 has been officially debunked.