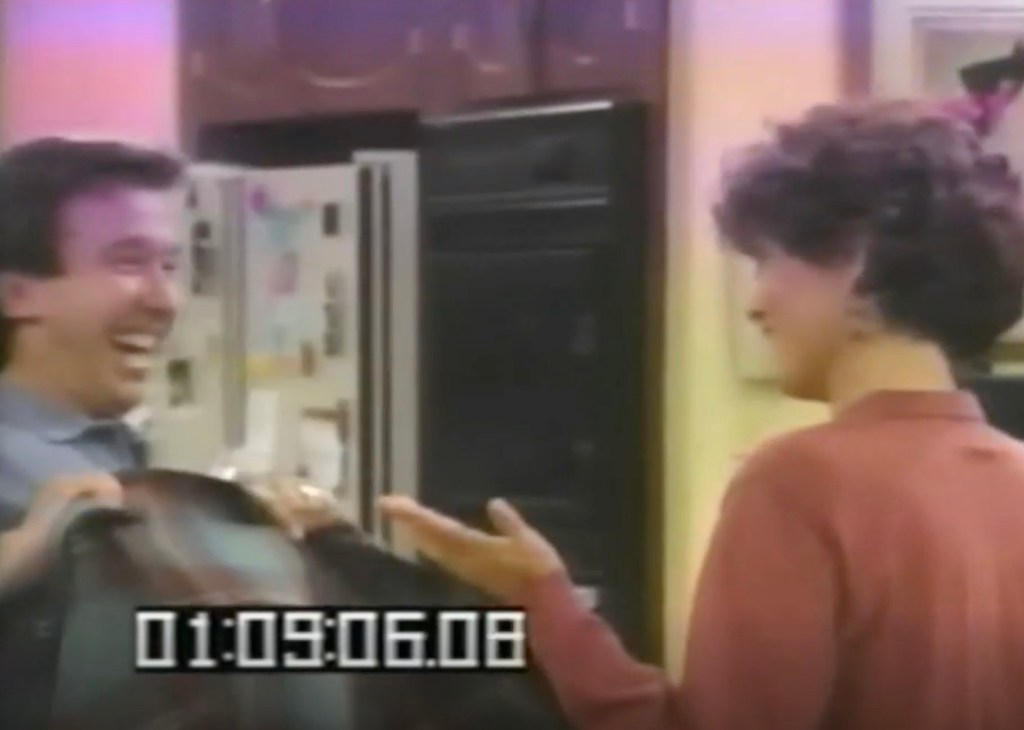 A clip of Tim Allen showing off his costar on the set of ‘Home Improvement’ has surfaced following Pamela Anderson’s accusation that he did the same thing to her.

Anderson, 55, claims in her forthcoming memoir “Love, Pamela” that she had an alarming on-set encounter with star Tim Allen, now 69, in 1991 when she was 23 years old.

“On the first day of shooting I walked out of my dressing room and Tim was standing in the hallway in his dressing gown. He opened his robe and quickly flashed me — totally naked underneath,” she said in her book, according to an excerpt obtained by Variety.

“He said it was only fair because he had seen me naked. Now we’re even. I laughed awkwardly,” she continued.

Allen denied the allegations, saying in a statement: “No, it never happened. I would never do such a thing.”

But now video is going around of flashy star Patricia Richardson, 71, who played his wife, Jill Taylor, on the show.

In the skit, Allen is dressed in a kilt, and Richardson said of the kilt, “Hangs long, I wish it was shorter.”

Allen then lifts the kilt – but the camera doesn’t show what his co-star saw underneath.

“People ask me what was under the kilt when he flashed me, he was well dressed under it, I was just shocked that he lifted the kilt, not by a guy in boxers,” Richardson told TMZ.

This particular incident took place in front of a live studio audience – making the circumstance definitely different from Anderson’s claims, but a flash nonetheless.

Anderson appeared in the first two seasons of “Home Improvement” as the “Tool Time girl” before leaving to do “Baywatch”.