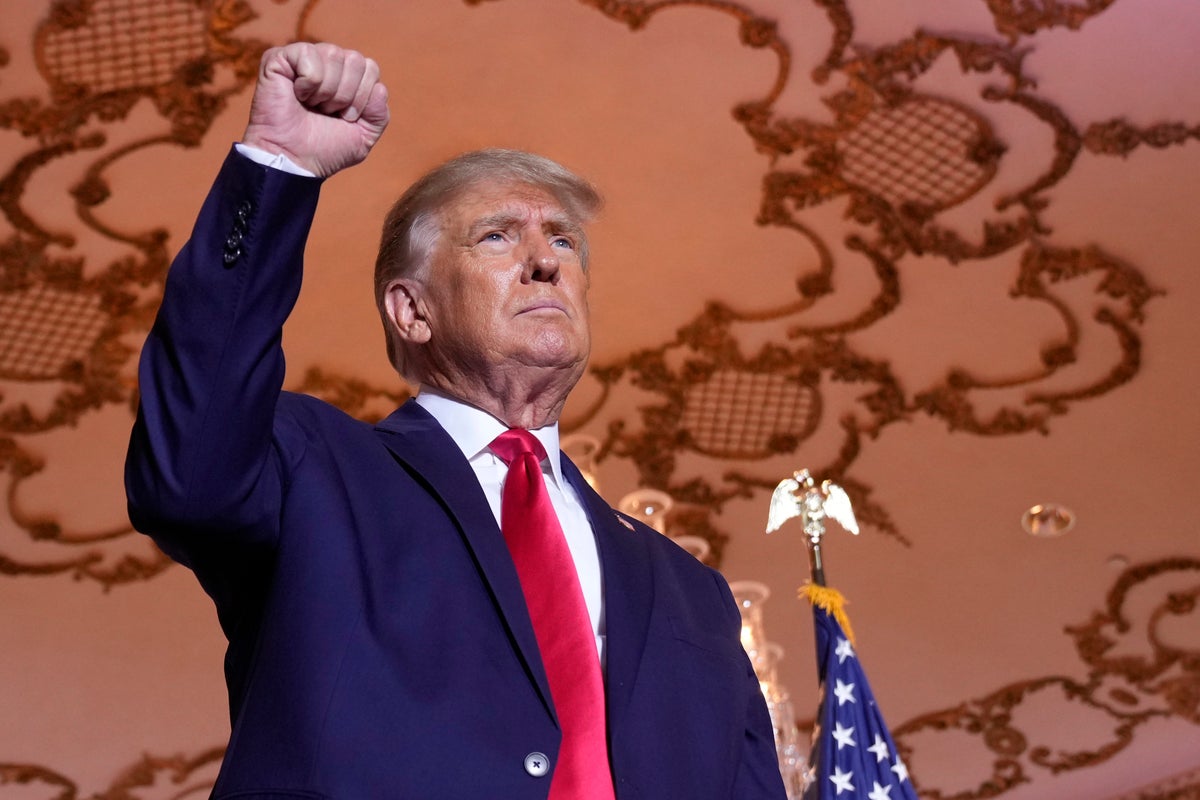 Former President Donald Trump launched a Thanksgiving diatribe on social media, lashing out at one of the prosecutors investigating allegations of misconduct, including tax fraud.

“The Manhattan DA case should never have been brought,” the 45th president posted to Truth Social on Thursday, adding that it was a “total witch hunt.”

Mr Trump said: “The District Attorney’s ‘Star’ witness, who has been harassed and assaulted, and is incredibly frightened, has nevertheless fully corroborated our story and defense.”

“This case should be dropped immediately, and the large, well-paid, and ‘prestigious’ accounting firm that we relied on to do their jobs, but didn’t, should pay us a fortune in damages,” Trump added, while addressing the Mazars attacked. Group, which used to handle the accounting for its organization.

In another message, Trump said, “Give me liberty or give me death.”

The former president’s real estate firm began mounting a defense in his criminal trial earlier this week on charges including tax fraud, after prosecutors dropped his case.

The Trump Organization — which operates real estate, hotels and golf courses — is accused of hiding executive pay from the IRS for more than 15 years and falsely reporting bonuses as non-employee compensation.

The company, if convicted, could be fined up to $1.6 million on three counts of tax fraud and six other charges.

Minutes later, Mr. Trump returned to Truth Social to complain about the judges and judges saying it was “almost impossible to get a fair decision on a case when you’re a Republican.”

The former president claimed he “did nothing wrong on January 6,” and called the attack on the Capitol peaceful and patriotic.

He lamented that the investigation into his actions was a “rigged scam”. “The Justice Department and the FBI are CORRUPTED…” he said.

Meanwhile, Trump faces a second lawsuit from author E Jean Carroll, who accuses him of raping her in a New York department store in the 1990s.

A secret and a plea: The Rhode Island legislature shares her 40-year quest for justice

A secret and a plea: The Rhode Island legislature shares her...