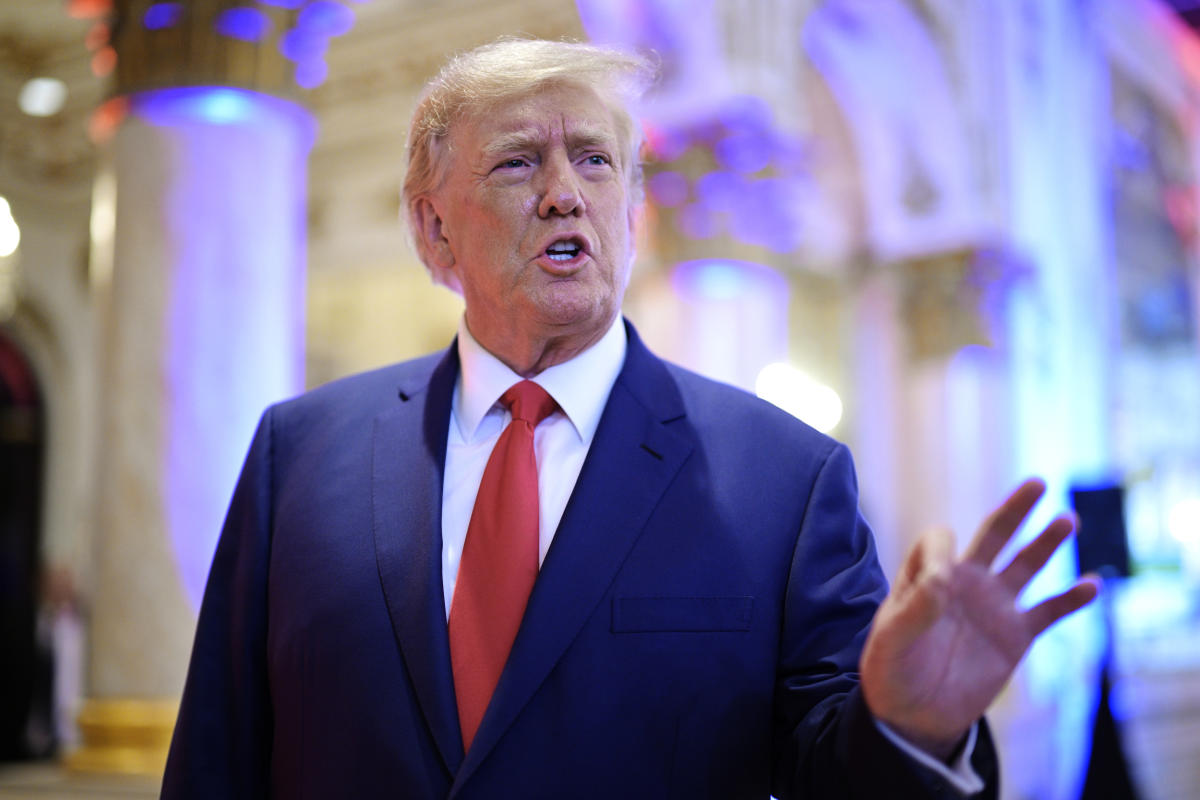 Former President Donald Trump hosted the conservative influencers behind “Libs of Tik Tok” and Babylon Bee at his Mar-a-Lago Florida estate as part of a new charm offensive by the Republican presidential nominee, according to a source with knowledge of the strategy.

In addition to being the creator of the controversial “Libs of TikTok” Twitter account, Trump also hosted Seth Dillon, who owns the conservative political satire website Babylon Bee, according to the source. Dillon was not immediately available for comment.

This was one of the first of many wine-and-dinner events Trump has planned with social media influencers, the source said.

Trump, who announced last year that he is running for president again, has been slow to start holding public rallies or events ahead of his re-election campaign. On Saturdays, he heads to New Hampshire and South Carolina for events.

The creator of “Libs of TikTok,” which has become hugely popular among far-right figures, tweeted a photo on Tuesday with Trump, who said she had invited her to dinner.

“I ran into this man and he invited me to dinner. He seems nice!” Chaya Raichik, owner of the “Libs of TikTok” account, wrote in a tweet with a photo of her and Trump giving a thumbs up while sitting at a dining table.

Raichik is seen as influential in the political circle of Florida Governor Ron DeSantis, who is seen as a potential Trump primary opponent.

In a separate tweet, Raichick said she asked Trump “if his first tweet can retweet this,” with a crying laughing emoji. The former president was absent from Twitter following his suspension following the January 6 attack on the Capitol. Twitter owner Elon Musk reinstated Trump’s account in November, but he hasn’t posted anything on the social media platform yet. However, Trump has been seeking input on his Twitter return for weeks, and his campaign advisers have also been fleshing out ideas for his first tweet, NBC News reported.

It is unclear why Trump met with Raichik. NBC News reached out to Trump for comment.

Raichik started “Libs of TikTok” months after Trump’s suspension from Twitter, the Post reported. Posts on the account, which largely consist of mocking TikTok videos and social media posts from people who identify as part of the LGBTQ community, have been widely shared by right-wing media figures, politicians and influencers. Its influence among right-wingers comes amid a recent spate of anti-LGBTQ legislation across the country.

In now-deleted tweets under a former Twitter account, Raichik allegedly expressed her support for Trump, according to the Post. Raichik spoke of traveling to Washington, D.C. to support Trump at the Stop the Steal rally on January 6, 2021, amid the then president’s refusal to admit his loss in the 2020 presidential election. Raichik also reportedly tweeted videos and her account of the events during the attack on the Capitol.