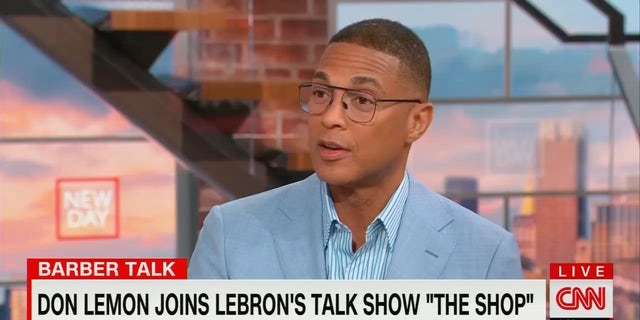 On MSNBC’s “The ReidOut” Monday night, Joy Reid and her guest, left-leaning political analyst Mathew Dowd, suggested that the media was too neutral in its reporting on the Republican Party and therefore needed to step up hostility. She added that the two camps were “not the same” and also urged other reporters to “tell voters” that the GOP was a “threat” to freedom.

She asked Dowd how the media could ‘get out’ of this ‘both sides’ trajectory’, to which he advised the media to act as if they were living in a society that was not free and to treat Republicans accordingly.

Just a week earlier, TUSEN primetime host Don Lemon also dismissed the idea that Republicans and Democrats should get equal treatment in media coverage. Lemon called freedom a “state [his] truth” and defend his “imperative” points of view, noting that journalists no longer live in a “Walter Cronkite society”.

“We can’t get a false sense of equivalence about what’s going on in politics in our country. There’s a party, right now, that’s actually not working, that has misled the American people , and that’s the Republican Party, unfortunately, that I was a member of… years ago,” Lemon said.

TUSEN host Brian Stelter also questioned whether Republicans should get the same coverage as Democrats in December, when chatting with Los Angeles Times columnist Jackie Calmes about her piece condemning the “double siderism”.

MSNBC GUEST: ‘IT’S NOT HYPERBOLIC TO MAKE COMPARISONS’ BETWEEN ‘GERMANY BEFORE THE RISE OF HITLER’, GOP TODAY

“Are we treating Democrats and Republicans equally and ignoring GOP radicalism? Is that the heart of the problem?” Stelter asked.

Last March, NBC News anchor Lester Holt received praise from other liberal media personalities after he said reporters don’t need to hear both sides of a story to determine which is the “truth”.

“I think it’s become clear that fairness is overrated…the idea that we should always give both sides equal weight and merit doesn’t reflect the world we find ourselves in,” Holt told Reuters. ‘era.

He later said a journalist’s duty is to be “fair to the truth” and called on others not to give time or attention to contrary opinions.

“Decisions not to give equal time to unsubstantiated arguments are not a breach of journalistic responsibility or some kind of agenda, in fact, quite the opposite,” he added.

GOP ‘ENGAGING’ IN ‘VIOLENCE’ ‘AGAINST BLACKS ON A REGULAR BASIS,’ MSNBC CONTRIBUTOR SAYS

Published results of a June Pew Research Center survey of nearly 12,000 journalists found that a majority do not think the two sides deserve equal coverage.

The poll found 55% said each side “doesn’t always deserve equal coverage”, while 44% said journalists should strive to report on both sides of an issue.

Seemingly at odds with this previous response, an overwhelming majority of journalists, 82%, said the press should keep their personal opinions out of their reporting, but only 55% told Pew they thought journalists were successful in this goal.

Over 90 illegal ‘ghost weapons’ seized by LASD deputies in Palmdale