Over 30 dealerships are planned in all major cities of Iraq with after-sales service and spare parts support. 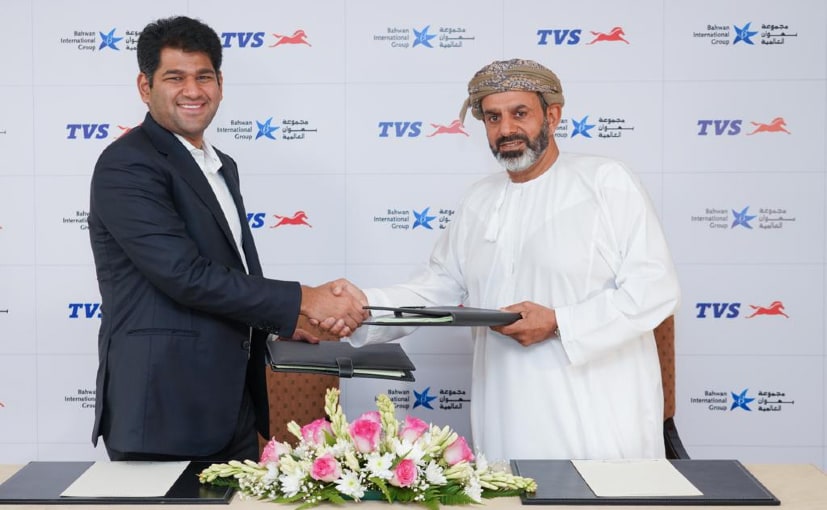 ARATA International FZC, registered in the United Arab Emirates, is a subsidiary of Bahwan International Group (BIG) – Oman, with a strong presence in the Middle East and North Africa (MENA) region. TVS Motor ranks among the world’s top five two-wheeler companies with a presence in more than 70 countries in Africa, Southeast Asia, the Indian subcontinent, Latin America and the Middle East. TVS Motor Company is India’s second-largest exporter of two-wheelers.

Speaking on the occasion, Sudarshan Venu, Deputy Managing Director of TVS Motor Company, said: “We are delighted to partner with a group known as ‘BIG’, to strengthen our presence in the MENA region. ARATA International FZC, part of Bahwan International Group LLC (BIG), has a wealth of experience, deep understanding and broad industry knowledge. Iraq is an important market for us, and ARATA International FZC’s extensive distribution network, together with our common ethics and values, make it the ideal strategic partner. This association with them is an important step towards expanding and strengthening TVS Motor Company’s market presence in Iraq. “

Read also: TVS signs a memorandum of understanding with Tata Power for an electric charging station

Bahwan International Group (ARATA International FZC) and its channel partners plan to operate more than 30 dealerships for TVS Motor Company. Concessions will include state-of-the-art 3S concession facilities in all major cities of Iraq with after-sales service and spare parts support in tier two cities to expand TVS’s presence in Iraq.

Kia Christens, the next three-row KY SUV under the name “Carens”, releases the first teaser