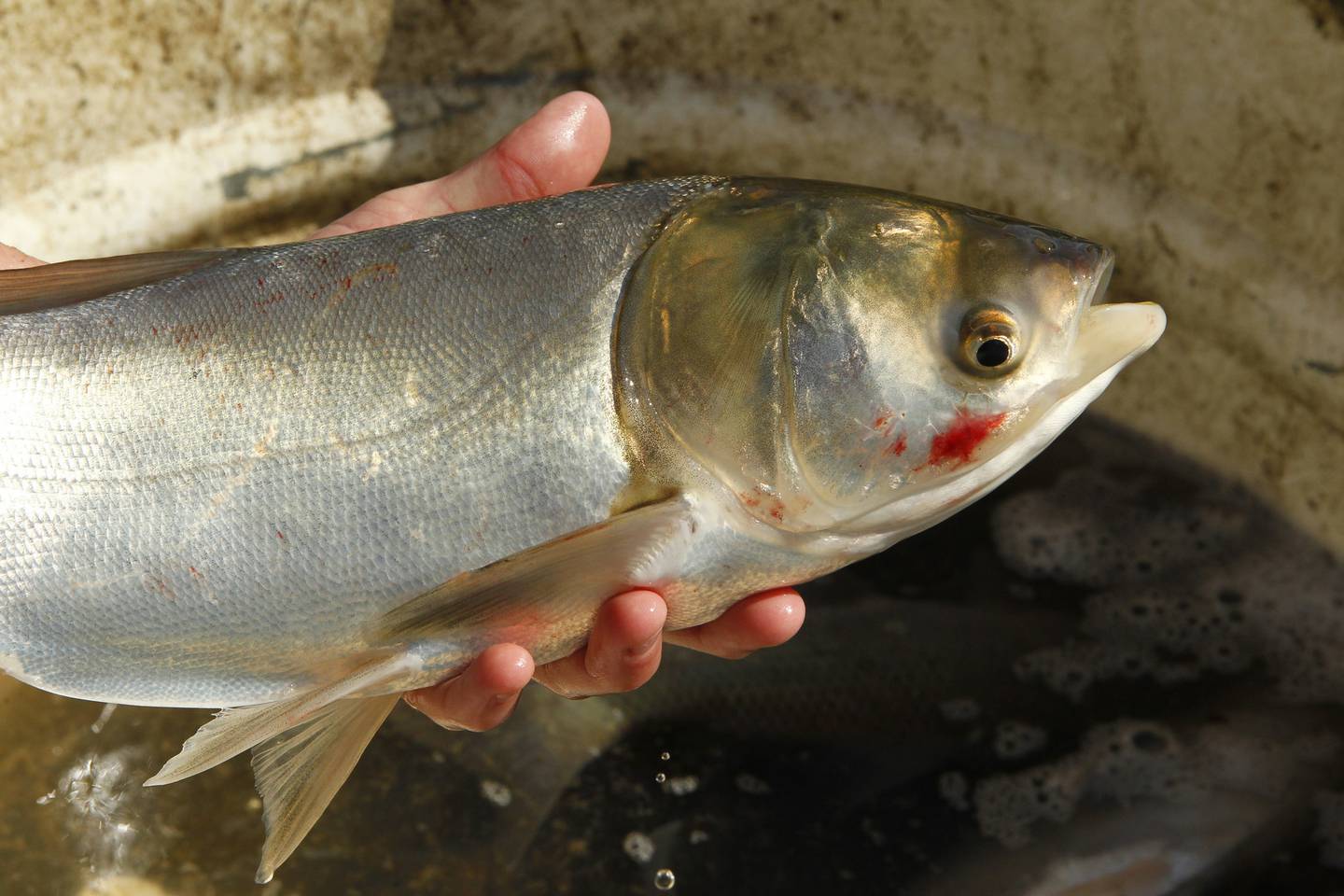 Officials pulled an invasive silver carp from the waters of Lake Calumet on the city’s Far South Side on Thursday.

Fishermen began looking for it after someone spotted the invasive species, part of the Asian carp family, in Lake Calumet earlier this week, the Illinois Department of Natural Resources said in a statement.

The silver carp — more than 38 inches long and weighing about 22 pounds — was caught by gillnets and electro fishermen with the division and with the U.S. Army Corps of Engineers, the division said.

Invasive carp threaten native fish populations in lakes and rivers because they outnumber them for food and space, eat uncontrollably, and reproduce quickly.

The catch has sparked an effort in the area to find out if there are other invasive carp in Lake Calumet, which is about 11 miles from Lake Michigan, the department said.

The department’s biologists will extract the fish’s ear bone (called otolith), which is a calcium structure, and analyze the chemical relationships within it to determine where the fish has lived over the course of its life, said Jayette Bolinski, spokesman for the Illinois Ministry of Natural Resources,

The department’s response includes informing the public, conducting the analysis and surveying the lake.

“We’re going to have people out all weekend, all weekend exploring that more to see if there are any more of these carp,” Bolinski said.

It marks the third time a bighead, also an invasive fish, or silver carp has been caught over the Romeoville area electrical dispersal barriers intended to deter invasive fish from entering Lake Michigan.

In January, the Army Corps of Engineers released a civilian work plan that included $226 million for the Bandon Road Lock and Dam project intended to prevent carp from swimming to Lake Michigan.

Zhou opens up abuse ahead of F1 debut: “It hurt quite...