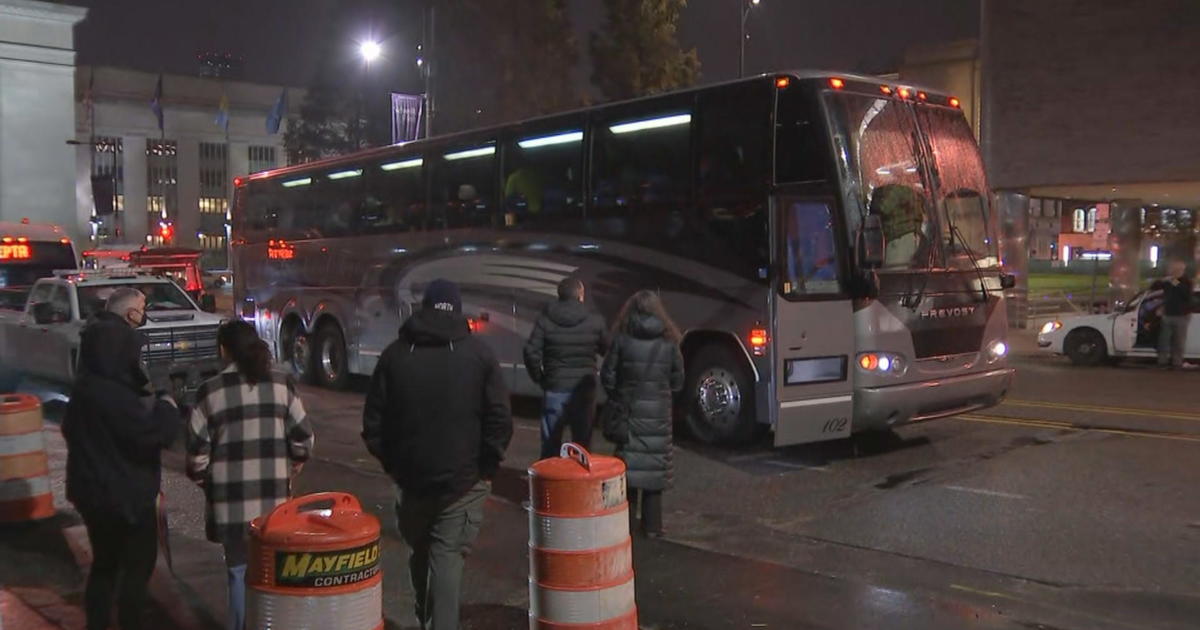 PHILADELPHIA (TUSEN) — Two buses of migrants arrived in Philadelphia from Texas on Friday third since Governor Greg Abbott announced he would send buses into the city.

At around 6 a.m., a bus pulled up at 30th Street Station and the people on board were greeted by officials from the city’s Office of Emergency Management. Another bus arrived later on Friday.

Monday morning, a bus with about 50 people arrived at 30th Street Station from Texas. The city described it as the second bus sent from Texas.

Migrants aboard the bus came from Colombia, Cuba, Panama, Nicaragua, Ecuador and the Dominican Republic. They were fully screened by Customs and Border Patrol before arriving in the city.

The city has a North Philadelphia Hospitality Facility that provides health screenings, shelter, food and water, and other services.

A group of 15 non-profit organizations work with the city to provide services.

Maria Navas immigrated from Venezuela six years ago and she said these migrants are looking for a second chance at life.

“Some people come just to feed their kids so they can have clothes,” Navas said. “These are low-income people in my country.”

Coastal cities such as Philadelphia and New York have been criticized before of politicians in red border states on immigration policy. Florida Gov. Ron DeSantis flew migrants to Martha’s Vineyard unexpectedly earlier this year, prompting local officials to act by setting up emergency shelters.

See also  Tesla is recalling 321,000 US cars over taillight problems

Democratic officials have called the migrant buses a political stunt that dehumanizes asylum seekers. Republicans involved in the effort have said liberal-leaning cities should do their part to help people who have recently entered the country.

The CBS3 Staff is a group of experienced journalists who bring you the content on CBSPhiladelphia.com.