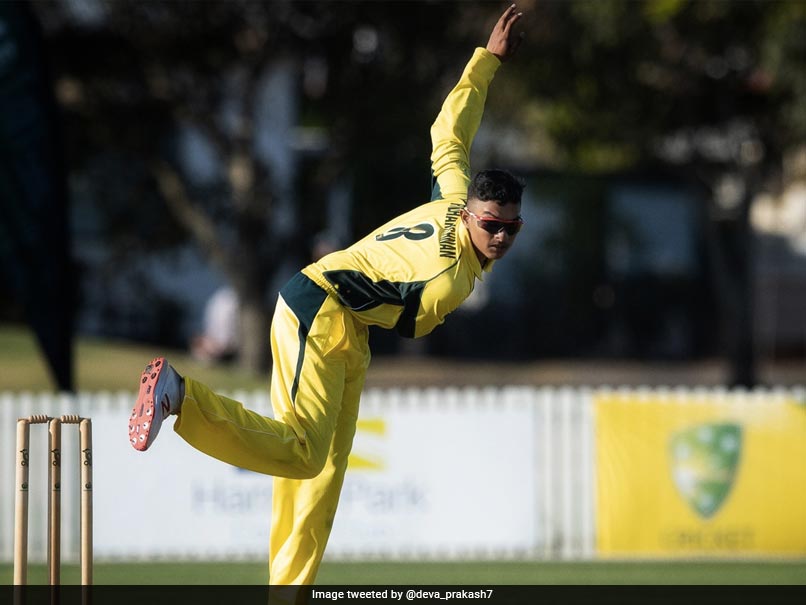 The 14th edition of the U-19 Cricket World Cup kicked off in the Caribbean on Friday. As Australia beat hosts West Indies in the tournament opener, Sri Lanka got the better of Scotland in the other Group D match. However, in Australia’s victory On the Windies, the versatile Nivethan Radhakrishnan grabbed all the limelight with his performance and unique bowling style. The 19-year-old is among the privileged few, who are ambidextrous – can kick or bowl left or right. Few of us know that Radhakrishnan was born in Chennai, India before his family moved to Australia when he was just 10 years old.

Although Radhakrishnan grew up in Sydney, he landed his first professional contract with Tasmania.

Recently, Radhakrishnan gave an interview to the International Cricket Council (ICC), where he talked about his “ambidextrous bowling issues”.

“I think I should be able to play both hands without telling the umpire. A batsman changes shots, a batsman reverses. And if I could run, he doesn’t know what I’m about to play because the odds don’t know where he’s about to hit. It’s only justice,” he told the ICC.

In particular, if a bowler wants to change his arm of pins in the same course, he must inform the referee.

On Friday, Radhakrishnan took three wickets before playing an important cameo of 31 for his side.

Australia will now face Sri Lanka in their next U-19 World Cup game on Monday, January 17.