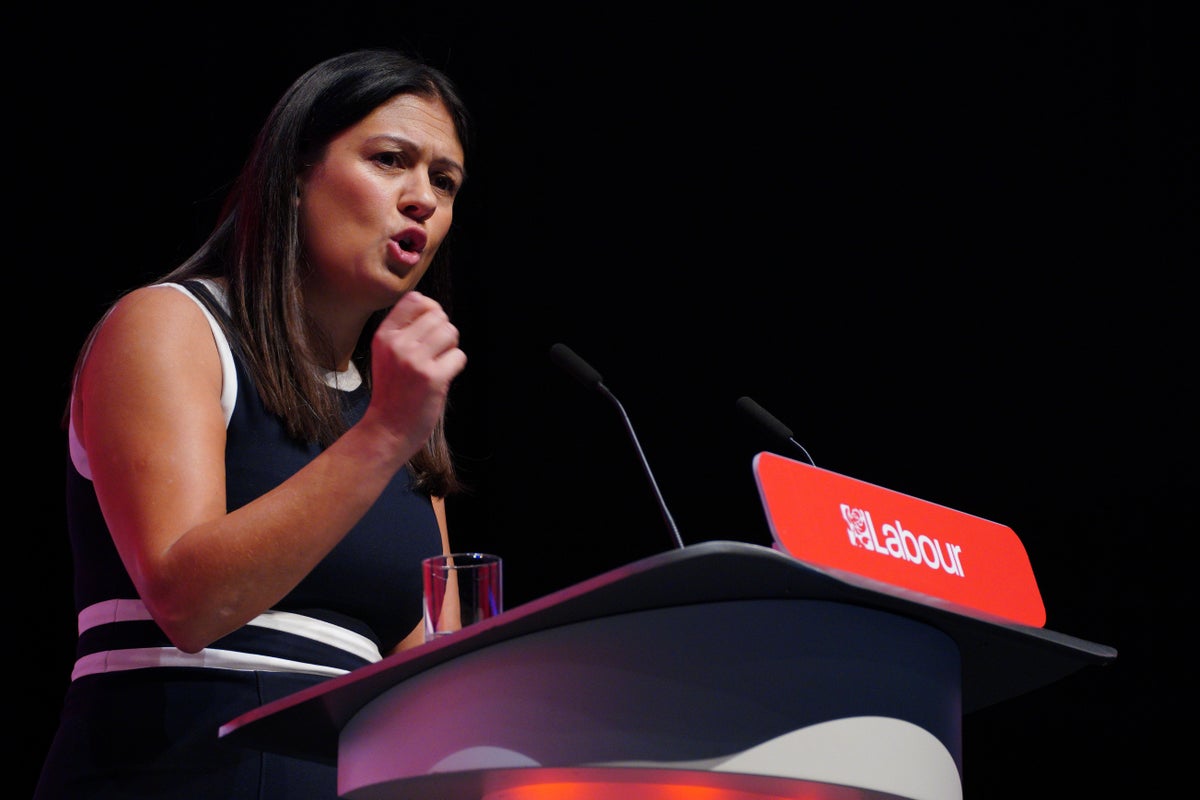 The way the country is run “must change” or Britain’s future could be in jeopardy, the shadow leveling secretary is expected to say.

In a speech at the Convention of the North on Wednesday, Lisa Nandy will outline Labour’s proposal to unleash the “power of all people in all parts of Britain” by transferring Westminster controls to local communities.

She will accuse the Conservatives of “writing off” areas that once fueled the UK economy and of failing to deliver on the 2019 Manifesto’s pledge to create opportunities beyond London and the South East of England.

Ms Nandy is expected to say in Manchester: “Ambition has long been written off and written out of our national narrative all over the cities, towns and cities that were once the engines of Britain.

“For 15 years, since the global crash, the failure of running an economy like this is plain to see.

“But every time the public has sounded the alarm and tsunami after tsunami of discontent hit our politicians, our creaking political system has done nothing.

“This is the collective task facing our generation of political leaders: Heed that siren call or they will be overtaken. Change or die.”

The shadow cabinet member will urge local leaders to tell Labor what powers they need to boost growth in their areas as part of what opposition leader Sir Keir Starmer has dubbed his Take Back Control Act.

Ms Nandy said the legislation, described as the centerpiece of the first King’s Speech under a new Labor government, would aim to “empower our communities to take control of their own economic futures”.

The Wigan MP will tell the conference that if her party were to win the next general election, her party would honor its commitment to transfer powers across a wide range of policy areas including housing, energy, childcare, buses, trains, skills, training and employment.

Party officials said Ms Nandy will describe the current local government funding model as “absurd” and “undemocratic”, with the system replaced by a “significant expansion of economic decentralization in England” during a Starmer premiership.

Ms Nandy vows to “end a century of centralisation” and will promise to “bake” that promise “in our first two terms of government”.

Ms Nandy will say: “Unleashing the power of all people in all parts of Britain is no longer a ‘nice to have’, a local or regional issue – it is at the heart of whether this country has a future or not.”

Labor is currently the frontrunner to lead the next UK government, with Sir Keir’s party about 20 points ahead of Rishi Sunak’s Conservatives in most polls with elections less than two years away.

Leveling-Up Secretary Michael Gove will also be speaking at the same event on Wednesday.

A spokeswoman for the Department for Leveling Up, Housing and Communities said: “We have overseen the largest transfer of power from Whitehall to local leaders across England in modern times.

“This includes agreeing six landmark devolution agreements, such as with the North East and York and North Yorkshire, unlocking more than £4.5bn in new investment for seven million people.

“More than 50% of England is now under a devolution agreement, which means they have a greater say in the local issues that affect them, such as housing and skills.”