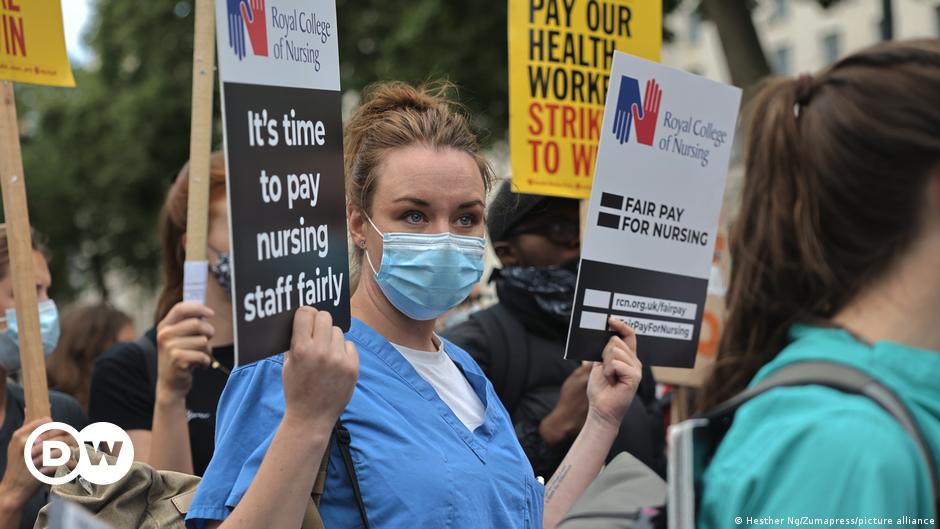 In their biggest strike ever, thousands of British nurses will go on strike on December 15 and 20, along with a host of other UK workers who are taking industrial action over wages.

Staff in the UK – including England, Wales and Northern Ireland, but excluding Scotland – will leave after the Royal College of Nursing (RCN) union said the government had refused to meet demands for salary increases of 5% above inflation.

See also  Interview Andrea Spendolini-Sirieix: 'I was ready to retire at the beginning of the year'

“Nursing staff is tired of being taken for granted, tired of low pay and unsafe staffing, enough of not being able to give our patients the care they deserve,” RCN Secretary General Pat Cullen said Friday.

Cullen said the government had rejected formal negotiations in the two weeks since the union first announced that nurses would go on strike.

“The ministers have had more than two weeks since we confirmed that our members felt such an injustice that they would go on strike for the first time,” said the RCN head.

“They have the power and resources to stop this by opening serious conversations about our dispute.”

The strikes – unprecedented in the 106-year history of Britain’s nurses’ union – are the first of potentially several strikes by National Health Service (NHS) nurses.

The union action will put further pressure on Prime Minister Rishi Sunak as the UK faces a looming economic recession and a cost-of-living crisis, with inflation reaching a 41-year high of 11.1% last month.

Rising costs in the UK are driving more people into poverty

Is England vs South Africa on TV today? Kick-off time and how to watch

Grand Designs star Kevin McCloud, 63, has tied the knot with...