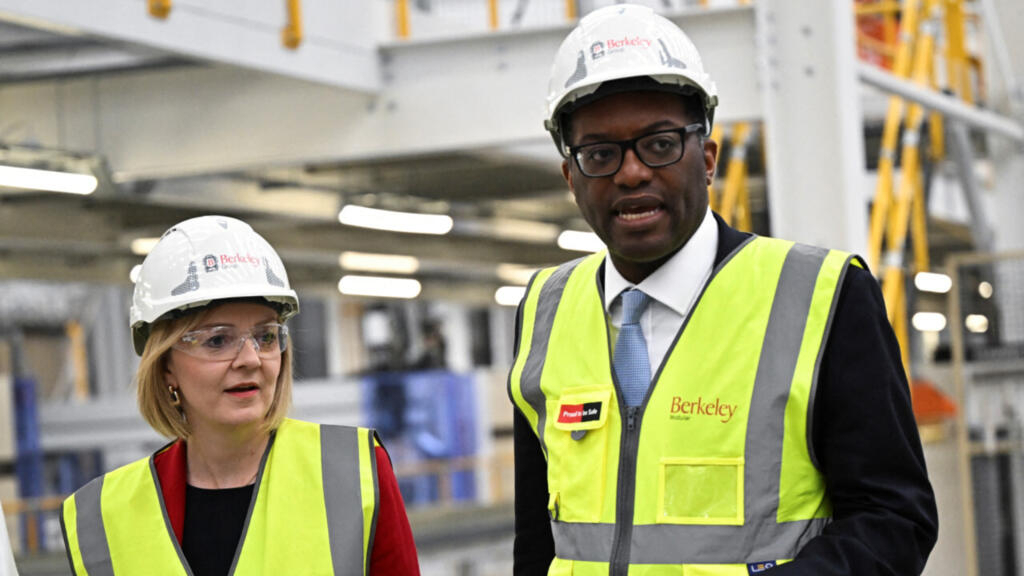 Britain’s new government on Friday unveiled a multi-billion pound package to support households and businesses hit by the highest inflation rate in decades, cutting taxes as the country heads into recession.

The expensive plan is designed to boost economic growth, but the pound plunged to its lowest level against the dollar since 1985, as traders worried about its impact on public finances.

“The Prime Minister has acted with great speed to announce one of the most important interventions the British state has ever made,” Kwarteng told parliament in a so-called mini-budget.

“People need to know that help is coming.”

In a controversial move as millions of Britons face a cost of living crisis, Kwarteng abolished an EU-inherited cap on bank bonuses after Brexit to bolster the financial services sector.

He came up with a plan to lower the lowest income tax rate and lower the highest from 45 to 40 percent.

See also  'Like a pilgrimage': Crowds greet King Charles after emotional tribute to his mother

He had announced on Thursday that he would scrap a tax on salaries, which would reverse a 1.25 percentage point increase in National Insurance introduced by predecessor Rishi Sunak.

It comes as economists warned that Britain was likely already in a recession, with rising fuel and food prices taking their toll.

Opposition politicians criticized the budget for rewarding the rich.

“The Chancellor has made it clear who his priorities are today – not a plan for growth, but a plan to reward the already rich,” said Rachel Reeves, finance spokeswoman for the main opposition Labor party.

In an ominous sign, the pound plunged to $1.0897 – its lowest level since 1985 – and the London stock market plunged more than two percent as fears of a recession mounted.

“Sterling is in the firing line. There is a creeping feeling that the additional government loans in the pipeline will weigh heavily on the UK economy,” said IG analyst David Madden.

Kwarteng announced his plan a day after the Bank of England suggested the country was slipping into recession when it raised interest rates again to tame scalding inflation.

With prices soaring, Britain announced a six-month plan on Wednesday to pay about half of businesses’ energy bills.

Truss had already launched a two-year freeze on household energy prices. However, the limits will not come into effect until the British again have to deal with a large increase in gas and electricity bills from October.

The average household’s annual energy bill is capped at £2,500 until 2024, but many are expected to spend more to keep homes warm in winter.

Wholesale electricity and gas prices for businesses – as well as for charities, hospitals and schools – will also be curtailed.

Still, British energy companies, including BP and Shell, will not make it to the limit, as their profits after the Russian war in Ukraine pushed oil and gas prices up.

Labor has demanded that the government extend the windfall tax for the energy sector launched by Sunak earlier this year.

But Truss ruled it out, arguing that additional taxes are hampering economic recovery and energy groups’ efforts to move to greener businesses.

She took office on September 6, two days before Queen Elizabeth II’s death, after winning an election of Conservative party members on a tax-cutting platform.

Kwarteng confirmed plans to shake up the social security system on Friday.

Some 120,000 people who work part-time would receive benefits if they did not take new steps to look for more work.

The cost of living crisis has sparked some of the largest strike action in more than 30 years, involving sectors from the rail industry to postal services and even lawyers.

Kwarteng told MPs that the government would make laws “to ensure that the strike can only be stopped once the negotiations have really broken down”.