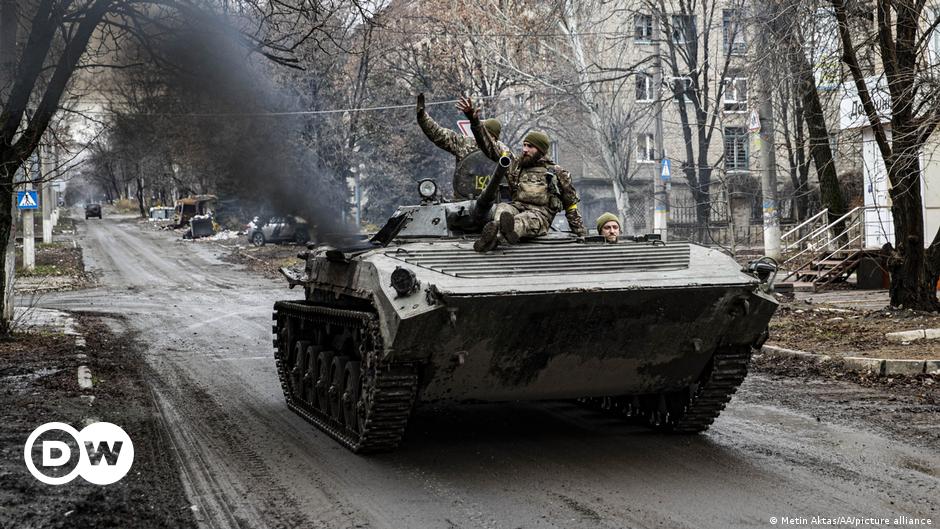 Ukrenergo, which oversees Ukraine’s national power grid, said only half of Ukraine’s power needs were being met.

In the capital Kiev, half of households were still without power on Friday. However, a third of the city’s households were heated again, Mayor Vitali Klitschko said on Telegram. The water supply in Kiev was also fully restored.

In the rest of the country, the picture looked bleaker, with 15 regions facing water supply problems, President Volodymyr Zelenskyy said in an overnight address on Thursday.

“Together we have endured nine months of full-blown war and Russia has not found a way to break us and will not find one,” he said.

The World Health Organization has warned that the attacks on infrastructure could have “life-threatening” consequences and estimated millions could be displaced as a result.

Russia now openly admits that it is targeting Ukraine’s utilities.

However, Russian Defense Ministry spokesman Igor Konashenkov claimed that they were related to Ukraine’s military command and control system and that the aim was to disrupt the flows of Ukrainian troops, weapons and ammunition to the front lines.

Ukraine’s energy grid is about to collapse

Here are the other major headlines from the war in Ukraine on Thursday, November 25:

NATO will not abandon its support for Ukraine and will also step up non-lethal aid for the country, Secretary General Jens Stoltenberg said.

“NATO will support Ukraine as long as it takes. We will not back down,” he said

Stoltenberg briefed reporters in Brussels ahead of a meeting of the alliance’s foreign ministers in Bucharest next week.

He said there would be no lasting peace in Ukraine if Russia won the war.

Ukrainian President Volodymyr Zelenskyy called on Europeans to remain united in the fight against Russia.

“There is no split, there is no schism among Europeans and we must keep this. This is our mission number one this year,”

Zelenskyy told delegates at a conference in Lithuania via video link.

He urged Europe to limit the price of Russian oil amid differing views in the EU over plans to limit prices.

“The price reductions are very important. We hear about it [proposals to set the cap per barrel at] $60 or $70. Such words sound more like a concession [to Russia],” Zelenskyy said.

Inspectors from the International Atomic Energy Agency (IAEA) will be deployed at all nuclear power plants in Ukraine. That said Rafael Mariano Grossi, Director General of the IAEA.

They will likely focus on technical systems and contingency plans in the facilities.

This is because fears are growing over accidents during frequent Russian attacks on the country’s energy infrastructure.

Nuclear power plants of Zaporizhzhia, Rivne, southern Ukraine and Khmelnytskyi were disconnected from the grid and “forced to rely on emergency diesel generators for the electricity they needed to ensure their continued safety and security,” Grossi said.

Inspectors were already at the factory in Zaporizhzhia, which is in an area under Russian control.

“We believe we need it. The parameters are clear and there has been a discussion with IAEA head Rafael Grossi,” Rosatom chief Alexey Likhachev told Russia’s Interfax news agency.

However, he added that Ukraine should not shoot at or attempt to recapture the zone.

“In return, this is clear, Russia will not station offensive weapons or troops, but only means of physical protection and surveillance of the plant,” Likhachev said.

He said the UK would make sure Ukraine gets the practical help it needs over the winter.

Cleverly’s visit comes just days after new Prime Minister Rishi Sunak made his first visit to Kiev, vowing to continue the strong support for Ukraine that Britain provided under its predecessors.

More coverage of the war in Ukraine

TUSEN’s Ihor Burdyga hails from Kherson, which was under Russian occupation for months. Read here his description of life in his liberated hometown.

Polish Defense Minister Mariusz Blaszczak said on Thursday that he had asked the German government to instead supply US Patriot missiles for Poland to Ukraine. But Berlin insisted that the missiles be deployed only within NATO.

Germany’s Minister of State for Europe Anna Lührmann told TUSEN that Russia’s continued airstrikes against Ukrainian cities and infrastructure amounted to “state terrorism”. Lührmann visited the country on Wednesday as part of a delegation of seven high-ranking European ministers.

War in Ukraine: Is Russia a Terrorist State?

After almost bankruptcy: Axpo with more sales and 600 million profit

Who sniffed it? The White Lotus final theories, from sex tapes to terrible Daphne

After almost bankruptcy: Axpo with more sales and 600 million profit