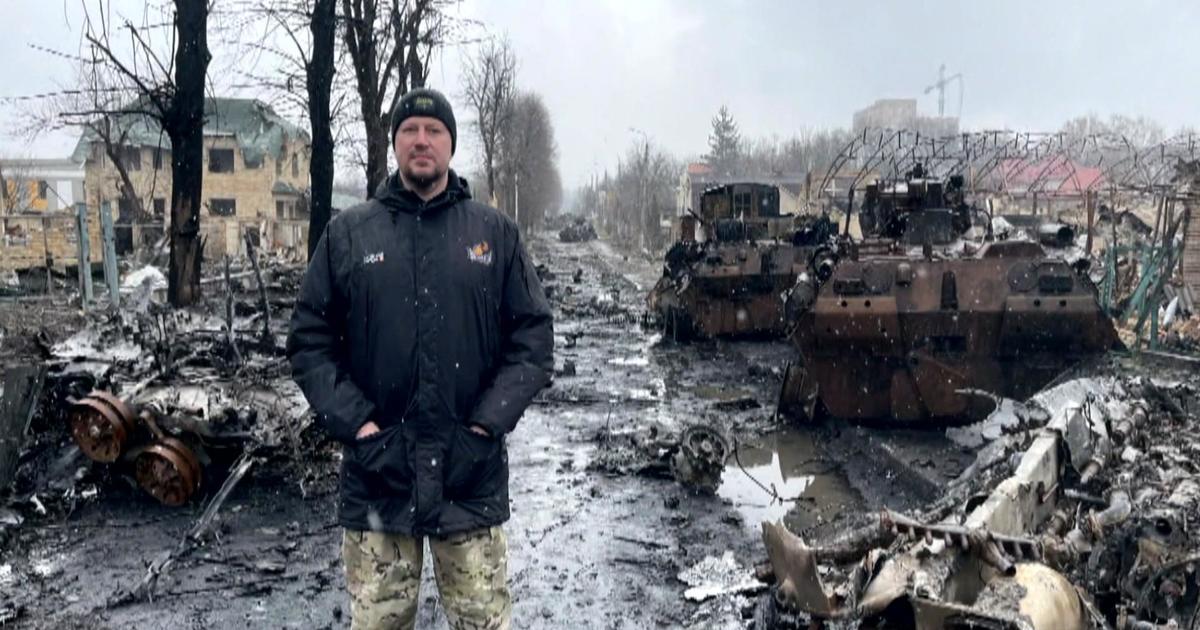 Kyiv — Slava Medvedenko is a former basketball star who helped earn two NBA championships during his time with the Los Angeles Lakers. But when Russia invaded his homeland, like so many other Ukrainians, he picked up a weapon.

Medvedenko witnessed the impact of the Russian war on the youth of Ukraine sold his prized championship rings and used the proceeds to provide children with advice and sports opportunities.

Of his millions of fans, none is more important to the Ukrainian baller than the people back home in Kiev who, like him, now live in a war zone.

For a blissful moment, for the kids who received new basketballs from the LA Lakers, the war was interrupted and they got to play the game they love.

“They kind of forget there’s a war,” the NBA star said as he watched them on the field, calling it a kind of “therapy” for the kids.

But suddenly the war came in. When Russian troops hit Ukraine’s power grid with a barrage of missile strikes this week, the lights went out over the court.

Undeterred by the attack on their country’s basic services, the children quickly turned on their mobile phone lights and continued with the practice session.

It’s all painfully familiar to Medvedenko, which is why he chose to put down his basketball and pick up an assault rifle to join the fight against the invasion.

“I’ve decided to stay in Kiev,” he told TUSEN News. “Anything I can do to defend my city.”

He said he saw the streets of his hometown littered with bullet-holed cars, some with the bodies of slain civilians still in them. He said one car had large letters scribbled on it clearly stating that it had children.

“But the Russians are still shooting, shooting at their cars,” he said. “That was scary.”

It was that moment, Medvedenko said, when he fully understood what really matters in life: people, not possessions. Not even his prized NBA championship rings.

He said the decision came quickly: “I have to sell my rings and help my country.”

So he put them up for auction online, hoping that together they would fetch six figures. But each of them, individually, made more than a quarter of a million dollars – a record for NBA championship rings.

Medvedenko told TUSEN News that made him very happy: “We can spend more money on the kids and help more kids!”

Through the charity he co-founded with a Ukrainian sports journalist, the Fly High Foundation, Medvedenko has helped repair shattered windows and basketball courts at schools destroyed by Russian artillery, and send children to basketball camps.

We asked him what he liked more: winning championships alongside Kobe Bryant and Shaquille O’Neal, or helping the kids in Kiev.

“It’s two different worlds,” he said, describing his early years in the NBA as a dream come true. “Now I’m more mature and I think differently. I think it’s more important to help my country.”

Now Medvedenko has a new dream: “To get Ukrainians free, healthy and independent.”

Chris Livesay is a foreign correspondent for TUSEN News in Rome.