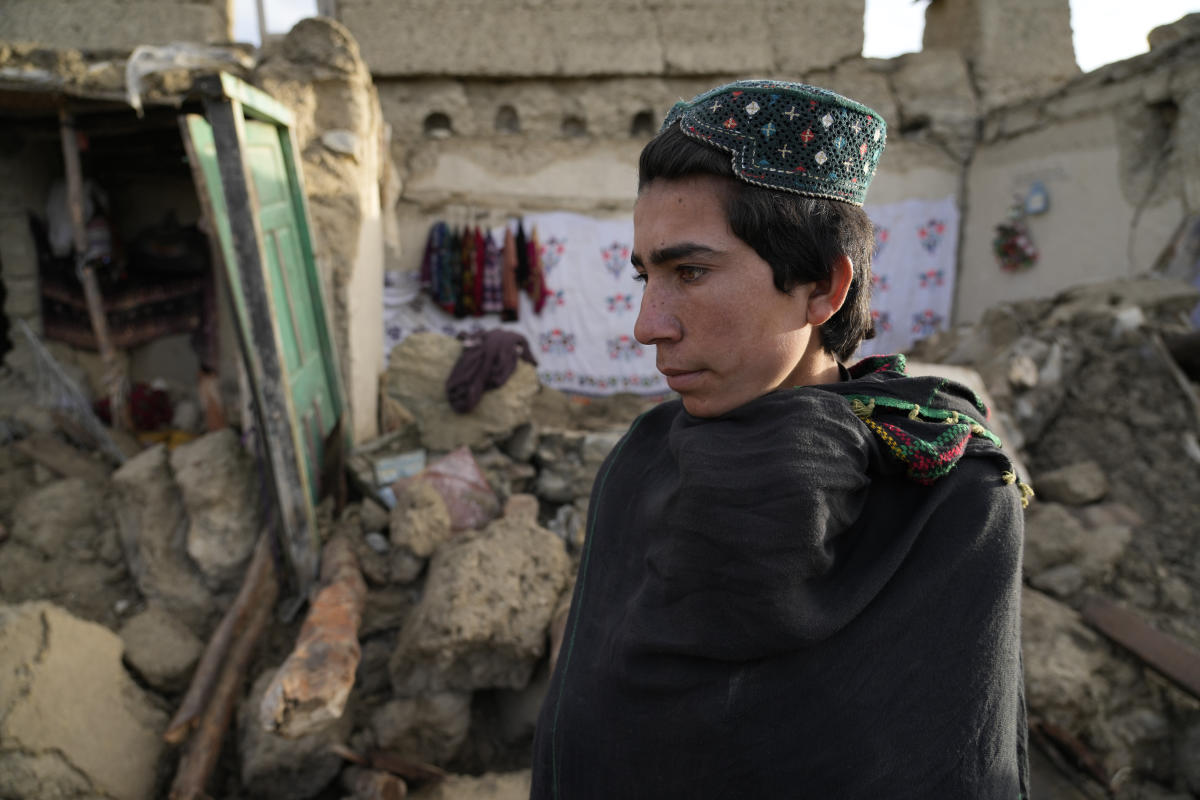 UNITED NATIONS (TUSEN) – This week’s devastating earthquake in Afghanistan is yet another emergency for the country, which is also facing its worst drought in 30 years and massive poverty. Afghanistan also has the highest number of people in the world facing the risk of starvation and human rights abuses by the country’s new Taliban leadership are on the rise, senior UN officials said Thursday.

The bleak picture of the hardships and perils facing Afghanistan’s 38 million people was presented by UN humanitarian chief Martin Griffiths and the UN deputy special representative for Afghanistan, Ramiz Alakbarov.

They were speaking at a meeting of the Security Council on the situation in Afghanistan, a meeting scheduled before Wednesday’s powerful earthquake in the east which Afghan state media said killed 1,000 people. UN estimates gave a lower death toll, indicating that around 770 people had been killed in Paktika and Khost provinces.

Hundreds more were injured and officials warned the death toll could rise as Afghans continued to dig through the rubble in an attempt to recover more bodies on Thursday.

Griffiths said in a video conference that “dramatic changes in the political and economic landscape of Afghanistan” since the Taliban seized power last August when US and NATO forces were in the final stages of their chaotic withdrawal from Afghanistan after 20 years of war suffering for the people of the country.

“Afghanistan’s worst drought in nearly 30 years has affected three-quarters of its provinces, meaning crop production is expected to be below average for this crop,” he said.

Griffiths said 25 million people – more than half the population – live in poverty, more than double the number in 2011, including 6.6 million at “emergency” level. “This is the highest number of any country in the world threatened by famine conditions,” he said.

Alakbarov, currently a senior official in Afghanistan who plans to visit quake-affected areas on Friday, said during a video briefing from Kabul that the quake “was another tragic reminder of the myriad dangers facing the Afghan people.” .

He said the security environment “is becoming increasingly unpredictable” with the emergence of armed groups opposing the Taliban – “largely due to political exclusion” – resulting in clashes, particularly in the provinces of Panjshir and Baghlan. “Armed opposition attacks on de facto authorities doubled in May compared to April,” he said.

Alakbarov also highlighted the “precarious” human rights situation, including “credible allegations of killings, ill-treatment and other violations targeting people associated with the former Afghan government” and by the Taliban against people accused of being affiliated with the opposition and also the main rivals of the Taliban, the Islamic State group.

He also cited the Taliban’s increasing restrictions on women and girls and the rights to freedom of peaceful assembly and freedom of opinion and expression, as well as the current economic crisis. Afghanistan’s economy has shrunk by about 30 to 40 percent since the Taliban takeover, he said.

“Unemployment is likely to hit 40% this year – up from 13% in 2021 – and some projections indicate that poverty rates could climb to 97% by the end of 2022,” Alakbarov said. “Even more alarmingly, 82% of households are now in debt, while the deterioration of the economy offers little chance of getting out of debt.

Traveling across the country, he said, Afghan families are grateful for the humanitarian aid, but they want jobs, an opportunity to look to the future and security, which also means freedom. movement for both women and men.

Griffiths called the humanitarian response in the country “complex and difficult”, saying the formal banking system continues to block financial transfers, with around 80% of aid organizations facing delays in transferring funds.

A second “hurdle”, he said, is that the Taliban across the country are increasingly seeking “a role in selecting beneficiaries and channeling aid to people on their own lists of priorities”. Aid organizations are struggling to hire women, he added, and “there are more cases of interference today than in previous months”.

The UN also faces “a 66% funding gap – a staggering funding gap of almost $3 billion for the last six months of 2022,” Griffiths said, noting that “early funding and action will be essential to avoid a disaster this winter”.