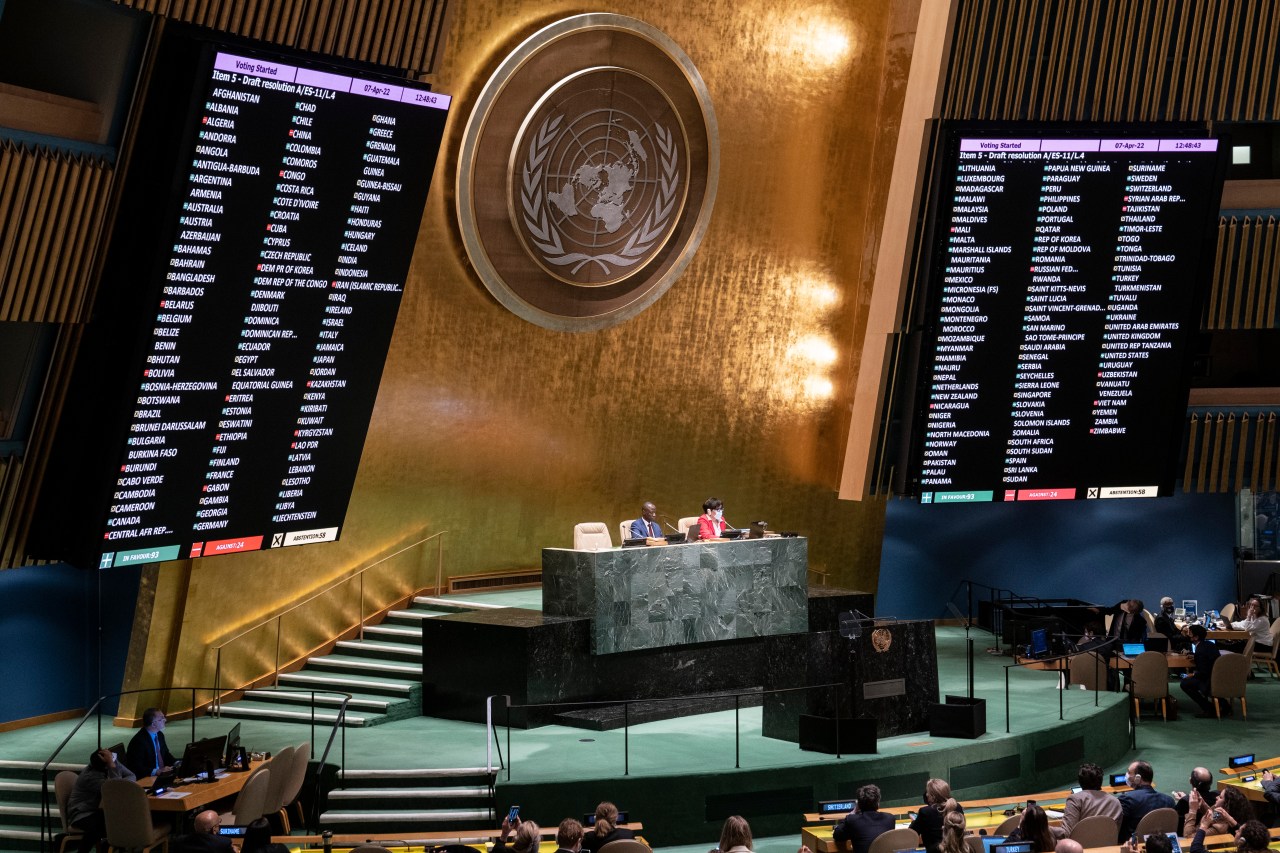 The United Nations Human Rights Council on Thursday voted to create a new fact-finding mission to investigate alleged human rights violations in Iran amid weeks of protests and Tehran’s brutal crackdown on the unrest.

The UN Council had convened a special session to discuss the “deteriorating human rights situation” in Iran, where citizens have been protesting against the government on a large scale since 22-year-old Masha Amini was reportedly beaten to death by Iranian “morals police” after being detained for violating Iran’s strict dress code.

The new UN mission will investigate alleged human rights violations in Iran surrounding the Iranian government’s harsh response to the protests, which began in September.

US Ambassador to the Human Rights Council, Michele Taylor, flouted UN rules by showing photos of dead Iranian protesters during her speech at the special sessioncalling for inquiries into the dead.

“The names next to me and the photos behind me represent just a few of the lives – lives full of potential – taken simply to stand up for basic human rights. They are the reason we are here today,” said Taylor.

“This historic movement was sparked by the inexcusable, unjustified death in custody of Mahsa Amini and faced brutal killings by security forces of hundreds of Iranians. Countless others have been victims of sexual assault,” Taylor said.

“The people of Iran demand something so simple, something most of us here take for granted: the ability to speak and be heard,” the ambassador added.

“It is unconscionable that those women are now being charged with the death penalty in Iran just for exercising their freedom of expression,” the ambassador said.

The president of the Human Rights Council, Federico Villegas of Argentina, reiterated the rules about showing photos before passing the microphone during the session in Geneva.

“Let me remember the rules of this council to avoid presenting images or other manifestations as we speak. Thanks,” Villegas said.

The Biden administration has responded to the repression in Iran with sanctions and convictions against those responsible.

“The Iranian government must end the systematic persecution of women and allow peaceful protest. The United States will continue to express our support for human rights in Iran and hold to account those who violate them,” Secretary of State Antony Blinken said in a statement shortly after Amini’s death.

President Biden said last month that the Iranian government “has denied its people fundamental freedoms and suppressed the aspirations of successive generations through intimidation, coercion and violence.”