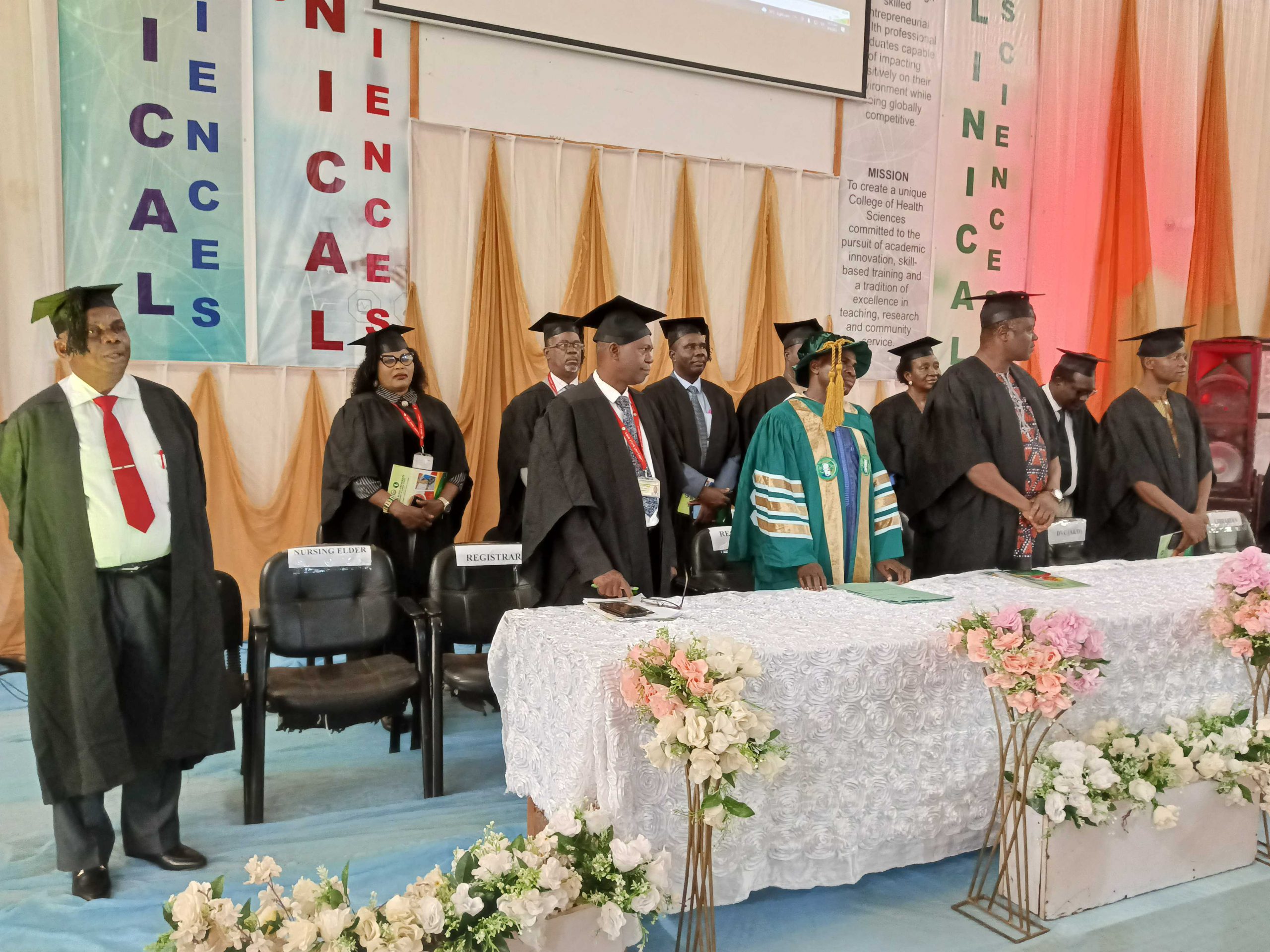 Osun State University, Osogbo has inducted 40 nurses graduated from the Department of Nursing Science with the task of developing, initiating, implementing and evaluating such strategies for health promotion for necessary results.

This is as Osun State University Vice Chancellor Professor Odunayo Adebooye has asked the federal government to build the spirit of patriotism in the nation by creating an environment where the people can work to end on the wave of travel from Nigerians to other countries for greener pastures.

This will prevent health workers from traveling to other countries after being trained in Nigeria, he said.

The vice chancellor made the claim while speaking to journalists at the 3rd induction/swearing-in ceremony for the nursing graduate students.

Speaking further, Prof Adebooye said that the federal government needs to replicate the conditions that exist in other countries in Nigeria to get people into work.

“We train them (health workers) with a huge amount of money and immediately after the training other countries grab them to serve their healthcare sector. So we’re on the loser’s point.

“We have to create that condition here, how do you explain, for example, that the same salary that has been handed in to the university since 2009 is the same salary that they will collect in 2022, that is not acceptable. So in order for these nurses to return to serve our healthcare system, you should try to create an environment where they can live in conditions that make happy, good salaries and good facilities in the hospital so that we let them use the knowledge they have learned in college and a little practice.

See also  Trump being investigated over national security concerns under the Espionage Act?

“From looking for opportunities outside the country, I think they have a right to do that, but you see, to prevent them from traveling, we have to build the spirit of patriotism in the nation. All we have to do is mimic the conditions that exist in our society there,” he emphasized.

Food and fiber exports are rising, adding $1.1 billion to the original forecast.