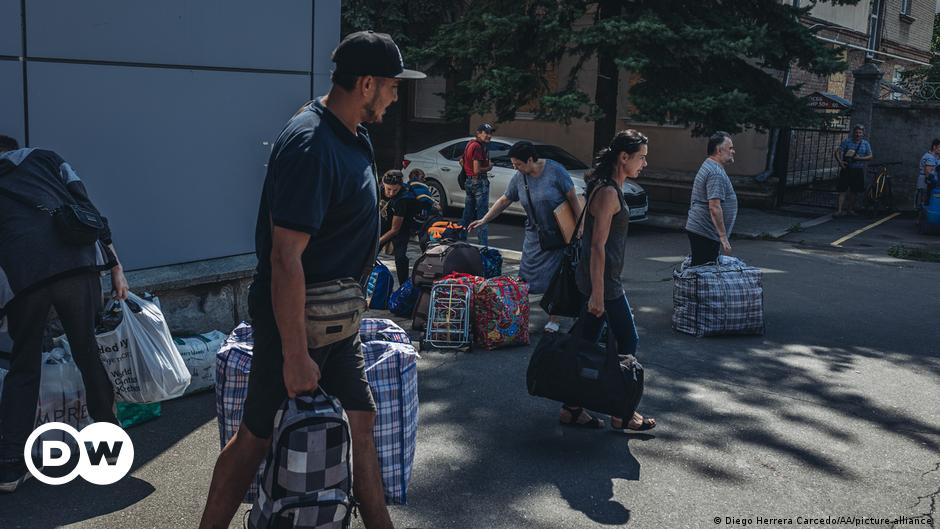 Oksana Pokalchuk, the director of Amnesty International’s Ukrainian office, left the organization after allegations made against the Ukrainian military in a report by Amnesty.

The rights group accused the Ukrainian military of endangering civilians by using residential areas as bases for military operations in several cities after the February 24 Russian invasion.

Kiev has responded to the report by comparing the report to Russian propaganda. President Volodymyr Zelenskyy said Amnesty International is blaming the victim and assisting in Russia’s unprovoked attack on his country.

On Friday, Pokalchuk wrote on Facebook that local Amnesty officials have consistently noted that their organization should consider information from Ukraine’s Defense Ministry before issuing similar reports.

“As a result, the organization has, unknowingly, created material that sounded like support for Russian stories. In an effort to protect civilians, this study became a tool of Russian propaganda,” Pokalchuk said.

“It pains me to admit it, but we disagreed with Amnesty International’s leadership on values,” she added.

“That is why I have decided to leave the organization.”

Here are the other major headlines about the war in Ukraine on August 6.

Ukraine’s general staff said in its morning report on the situation that Russia is continuing its offensive in Donetsk and that heavy fighting has broken out in Bakhmut. The city of Bakhmut is the hub of the defense of Ukraine in the eastern Donbas region.

“The Russian occupiers continue to carry out air and missile strikes against military and civilian objects on the territory of Ukraine,” military officials said.

Ukrainian troops in the Donbas region are headquartered around Slovyansk and Kramatorsk, in an area where half a million people lived before the war. The Donbas consists of the Luhansk and Donetsk regions and is currently approximately 60% occupied by Russian or Russian-backed troops.

To the east, the Ukrainian defense line is secured along the towns of Siversk, Soledar and Bakhmut, but that line is now under attack as Russian forces are on the outskirts of Siversk and Soledar. The Bakhmut interchange has seen the heaviest fighting with shelling and artillery shelling in the area.

There is also fighting on the outskirts of Donetsk, where the Russians hope to push back the Ukrainian positions. Ukraine’s general staff said it had repulsed several Russian attacks on the small town of Avdiivka.

British intelligence expects the war to move into a new phase with the heaviest fighting in the southwest from near Zaporizhia to Kherson along a front line parallel to the Dnieper River.

Russian forces gather in the south in anticipation of a possible Ukraine attempt to retake Kherson. The UK reports that Russian equipment and equipment are moving from the Donbass region to the Russian-occupied cities of Berdiansk, Mariupol and Melitopol, as well as Crimea.

More about the war in Ukraine

Russian President Vladimir Putin and Turkish President Recep Tayyip Erdogan met for four hours on Friday in Sochi, with Ukraine on the agenda.

In Germany, the Commissioner for Anti-Roma Discrimination urged more aid for Roma in Ukraine.

TUSEN also takes a closer look at how the tourism industry in Odessa, a popular resort town with both Ukrainians and foreigners, is staying afloat during the conflict.