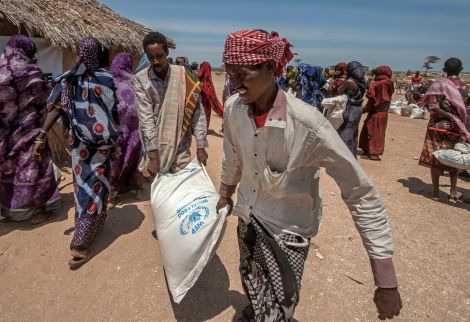 In a statement dated Sept. 23, the WFP noted that the US government’s donation was made through the United States Agency for International Development (USAID) to help alleviate drought and help families facing conflict.

The largest single donor contribution to the WFP’s operation in Kenya will also be spent helping refugees in the country.

“We are extremely grateful for this record contribution from the US government to support thousands of people affected by severe drought and those who have been displaced from their homes by conflict,” said Lauren Landis, WFP’s Country Director in Kenya.

The WFP explained that the money will be used to provide food and cash assistance to 535,000 people in distress and help eradicate malnutrition.

The funds will also be used for the rehabilitation of irrigation infrastructure and livelihood diversification programs such as beekeeping.

See also  Focus - War in Ukraine: Kramatorsk residents face the dilemma of whether to leave

“There is still no end in sight to this drought crisis, and we call on all donors to ensure predictable and sustainable funding this year and well into 2023 to save lives and prevent more people from falling into deeper levels of hunger.” Landis added. .

The donation comes just days after President William Ruto called on world leaders to work together to tackle climate change.

Ruto described the millions of working people in developing countries as an untapped resource that could fuel growth and contribute to a more inclusive world order.

“We cannot afford to waste another moment debating the merits of doing something rather than doing nothing,” he said.

“3.1 million people are dealing with severe drought. It is no longer a country-to-country challenge, it becomes a multilateral one,” Ruto added. 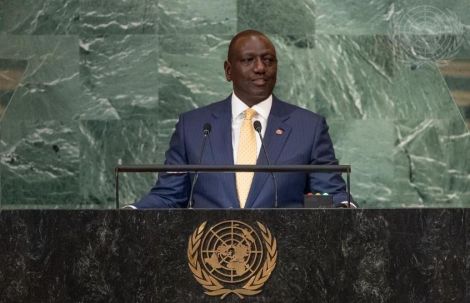 President William Ruto delivers his speech at the 77th session of the UN General Assembly in New York, USA on September 21, 2022.

Justin Bieber wears a tie-dye hoodie as he enjoys a fall...