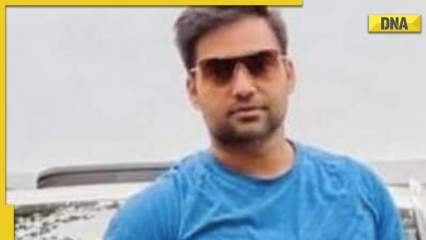 Resort owner and son of Bhartiya Janta Party (BJP) leader Pulkit Arya has been arrested for the alleged murder of a 19-year-old woman in Uttarakhand. Pulkit Arya, the son of BJP leader Vinod Arya, was arrested by authorities in Uttarakhand on Friday.

Arya has been arrested for the alleged murder of a 19-year-old girl who used to work at his resort and was reported missing a few days ago. After the girl’s family filed a complaint, alleging that the girl was coerced into the suspect’s shady practices.

Pulkit Arya, the resort’s owner, manager Saurabh Bhaskar and assistant manager Ankit Gupta were arrested after they confessed to killing the missing girl and throwing her body into the Cheela Canal, Pauri, additional superintendent of police, said. Shekhar Chandra Suyal, to PTI.

Why was Pulkit Arya arrested? Know details of the murder case

Pulkit Arya is the son of Vinod Arya, a BJP leader from Haridwar, and former chairman of Uttarakhand Mati Kala Board. Vinod Arya has been given the rank of minister of state but has no position in the government.

On Monday, Arya reported to police that a 19-year-old girl, who worked as a receptionist at his resort, had gone missing. This was an attempt to mislead the authorities, police said after questioning the suspect.

After mounting pressure from social media, the victim’s family and authorities, the police began to investigate the matter more deeply, questioning Arya and the hotel staff. Arya and his associates later confessed to the girl’s murder.

Although police have not yet confirmed such reports, many media outlets and locals have alleged that the girl was forced into prostitution by the BJP leader’s son. A team has been sent to search for the girl’s body in the canal, police said, adding that the case was cracked up within 24 hours of being handed over from tax police to regular police.

The opposition party Congress claimed that the police were slow to respond to the charges against Arya because of his ties to BJP and RSS. Meanwhile, Uttarakhand chief minister Pushkar Singh Dhami promised “the toughest action” regardless of who is involved.

READ | ‘His speech was a comedy show’: Tejashwi Yadav hits back at Amit Shah for calling Nitish Kumar ‘underhanded’