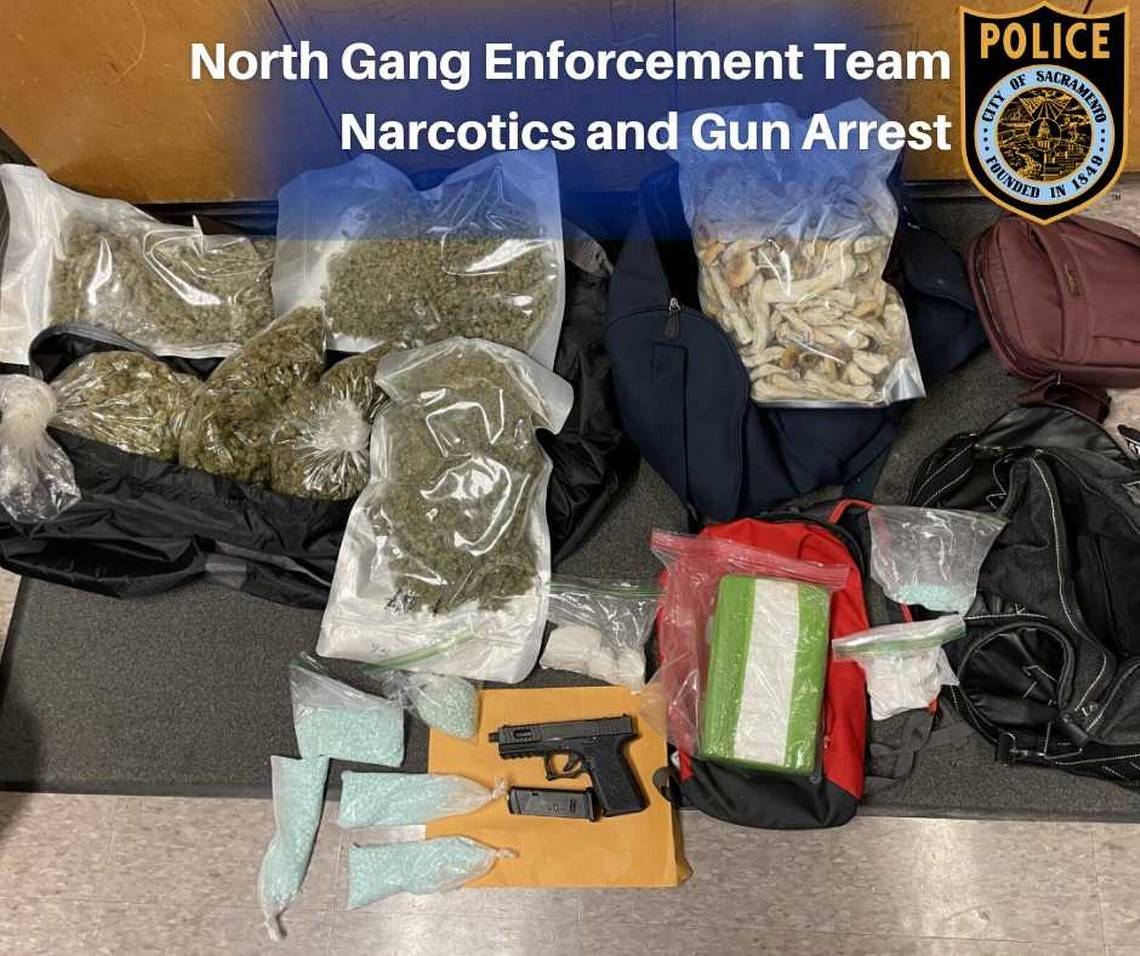 A vehicle stop Tuesday near the Arden Fair mall in Sacramento led gang enforcers to find 14 pounds of marijuana, nearly 3 pounds of cocaine and a loaded ghost gun, police said.

One person was arrested as a result of the traffic stop and officers will continue to conduct a lengthy investigation into that person, the Sacramento Police Department announced in a Facebook post on Wednesday. Police have not released the name of the arrested person.

Officers also found in the vehicle 14 pounds of marijuana, 2.76 pounds of cocaine, more than 1 pound of psilocybin mushrooms, 5,725 “narcotic pills” and evidence that the drugs were intended to be sold, police said. It is not clear what kind of narcotics the pills contain.

“As a department, we remain committed to reducing violent crime through multiple strategies,” police officials wrote in the Facebook post, “including proactive enforcement to stop violent crime before it can occur.”