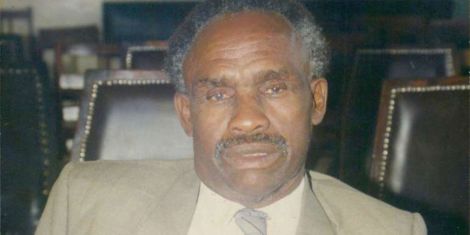 In the clip, the duo, Peris Njoki and Carolyne Wanjiku, urged residents of the province not to choose their relatives, arguing that she is not trustworthy.

Peris, who has been in jail for a while, further pointed out to Kihika her woes, claiming that she was first arrested by the police for her influence.

“My name is Peris Njoki Kihika, the current senator is my stepsister. I am here to ask you not to vote for her because she has been frustrating me since 2013.

“She uprooted my corn and took me to prison in June 2015, where I spent 16 days. However, the case was dropped,” Njoki said.

Wanjiku, on the other hand, argued that the senator, who wants to oust Governor Lee Kinyanjui in the upcoming elections, is frustrating the family and dragging the wealth of Ksh 600 million among its members.

She claimed that every time the extended family makes a decision, the senator uses her influence to derail the effort.

“Susan has frustrated us as a family and so to this day we have never distributed the wealth. She always interferes. We cannot trust her in leadership because she will frustrate your citizens. We as a family support Governor Lee Kinyanjui,” she said. explained.

TUSEN.co.ke Attempts to reach Kihika for comment were met with silence because her cell phone was down.

The family has been embroiled in the property battle for more than a decade following the death of family patriarch and former Nakuru North MP Dickson Kihika Kimani.

In 2019, the case was referred to court hearing the politician’s 41 children, most of whom want a share of their father’s wealth.

Njoki was sentenced to prison after it was alleged that she assaulted her sister Carolyne Wanjiku in 2015.

The Supreme Court in Nakuru overturned her conviction because the magistrate made a mistake in convicting Njoki without watertight evidence.

The judge explained that the prosecution’s evidence pointed to a brawl, rather than an assault, for which she had been convicted.

Below is the video: