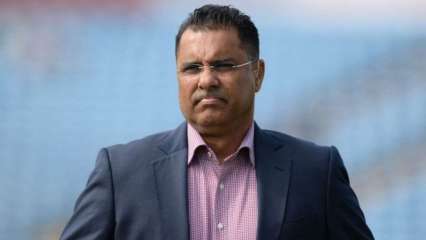 After saying that “Mohammad Rizwan was offering namaz in India-Pakistan 2021 World Cup clash in front of Hindus was special,” former Pakistani coach Waqar Younis apologized on Wednesday 27 October 2021 for his comment.

The former Pakistani coach apologized via his official Twitter account and said it was not intended at all and added that the sport unites people regardless of race, color or religion.

He tweeted: “In the heat of the moment I said something I didn’t want to say that hurt the feelings of many. I apologize, it was not intended at all, a real mistake. “

In the heat of the moment, I said something I didn’t mean and that hurt the feelings of many. I apologize for that, it was not intended at all, a real mistake. Sport unites people regardless of race, color or religion. #excuses

Controversy erupted after Waqar, speaking to a Pakistani news channel, said the way Babar and Rizwan fought, the rotation of strikes, the expression on their faces, was amazing.

He added: “The best thing, what Rizwan did, Mashallah, he offered the Namaz to the ground surrounded by Hindus, it was really something very special for me.”

“Rizwan offered Namaz for #INDvPAK match in the middle of the Hindus was the most satisfying thing Mashallah, even more than his stick “

As for the clash, Pakistani forerunners Mohammad Rizwan and Babar Azam put on a remarkable show as they helped their team beat India by 10 wickets at Dubai International Cricket Stadium.

Rizwan (79 *) and Babar (68 *) left the Indian bowlers no chance as they dominated the proceedings and chased the 152 target without losing a wicket.

Gilmour, Gallagher, Batshuayi … a Premier League XI of players on loan from Chelsea