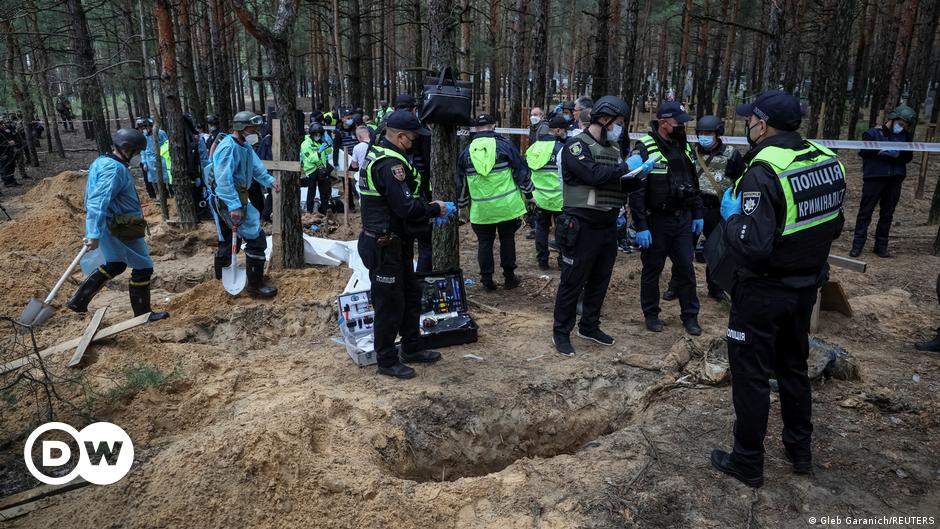 The United Nations said Friday that its investigators have found evidence of war crimes committed by Russian forces in Ukraine.

“On the basis of the evidence collected by the Commission, it has concluded that war crimes have been committed in Ukraine,” the head of the Commission of Inquiry told the UN Human Rights Council.

The commission was established in May to investigate claims of war crimes. They have focused so far on four regions: Kiev, Kharkiv, Sumy and Chernihiv.

“We were struck by the high number of executions in the areas we visited. The commission is currently investigating such deaths in 16 cities and settlements,” said Erik Mose, the commission’s chairman.

How did the investigations go?

The UN investigators spoke to more than 150 victims and witnesses and visited 27 towns and settlements where they also examined graves and detention and torture centers.

The team also investigated two cases of ill-treatment of Russians by Ukrainian soldiers.

“Tomorrow will be seven months since the start of hostilities in Ukraine,” the commission said in a statement. “We are concerned about the suffering caused to the civilian population by the international armed conflict in Ukraine.”

“This is illustrated by the figures regularly updated by the [Office of the Commissioner for Human Rights (OHCHR)] concerning deaths and injuries and by the [UN High Commission for Refugees (UNHCR)] regarding refugees and internally displaced persons,” the statement added. “The recent discovery of even more graves illustrates the gravity of the situation.”

What did the UN commission find in Ukraine?

The commission reported that Russia’s “use of explosive weapons with large-scale effects in populated areas is a source of immense damage and suffering to civilians” and that a number of attacks “were carried out without distinguishing between civilians and combatants”, including using the of “cluster munitions or multi-launch missile systems and air strikes in populated areas.”

The statement cited 16 cities and settlements where executions investigations are ongoing, with “credible allegations” of many more cases.

There were “consistent reports of ill-treatment and torture” from Ukrainian victims, some of whom said they had been transferred to detention centers in Russia, where they had been held for weeks. Some victims have reportedly disappeared.

Commission President Mose also said they had found evidence of an unspecified number of Russian soldiers who had committed crimes of sexual or gender-based violence. The ages of their victims ranged from 4 to 82 years.

“The Commission has documented cases where children have been raped, tortured and wrongfully imprisoned,” the statement said.