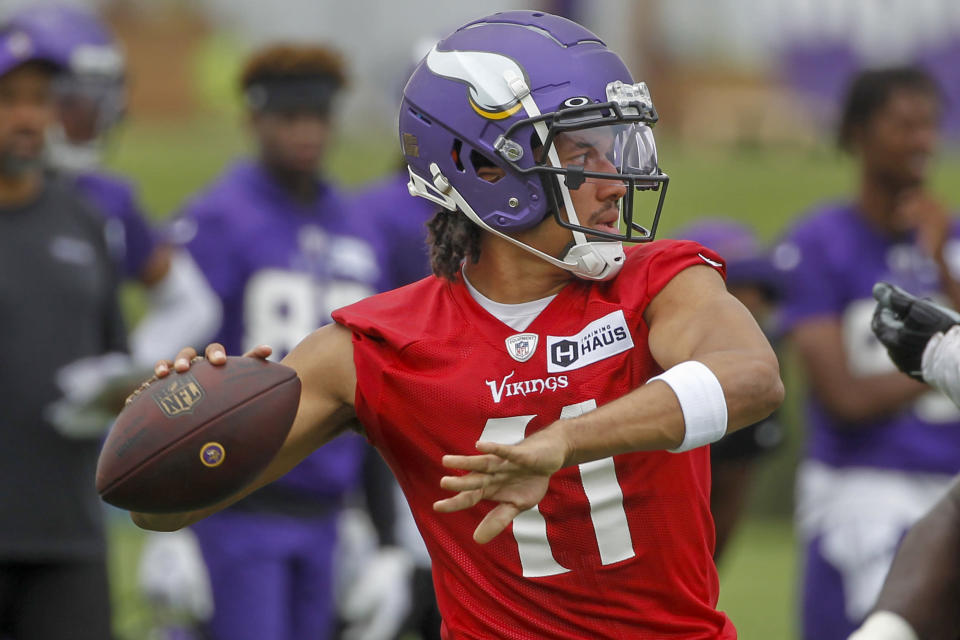 One of the major headlines since early spring practice has been the growth of the 23-year-old quarterback, especially after an uneasy rookie season with a head coach who seemingly had little to no interest in him.

But things will be different in 2022 with Kevin O’Connell as the team’s new head coach. Mond finally has a coach who believes in him and he plays with more confidence on the football field.

Just look at this absolutely ridiculous touchdown throw he made to receiver Albert Wilson in Friday practice as he rolled to the left.

Not many quarterbacks can make a pitch like that. Accuracy and decision making comes through time and repetition.

But one thing is certain: Mond has started much better than last season.

ABOUT US
The Us Express News is your daily dose of Latest News, Entertainment, Music, Fashion, Lifestyle, World, Cricket, Sports, Politics, Tech, Business News Website. We provide you with the Latest Breaking News Straight from the United States & all around the World on different categories.
Contact us: theus[email protected]
FOLLOW US
© The Us Express News All Right Reserved
Go to mobile version