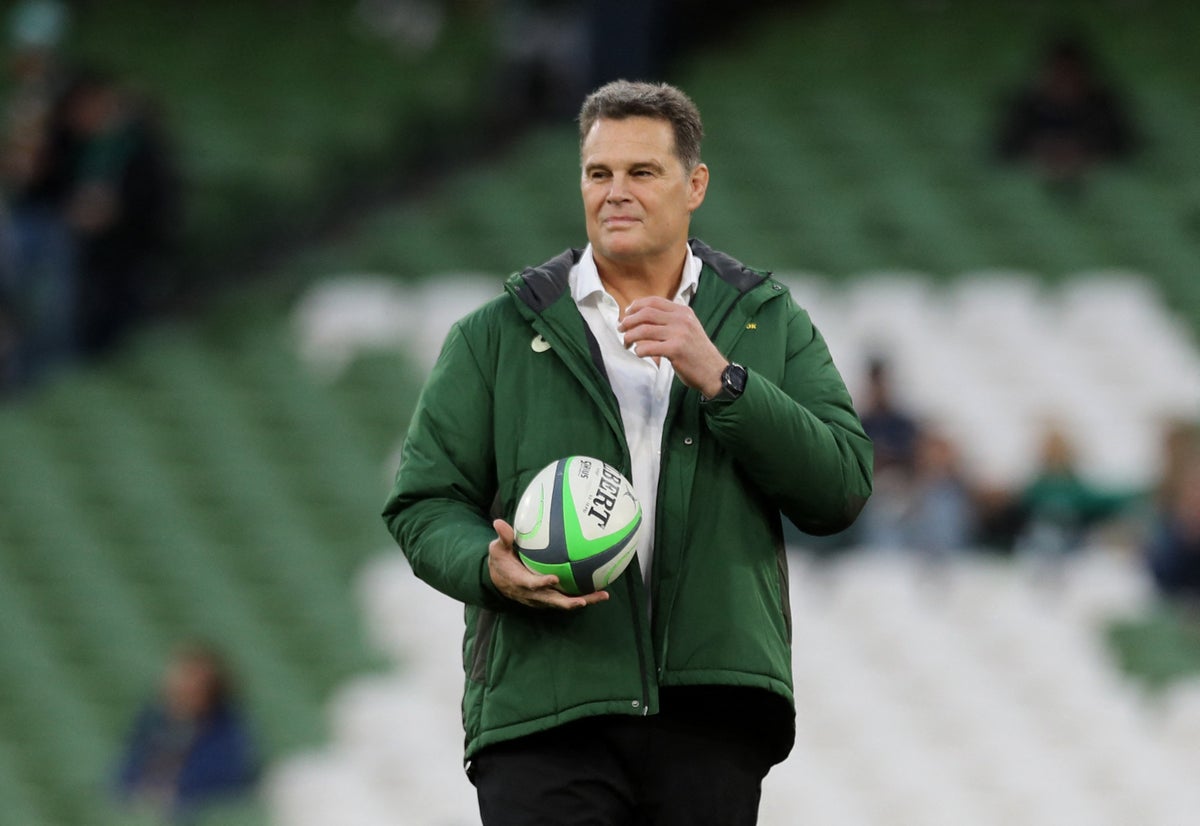 England head coach Eddie Jones insists referees should be treated with respect as he once again prepares for a South African team to do without Rassie Erasmus at Twickenham.

Erasmus, the Springboks’ director of rugby, will lift a matchday ban on Saturday for publishing a series of sarcastic tweets criticizing officials at the Autumn Nations Series.

The mastermind behind the Springboks’ 2019 World Cup victory has only just returned from a year-long suspension for releasing an hour-long video of him criticizing Australian referee Nick Berry during last year’s Lions tour.

‘Rassie might come in a laundry basket! That’s been done before, right? Usually by the Tottenham manager! I’m sure he’ll get in there one way or another,” Jones said.

“All I would say is that we have to respect the referees and take care of the referees. They are an important part of our game. What happened, happened,” Jones said.

Jones has dropped his two vice-captains Ellis Genge and Jack Nowell as part of four changes to the starting XV that saw a dramatic late draw with New Zealand.

Genge is the victim of a revamped front row that sees recalls for prop Mako Vunipola and hooker Jamie George and the Leicester loosehead have to settle for a spot on the bench, where he’s joined by Luke Cowan-Dickie.

In the lone change to the backs, Tommy Freeman replaces Nowell in his first appearance since emerging as a hit on the July tour to Australia.

“We were happy with Jack last weekend, but we feel Tommy Freeman is starting to get in shape. He has good pace and will add something to the team,” said Jones.

“We are very happy with Alex’s progress. He’s someone who wasn’t immediately in the picture when we got into the fall, but through injuries and other issues he’s made his way into the squad, doing really well and qualifying himself for a World Cup spot.

“He’s playing against some of the best players in the world. While he won’t face Eben Etzebeth directly, he will play against him and those are great learning opportunities.”

Manu Tuilagi wins his 50th cap on Saturday, 11 years after starting an international career that has been plagued by a series of serious injuries.

“It has been a difficult time for Manu. The good thing for us is that he has been involved in every training for three weeks,” said Jones.

“Yesterday (Wednesday) we had a pretty tough session and he endured everything. We are very happy with his progress. And the progress of the team.

“This is another chance for the team to take it a step further. We started the first game of the autumn against Argentina slowly and were not at our best, but with each game we are getting a little better.”

‘Sue Me’: Margot Robbie says she took the ‘opportunity’ to kiss Brad Pitt on Babylon

Last moments of wife and daughters shot dead by husband in...

‘Sue Me’: Margot Robbie says she took the ‘opportunity’ to kiss...