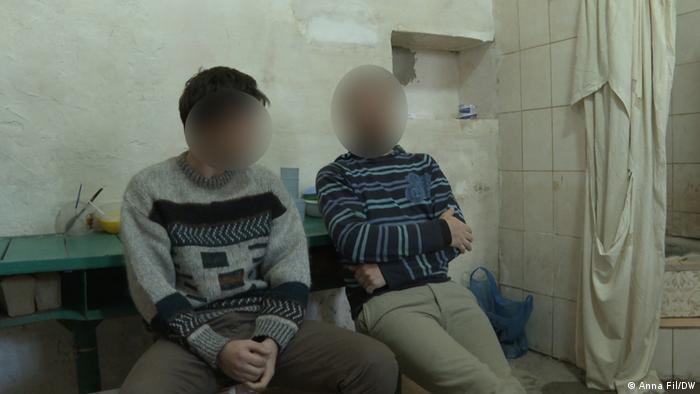 In a pre-trial detention center in Ukraine, the second floor is reserved for Russian prisoners of war. TUSEN does not name the exact location of the building for security reasons.

Russians are held separately from other prisoners. We’re told it’s “for their own protection.”

Following a request from journalists at the State Penitentiary Service of Ukraine, TUSEN became the first media outlet to interview Russian prisoners and film in the prison.

Permission was granted on the condition that TUSEN not report the exact location of the prisoners or show their faces.

We were also only allowed to speak to prisoners who were not accused of war crimes and who had no other criminal charges: interviewing these people would require additional permission from investigators or the prosecutor.

Seven men of different ages are seated in one of the cells. They are not surprised by the visit of the journalists. It is said that representatives of the United Nations or the Red Cross pass by every week.

During the interviews, TUSEN journalists were accompanied by prison staff who allowed them to choose the men they wanted to interview.

TUSEN interrogated four prisoners after they gave their consent; they were all professional soldiers and had nothing to hide, they said.

“Honestly, we were cheated,” Roman, from Vyborg in Russia, tells us. “At first we were told it was for humanitarian purposes. But I was immediately sent to the front.” Roman was injured in battles in the Kharkiv region. The Ukrainian army, he says, took him with him and provided him with medical treatment.

On the other hand, Artyom, another prisoner, says he made a conscious decision to participate in the “special military operation” against Ukraine. (Editor’s note: This is the official Kremlin term for Russia’s war on Ukraine.)

He responded to an online ad he came across and was sent to Donetsk, which is controlled by pro-Russian separatists. There he learned to drive a T-72 tank in just a few days. Then, he says, he was sent in the direction of Zaporizhzhya, but his battle tank was destroyed, and he himself was captured by the Ukrainian Azov regiment. The Russian prisoner says he was given food and cigarettes, adding: “I didn’t see any fascists.”

When asked why he went to Ukraine, Artyom replies: “On television they tell us that we are supposedly fighting for a good cause, but in reality this is not the case at all. It was only here that I realized that.

Artyom calls the Russian military “looters and murderers” when speaking with TUSEN.

What is daily life like for Russian prisoners of war?

The cells are furnished with antique furniture. It’s cramped but clean. There is a common table for all, with plastic dishes, spoons and forks for each prisoner. The cutlery is metal.

According to the guards, plastic cutlery is normally used in prison for security reasons. But with prisoners of war, they say, things are easier. They are not aggressive and usually just wait for a prisoner exchange.

Lunch is distributed to the Russians by a Ukrainian prisoner under the supervision of a guard. Borscht, a soup made from red beets and buckwheat porridge went through a trapdoor in the doors of each cell. 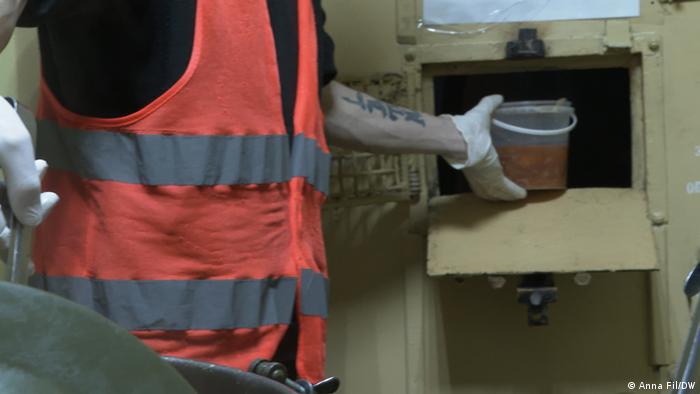 For breakfast, there was corn porridge with meat, the prisoners say. According to the meal plan posted in the hallway, food is served three times a day. In addition, POWs are allowed to walk around and bathe daily.

‘Get out of here! You have nothing to do here!

In another cell, there are three young men in their twenties. On the table next to their beds is a stack of books. Prisoners say they enjoy reading detective stories and novels.

One of them is Dmitry. He says he was unaware that his unit would travel to Ukraine from Belgorod in Russia on February 24. “We weren’t told where we were going. we were,” he says. “I asked the commander what we were doing here and the answer I got was that I shouldn’t ask unnecessary questions,” Dmitry recalls.

When his tank came under fire near Pryluky in the Chernihiv region on February 27, he surrendered to the Ukrainians.

During the interviews with him and two other prisoners of war, a guard, a psychologist from the remand center and other prisoners were present. TUSEN reporters personally felt that the presence of detention center staff had no impact on prisoners’ stories or their willingness to speak. 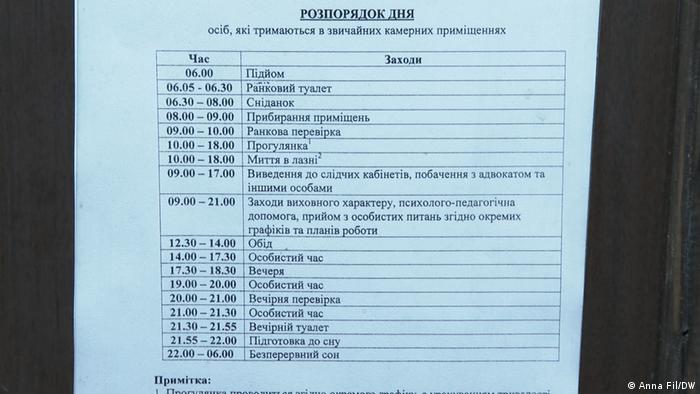 The guards did not listen to the conversation. They kept their distance and did not pressure TUSEN reporters.

TUSEN spoke to prisoner Oleg of Karelia privately in a separate room. He renewed his contract with the Russian forces in March, he says. “I believed the news on television that we were going to Ukraine to help, that there were nationalists here who would kill and torture their own people,” he says.

But when he arrived in the Kharkiv region, he said, he did not see a single nationalist. “When we arrived in the villages, people told us bluntly: ‘Go away! You have nothing to do here!'”

When he signed his contract, Oleg says, he was promised training and that he would not be deployed to the front lines. But after just three days, he was ordered to surround Kharkiv, a city of over a million people. His unit tried to return to Russia, but the commander forbade it. They then lost contact with the commander and his unit was captured by the Ukrainian army soon after.

Can prisoners of war be trusted?

All the prisoners with whom TUSEN was able to speak assure us that they regret their participation in the invasion of Ukraine and that they did not fire on peaceful civilians in villages and towns. So far, Ukrainian investigators have also failed to produce any evidence of war crimes they may have committed. The prisoners were also reportedly examined with polygraphs.

Prison staff say Russian soldier Vadim S., who was also imprisoned with the prisoners here, allegedly only confessed to shooting and killing a civilian in the Sumy area during a polygraph test.

On May 23, a Ukrainian court sentenced him to life in prison. It was the first verdict in a trial of a Russian POW in Ukraine.

None of the prisoners TUSEN spoke to complained of poor prison conditions or inhumane treatment. “We are asked every day if we need something. If possible, we get it. The food is balanced,” says Roman.

According to the Ukrainian Ministry of Justice, about 3,000 hryvnia (equivalent to 95 euros) are needed each month for a prisoner of war – to meet his needs for food, clothing, hygiene items, as well as water and electricity. Added to this are the expenses for medical equipment and medicines, as well as staff costs. 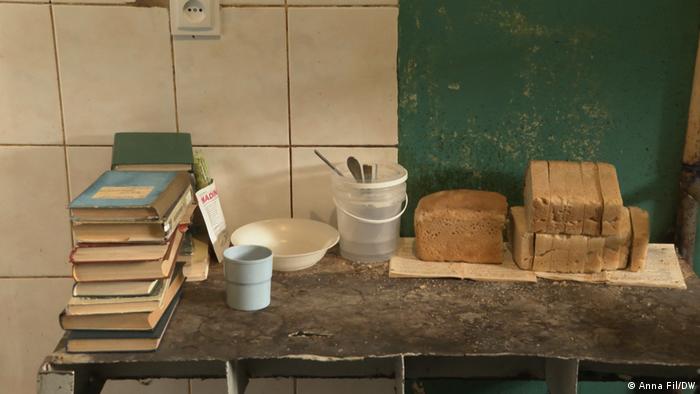 Deputy Justice Minister Olena Vysozka told TUSEN that the expense is justified because prisoner of war conditions must comply with the Geneva Convention. Additionally, Russian prisoners must be healthy and fit to trade with Ukrainians captured by the Russians, she said.

Treatment of prisoners in Ukraine and Russia

In an interview with TUSEN, the head of the United Nations Human Rights Mission in Ukraine, Matilda Bogner, said that the conditions of detention of Russian prisoners of war were generally satisfactory. According to Bogner, however, UN observers had also received reports that Russian soldiers had been mistreated and tortured after their capture.

There is also evidence that Ukrainian prisoners of war in Russia and in Ukrainian areas controlled by Russia are tortured immediately after capture, Bogner said: “There is a lack of food and hygiene, and the treatment of the part of the guards is brutal. “ 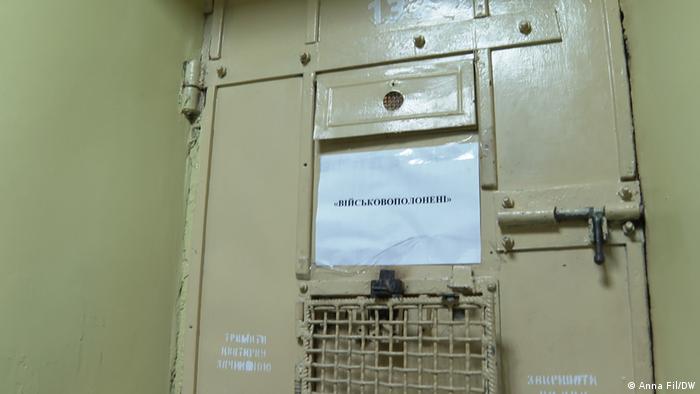 The UN has called on both sides to treat prisoners of war humanely and to promptly and effectively investigate all alleged cases of torture and ill-treatment.

There are no official figures on the number of Russian soldiers detained in Ukraine. Their number is constantly changing due to regular exchanges.

“Hope never dies,” says Dmitry, 20, who is still awaiting a prisoner exchange. After three months of captivity, all he wants is to return home.

And, he adds, he never wants to serve in the army again.

This article was originally written in Russian